For a team looking to carry some momentum into the playoffs, the Dallas Cowboys couldn't have asked for a better outcome to close out the 2018 regular-season in the finale against the New York Giants. The 36-35 victory wasn't pretty by any means, but the good far outweighed the bad yesterday afternoon for the Cowboys.

It was a little surprising the way Head Coach Jason Garrett handled this game. He chose to sit Ezekiel Elliott, Zack Martin, and Tyron Smith, but allowed Dak Prescott to play the entire game. It was a risky move to play his starting QB the entire time, but it did allow the offense to put some new things on tape ahead of the playoffs which should give opposing defenses a little something else to game plan for.

Overall, this was a pretty good performance by the Dallas Cowboys. They were not only able to win the game, but should be able to carry that momentum into the playoffs which is exactly what they wanted. But, the win doesn't let them off the hook. There was still plenty of good and bad, which brings me to this week's edition of The Good, The Bad, and The Ugly.

I really wanted to go with Wide Receiver Cole Beasley and Tight End Blake Jarwin as this week's good for the Dallas Cowboys, but I had to give the tiebreaker to Jarwin. He was simply phenomenal and one of the new things I referred to earlier that opposing defenses will have to worry about in the playoffs.

Blake Jarwin was spoken highly of earlier in offseason practices, but never really made much of an impact on offense this season. Both he and Dalton Schultz have performed much better these past few weeks, but it was #89 who opened a lot of eyes yesterday afternoon against the Giants.

You could say that Jarwin kind of blew up yesterday against the Giants. He finished the game with seven catches for 119 receiving yards and three touchdowns. By the way, that something future Hall of Famer Jason Witten never did. It was quite impressive and something that will hopefully carry over into the postseason.

Coming up with the bad this week for the Dallas Cowboys was more difficult than it has been in weeks past. There were a few unfortunate penalties that they still need to cut down on, but nothing like it has been in past games. So, I think this weeks bad is Wide Receiver Amari Cooper.

I think it's safe to say Amari Cooper has been in kind of a slump these past few weeks. He hasn't been bad or anything. He's just not taking over games like he did during the Cowboys five game win streak and it's time for him to get back to that dominating form, especially with the playoffs up next on the schedule.

The reason I put Amari Cooper in the bad the category this week was because of his untimely fumble. It could've ended up costing the Cowboys the game and killed the momentum they had built up for the playoffs. He needs to better job of securing the catch from here on out because those mistakes is what can lead to an early exit in the postseason.

I was really expecting to see a messy game from the Dallas Cowboys. I really thought the backups would play more than they did, but Jason Garrett stuck to his guns and played his starters for the most part. Overall the Cowboys played pretty well, but I think the ugly against the Giants yesterday was their performance on the defensive side of the ball.

The Cowboys defense was able to get two huge turnovers earlier in the game, but gave up far too many big plays for my liking. That's not something we typically see from this top-ranked defense, so hopefully we can just chalk it up to them having an off day in a meaningless game.

This isn't the type of performance they wanted heading into the playoffs. Yes, they will be happy with the turnovers they were able to come up with, but not their play overall. There were way too many missed tackles and a big plays allowed. It's something they will definitely look to clean up this week as they enter into playoff mode.

What is your good, bad, and ugly for the Dallas Cowboys against the Giants? 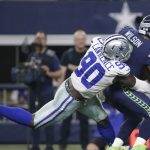 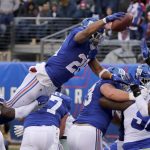