The Good, The Bad, and The Ugly for Cowboys Against Giants

I don't know about you, but I feel a lot better this week about the Dallas Cowboys after they thoroughly controled the game against the New York Giants last Sunday night. It amazes me how much better they played in the second week of the 2018 season as opposed to what they put on the field Week 1 against the Carolina Panthers.

The Dallas Cowboys performed better in all three phases of the game. The defense was simply outstanding, the offense looked much improved, and the fact that there weren't any breakdowns on special teams is an added plus. Overall, it's hard to be too disappointed with the way the overall team performed Sunday.

With all of that in mind, I want to share with you what I believe is The Good, The Bad, and The Ugly for the Dallas Cowboys from the primetime matchup with the division rival New York Giants. I know you may disagree with what I decided to go with in each category, but that's part of the fun of it.

If you watched the Dallas Cowboys against the New York Giants Sunday night then you pretty much know what the good was. How could I not go with the Cowboys defense? They were simply phenomenal against the Giants and are starting to become the identity of this year's team.

The Cowboys pass rush continuously put pressure on Quarterback Eli Manning and ended the game with six QB sacks. Nearly every defensive lineman got in on the action, which is hopefully a sign of things to come. The secondary was also really impressive. They played man-to-man coverage nearly the entire game and shut down the Giants aerial attack, including Odell Beckham Jr.

I was also really pleased to see the Cowboys linebackers playing much better. You may not have noticed, but the coaching staff is going with a rotation of sorts with the LBs, and it really looked as if it's helping keep them fresh. This could pay huge dividends moving forward, especially with Sean Lee's injury concerns.

I debated several different things to put in this section, but ultimately I decided the bad for the Dallas Cowboys Sunday night was Quarterback Dak Prescott and the passing game. Yes, it was better than what we saw from them in Week 1 against the Carolina Panthers, but there is still a lot of work that needs to be done from both Prescott and his receivers.

Unfortunately, Prescott only completed 16 of 25 passes for 160 yards and one touchdown against the Giants. Those are nearly identical numbers to what he put up against the Panthers, the only difference is he was much more successful on the ground, rushing for 45 yards on seven carries. If you take away his long TD completion to Wide Receiver Tavon Austin, those numbers are even more depressing.

The passing game and Dak Prescott needs to improve dramatically. The Cowboys simply aren't going to be able to continue to win games like this. The offense should've been able to put up a lot more points on the Giants Sunday night. Hopefully, things will continue to get better because if not, the Cowboys are in trouble. 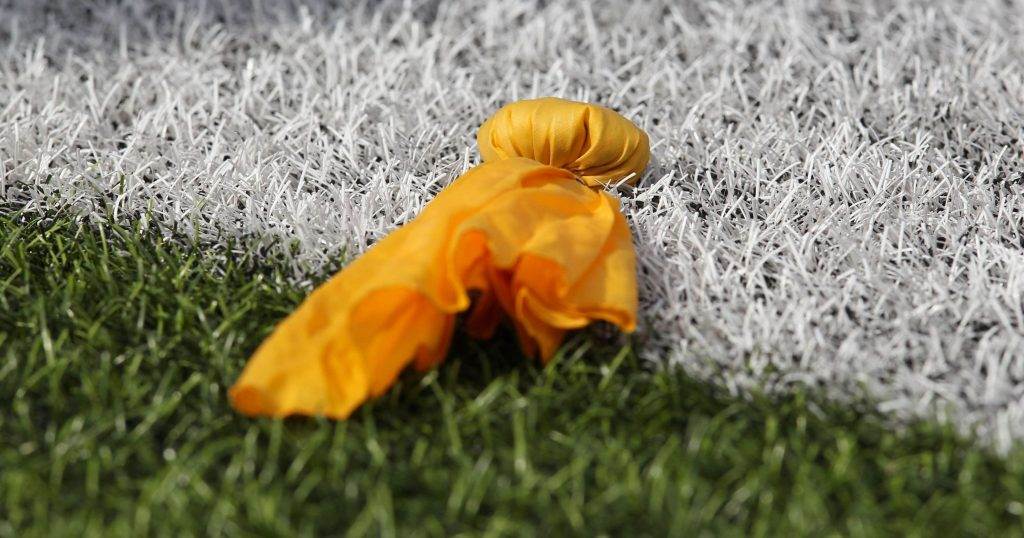 There was a number of different directions I could've gone here, but for me the ugly for the Dallas Cowboys Sunday night against the Giants was the penalties. Penalties became a problem for the Cowboys in Week 1 against the Panthers and once again reared their ugly head against the Giants. Unfortunately, this has continuously been a problem under the tutelage of Head Coach Jason Garrett.

The Dallas Cowboys were lucky that the untimely penalties didn't have much impact on the outcome of the game. If they would have been playing a better team than the Giants, they probably wouldn't have overcome the long down and distances. I want to believe this can be cleaned up, but Jason Garrett's going to have to start holding his players accountable, which at this point seems a little unlikely.

The Cowboys players are going to take it upon themselves to cut down the penalties. Most of the time it's just mental mistakes, so there is reason to believe they can accomplish this task. But, they are really going to have to buckle down and focus on remaining consistent down after down.

What is your good, bad, and ugly for the Dallas Cowboys against the Giants?