The Positives from the 2020 Dallas Cowboys

The 2020 season is over for the Dallas Cowboys and finishing with a 6-10 record, good for third in the NFC East, plus a bounty of injuries, have made it hard to look on the bright side. The season started off well with the addition of Head Coach Mike McCarthy and a very good draft that produced at least four starters going into next offseason. However, things went from bad to worse as the year went along.

Starting with losing Byron Jones in the offseason, then a huge amount of injuries including Dak Prescott who chose to bet on himself and play on the franchise tag. Additionally, the team had a near record-setting ineptitude on defense and saw high-priced players like Ezekiel Elliott and Jaylon Smith at times, play below their pay grade.

Still, now that this up and down frustrating season is over, we can look back at what went right and what the team can build on for a successful 2021 campaign.

Believe it or not, there was plenty to like. 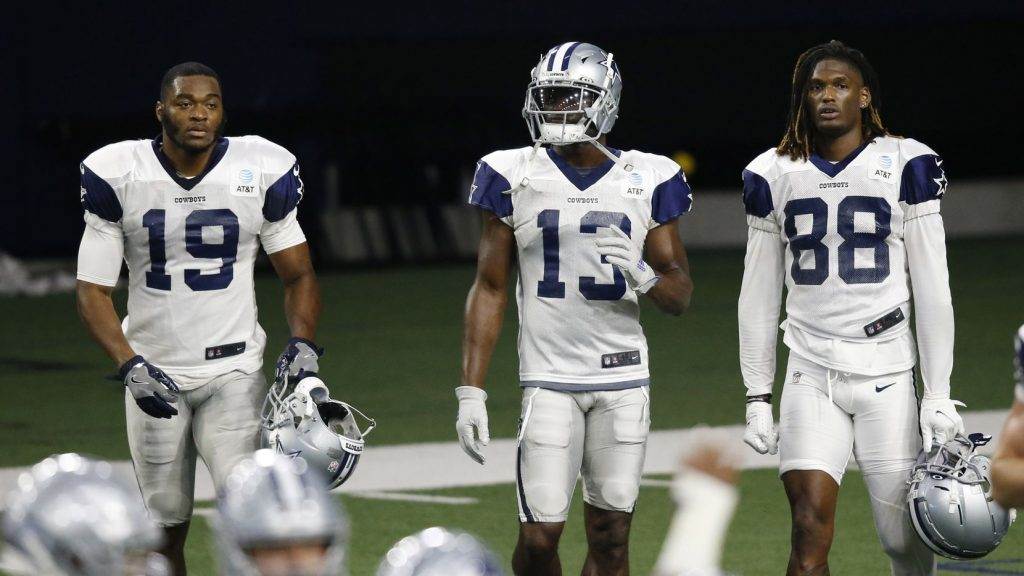 Having Amari Cooper and Michael Gallup was already a wealth of riches on offense. Add CeeDee Lamb who somehow fell all the way to 17 overall in the draft as well as the growth of Cedrick Wilson, and the Cowboys had one of the best, deepest receiver rooms in the game.

Here’s how the top four receivers ended up on the year:

What’s even more impressive is looking at the numbers from the scope of how many quarterbacks threw them passes.

In fact, if you look solely at the rate these four were on when Prescott was at quarterback, all three starting receivers were on their way to having a pair of 1,300+ yard receivers, a 1,100+ yard receiver, and a 500+ yard receiver. All signs are pointing up for the passing game.

When Blake Jarwin went down, it was a huge blow to the offense. After being rewarded with a four-year extension he was expected to have a breakout year but instead tore his ACL in the first game on his lone reception of the season.

Dalton Schultz up to that point was almost exclusively used as a blocking tight end. He had shown solid hands but wasn’t near the athlete that Jarwin was. However, he turned it into one of the best tight end seasons in the NFC this season.

With an impressive 63 receptions for 615 yards and 4 touchdowns, it’s not too hard to imagine what Schultz and a healthy Blake Jarwin can do for this offense next year. There’s plenty to love from the tight ends. 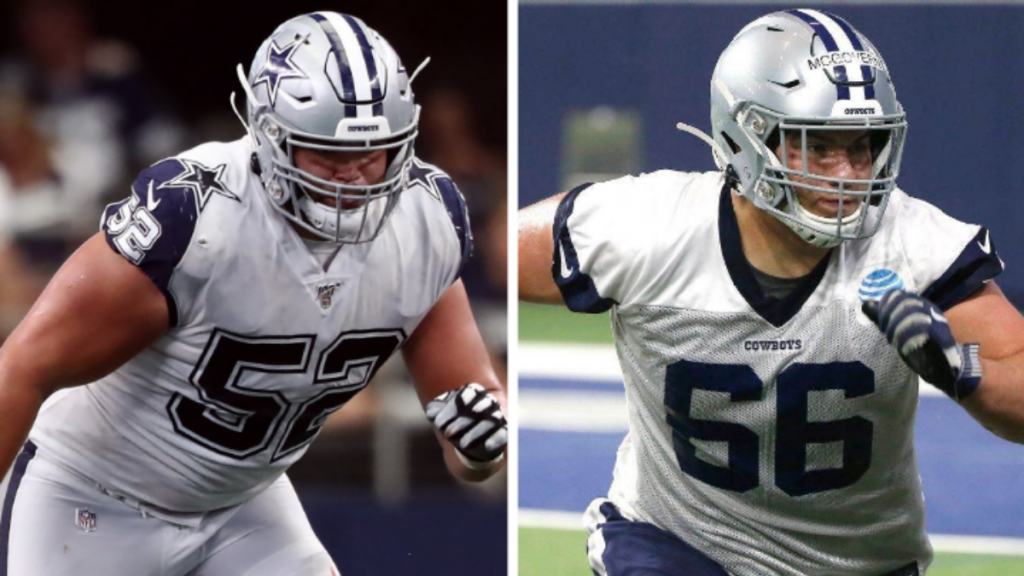 Losing La’el Collins for the entire season and Tyron Smith for most of the season decimated the Cowboys' exterior offensive line. In fact, after losing Zack Martin during the Thanksgiving game, the only projected starters remaining from the start of the season were Connor Williams and Joe Looney.

However, the constant shuffling along the offensive line allowed the Cowboys to witness three things with the interior:

Having too many good offensive linemen on a team is a great problem to have. In the Cowboys case, seeing how well these three played this year means the team can go potentially nine players deep on their front. Their line should stay fortified for the next few years.

Worst case, a player keeps playing well when called upon and can become a valuable trade piece later on. Either way, nothing but wins here. 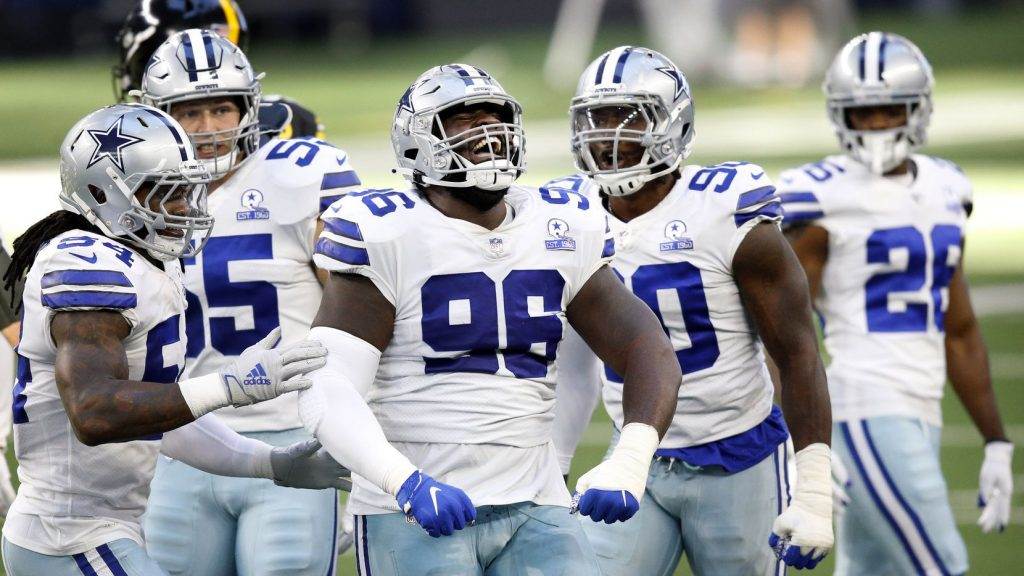 Despite being the second-worst rushing team in the league, the defense finished seventh in defensive turnovers with 23. They only complied 31 sacks as a team but over half of them went to four of their best players: DeMarcus Lawrence, Randy Gregory, Aldon Smith, Neville Gallimore.

DeMarcus Lawrence was coming off a year that left many scrutinizing him for low production, turning 2020 into a “comeback year” of sorts with 6.5 sacks, 15 tackles for loss, and 4 fumbles forced.

Randy Gregory and Aldon Smith had more eyes on them than probably any other Cowboy. Specifically, Aldon Smith, playing for the first time since 2015, and Randy Gregory, having been suspended more than anyone else since entering the league that same year. Together they totaled 8.5 sacks, 11.5 tackles for loss, 3 pass breakups ups, 3 forced fumbles, and 2 fumble recoveries on their right side edge.

And finally, the new kid on the block. Third-round rookie Defensive Tackle Neville Gallimore started getting the bulk of starts at tackle after the season-ending injury to Trysten Hill and the release of Dontari Poe. He performed well and gives a lot of promise going into 2021.

His biggest contributions came in the run game as he was constantly clogging up running lanes, allowing other players to get the ball carrier. Despite his modest stats (28 total tackles and sharing his only sack), anyone who watched the game saw how big of a difference he made on the interior defensive line.

Young Studs in the Secondary

It’s no secret that the secondary was one of the major weak points of this Cowboys defense. Safety has been a constant question mark and there’s rarely consistency at the corner position with the exception of Byron Jones who, as mentioned before, left in free agency.

In comes rookie Trevon Diggs and second-year player Donovan Wilson. They both shined in significant playing time so much that these holes in the secondary have become pieces to build their defense around.

It’s tough to ask a rookie to be the team's shut down corner but he, in large part, did just that with the most pass breakups on the team by a mile with 14, as well as leading the team with three interceptions. He did allow some big plays early on but as the season went along, he started to show that shutdown ability he had at Alabama.

This is Donovan Wilson’s second year but it might as well be his rookie season. Last year he was purely a special teams player, despite having a great preseason where he showed off his ball hawk skills. This year, he got his first significant playing time against Cleveland and earned his first start the very next week against the Giants.

Donovan Wilson has been a do-it-all safety, making tackles that don’t get broken, big hits, blitzing, in coverage, turnovers, you name it! He finished third on the team in tackles with 71 and added to it with 3.5 sacks, 3.5 tackles for loss, 3 pass breakups, 2 interceptions, 3 forced fumbles, and 2 fumble recoveries.

It's uncertain what the secondary is going to look like in 2021 but it’s going to start by being built around these two.

Shane Carterhttps://dawgpounddaily.com/author/scarter1/
Lifelong Cowboys fan, who doesn’t mind telling the harsh truth. I’ve got a Bachelors Degree in Electronic Media and Communications from Texas Tech University. I welcome all opinions but I will shut down any troll.
Previous article
Cowboys’ Lawrence Speaks on Mike Nolan’s Scheme
Next article
How Long Will Cowboys’ Exec Will McClay Continue to Turn Down GM Jobs?

BUT AT LEAST WE DO HAVE SOMETHING GOING FOR US

Just need to translate to wins next year

Problem is that the Cowboys overvalues its players.

The season has just ended and you are already complaining.

Part of the problem is that Jerry is an enabler. Like a permissive parent that won’t discipline their children. From calling the washed up Zeke our best player to proclaiming the inept J Smith is a cornerstone of the team. Even making excuses for McCarthy for not challenging the Pettis catch.

Rather than calling them out he makes excuses for them. This team is fat and happy. All that matters to Jerry is that people are talking about his team and the money keeps rolling in.

Well said Gary b , bottom line Jerry will do what’s best for BUSINESS , HE’S A BUSINESSMAN, that’s why I don’t think it will be to long into the offseason that they end up signing Dak to a 35 mil deal and keep overpaying players

Gary b and ThrowupX88 like some other Cowboy fans.I totally disagree with. I think JJ is the worst GM in the history of the NFL. However, he wants to win! Problem is he doesn’t have a clue how to go about it.

As far as the season. C’mon guys. We lost 2 very good OL players before the season started, the line was a MASH unit the rest of the season. We lost are QB after week 5, and Dalton missed two games. Do you remember who played QB for those two games. Dannuci and Gilbert…..PLEASE!

It came as no surprise that Elliott had his worst season running behind that line. Is he overpaid? Yes! Washed up…far from it guys.

As far as the coach. Mike McCarthy did a great job IMO with what he had to work with. He inherited these players! Did he have some questionable decisions this season. Absolutely! But he rallied a 3-9 team that had one of the worst DE in the history of the NFL, the death of a coach 1 or 2 days before a game and not too mention Dannuci and Gilbert and he had us playing for the division title in final week.

Now think about this. Do you really think that we lose both to Philly or Pittsburgh if Dalton played those games? McCarthy IMO is the best JJ has made in years! Give McCarthy 3 seasons at least before we judge him.

As far as our defense. We need to a better job of drafting defensive players and I also think that we would be better, a whole lot better if we ran a 3-4 defense! And one other thing. If any fan doesn’t Prescott is worth what he’s asking for. Look what happened to offense without him. Just one fans opinion.