The Dallas Cowboys have what many believe to be the best running back in the NFL in Ezekiel Elliott. However, you can never undervalue the importance of depth at any position. When the fourth round of the 2019 NFL Draft came around, the Cowboys added another weapon to the backfield by selecting Tony Pollard out of Memphis.

If you’re looking for a dynamic player maker with the ability to take it to the house at any given moment, Pollard is your man. The former Tiger averaged a touchdown every 13 touches in college. That’s an absolutely insane statistic when you think about it. He also tied an NCAA record with seven kick returns for touchdowns. Long story short, he can get you six points at the blink of an eye.

The versatility in his game is outrageous and undoubtedly the reason why he was drafted. In addition to running for 941 yards on 6.8 yards per rush, he also had 104 receptions for 1,292 yards. New offensive coordinator Kellen Moore has to be salivating about the possibilities with his new toy. Having a running back that can not only carry the load as a runner but also line up at receiver keeps the defense honest. You never know what angle the offense is going to come from.

This has to be a sigh of relief for Ezekiel Elliott. Now, the Cowboys don’t have to overexert him and can bring Pollard in on third downs if need be. Not just to give Elliott a breather but to change the pace of the offensive attack. You can hand the ball off, throw it to him or run jet sweeps when he is on the field. This sets up a potential combo at running back that could be the leagues very best shortly.

Speed, quickness, and agility are all wrapped up in the Tony Pollard package. The Cowboys now have a running back that can line up at multiple positions if need be. Also, this prevents a lot of unnecessary wear and tear on the body of Ezekiel Elliott. This combination has all the potential to set the NFL on fire in 2019.

Interested to see what Pollard can really do. Not sure he is all that! But I hope he is.

In the NFL he’s a backup backup, and that will be it.

Tap the breaks just a tad on this. The front office was saying the same the same thing about Austin, having about 20 touches per game last year. Pollard also ran a 4.56 forty at the combine…not exactly blazing speed. Change of pace backs are overrated. Cowboys offense has an identity…ZEKE…if he goes down, Dallas needs an RB2 that has the same type of running style/skillset.

Curious question for you Ben, if Dallas needs a Rb2 with Zeke’s skillset. It that person on our roster at the moment.? Pollard isn’t that guy, I’m sure of that. Olawale isn’t either. So maybe that 7th Rd guy they drafted? What do you think they do?

Hopefully RB2 isn’t on the roster….I don’t want Zeke’s primary backup being a 4th or 7th round rookie. They need to go out and sign a vet that is proven. Sign Ajayi, Morris or trade for Duke Johnson.

Please do NOT pay Zeke. Let him go. No RB is worth that kind of money when we have so many positions to pay

When you are a multi-talented back/receiver you can change gears in any situation….line Elliot up at back position and Pollard at receiver…Dak to Elliot, sweep, Elliot pass to Pollard touch down….Speed seems to be Pollards greatest asset to his success….he has the after burners in speed and quickness. That amounts to much of his success in college. But we all have to have a look see…after the real season starts and they are all in their prospective positions on the field.

If they allow Pollard to play in regular season…he will out shine Amari Cooper at receiver…..watch and see…. 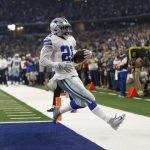 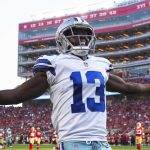