Wide receiver… Running back… Kickoff returner… Tony Pollard was utilized all over the place during his collegiate career with Memphis Tigers. After getting drafted by the Dallas Cowboys in the fourth-round of the 2019 NFL Draft, Pollard showed flashes of that versatility his rookie season, so much so it should help him receive an uptick in playing time heading into Year 2.

Tony Pollard's rookie stat line with the Dallas Cowboys reads 86 rushing attempts for 455 yards and 15 receptions for 107 yards with a total of three touchdowns (2 rushing, 1 receiving). Those are pretty impressive numbers considering he's playing behind a true three-down RB like Ezekiel Elliott. Those numbers should be even better in 2020.

Numbers aside, Tony Pollard's importance to the Dallas Cowboys lies in the depth he provides at two different positions (RB and WR). As things stand right now he's not only the primary backup to Zeke, but could very well be WR4 on the depth chart behind Amari Cooper, Michael Gallup, and CeeDee Lamb. I can't tell you how important the the latter is, because the Cowboys lack of WR depth is a pretty big concern in my opinion.

Yes, the Dallas Cowboys arguably have the best WR trio in the entire league in Cooper, Gallup, and Lamb. I'll not deny that. However, the depth behind them has more questions than answers right now. If anything were to happen to the Top 3, there would definitely be a dip in production.

As things stand right now Cedrick Wilson, Devin Smith, and Noah Brown are probably the favorites to make the active roster if the Cowboys decide to carry six WRs in 2020. Sadly, not one of three can be relied upon due to their inability to remain healthy. And surprisingly enough, Tony Pollard is already the more proven receiver of the bunch.

You may be surprised, but Tony Pollard's 15 receptions as a rookie is already more than Wilson, Smith, and Brown have been able to accumulate with the Dallas Cowboys. I know some of Pollard's receptions were out of the backfield as a RB, but a catch is a catch in my opinion. That's why I currently have him slotted as the WR4.

I don't know what Offensive Coordinator Kellen Moore is thinking, but if it were me I'd be trying to figure out the best way to get Tony Pollard more involved in the game plan week to week. His versatility can be utilized all over the formation should make him a nightmare for opposing defenses. He is a mismatch anywhere he lines up.

As excited as I am to see what Tony Pollard can do on the field in 2020, I'm just as excited by the depth he provides at two different positions. Having him on the team eases any concerns I have about the depth at both RB and WR. Like I said earlier, his versatility to play multiple positions could prove to be invaluable if worse comes to worse.

Interesting thought Brian and I’m all for finding a way to get the ball in Pollard’s hands more. Though he is probably most suited to the slot due to his size and short area quickness/burst.

I hope Jerry Jones doesn’t think it’s going to be easy with all the talent we have. It’s nothing without a team effort from the coaches,players and front office #trublu4life

Pollard works as a WR in 4-wide formations, but he’s not what we want as the primary WR3 in the event of an injury!

I think Devin Smith is a darn good receiver but he has little chance to get on the feild because of the starters. I think giving him more chances he will show up but in this offense thats not going to happen. The more targets he gets the better he will be but I we won’t know that because of the 3 guy’s we have starting!! 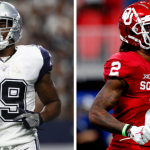 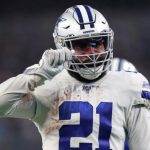