The Dallas Cowboys ended up with a total of 34 rushing attempts for 235 yards and two touchdowns against the Miami Dolphins Sunday afternoon. Those totals aren't all that surprising considering this was supposed to be a blowout, but how those carries were divvied up could be something to pay attention to moving forward.

As you would expect, Ezekiel Elliott handled the majority of the workload for the Dallas Cowboys offense. He had a total of 19 carries for 125 yards, but also ended up with two catches for 14 yards in the passing game. It's just three games into the 2019 season, but Zeke continues to quietly get off to the best start of his career.

What Ezekiel Elliott did against the Miami Dolphins isn't all that surprising. But what is surprising though is rookie Running Back Tony Pollard ended up not being too far behind No. 21 in touches. Pollard finished the game with 13 carries for 103 yards and one TD and added three catches for 25 yards. That's a total of 16 touches compared to Zeke's 21.

No other RB has come close to competing with No. 21 in touches since Zeke became a member of the Dallas Cowboys in 2016, let alone being nearly as productive doing so. As surprising as that is though, Tony Pollard also stole the “closer” role Sunday afternoon against the Dolphins as well. It's not something that should be taken too lightly, even though the Cowboys had the game put away.

The closer role as something Ezekiel Elliott has done quite well since arriving in Dallas. His ability to pick up the tough yards and control the clock has won the Cowboys many games, which is why seeing someone else handle that responsibility was a bit odd. However, Tony Pollard was quite impressive closing out the Miami game.

To me, this shows that No. 20 has earned the trust of the Dallas Cowboys coaching staff. They wouldn't put him out there in that kind of position if they didn't believe he was capable of handling the job. With the wear and tear Zeke will accumulate throughout the season, this is a role Pollard could reprise at some point. Fortunately he looks to be up to the task.

I don't expect this to be a regular gig for Tony Pollard and I also don't continue to see him having nearly as many touches as Ezekiel Elliott either, but there's no doubt he's upgraded the Dallas Cowboys backup RB position. I think he's just starting to scratch the surface of his talent and has earned himself an expanded role on offense. His days as the “closer” though may be few and far between.

What did you think of Tony Pollard in the “closer” role?

The score was also a big reason Pollard closed out the game. Zeke already had 19 carries, so it was smart of the team to not give him additional carries in the 4th quarter of a blow out. It’ll help him stay fresher in December and January.

I am so “GEEKED up!” to see what this team can do in Nawlins against the Saints. If Woods (both) can play what a great situation to be in that we have such quality back ups and even guys like Darian Thompson, Chris Covington, and Trysten Hill were able to contribute. I have a feeling we win by 10+.

I Called this out in my Fantasy Leagues..and personally think it’s great that Pollard, as I said, Should be given an ops to be brought up to speed on a live game situation, And there it was and between him and one other Notable player I left on the bench, I should have won that week as he gave me 5 more pts than Zeke by 5…I will be a Pollard fan, I think he’s got the “”Right Stuff” in his pocket waiting to be utilized. Let’s hope, with Zeke’s strong finesse of the game, Cowboys don’t wait too long and lose him(Pollard)!!! 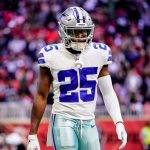 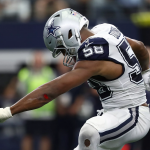