Typically, when a coach is asked about a potential future coaching job that is currently occupied, he'd never openly admit to eyeing that position. He'd dodge the question, lie, and say he's enjoying his time away from the game at the moment.

Former college coach Urban Meyer, however, was extremely clear in how he feels about the potential opening at head coach in Dallas with the Cowboys.

Fox Sports' Colin Cowherd asked Urban Meyer outright if he would take the job if offered, and Meyer made no mistake about it.

While it feels to me like Meyer is breaking some sort of unspoken code between coaches with these comments, it wouldn't be the first time he operated in shady waters.

Of course, Urban Meyer had incredible success at the collegiate level. He won multiple national championships and did a lot of winning at multiple programs. In addition, he was the college coach of Cowboys star running back Ezekiel Elliott, who the team just extended with a monster contract. Meyer also won with quarterbacks who can utilize similar skill-sets to Cowboys starter Dak Prescott, something Jerry Jones and company would want to see in any potential head coaching candidate.

With all that being said, though, it's important to mention the Cowboys head coaching job is not open. At least not yet.

Jason Garrett's contract expires at the end of this season, and unless he can make sure that he continues coaching this team through January, it's seeming increasingly likely that this will be his final contract with the team.

Garrett's Cowboys face their biggest test of the season on Sunday night, with the Philadelphia Eagles coming to Arlington and looking to take first place from their grasps.

This will be the first step of many that Garrett will need to take if he wants to keep the Urban Meyers of the world from coming for his job. 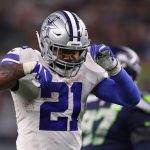 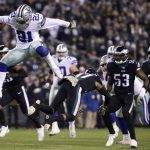