The Dallas Cowboys made a surprising roster move on Tuesday night, moving on from 2016 second round pick Jaylon Smith. Playing just 40% of the team's defensive snaps in Sunday's win over Carolina, and 17 special teams snaps all season, the Cowboys decided to get out of Smith's contract mid-season.

The timing of this move hurts the Cowboys cap space situation, but at 3-1 atop the NFC East shows their commitment to allowing coaches to make roster decisions. First-year DC Dan Quinn has used rookie Micah Parsons and Leighton Vander Esch at linebacker, with Keanu Neal expected to return from the COVID-19 list soon.

Even with injury risk, tho, you don’t make this move without options in mind. And Dallas has a lot of them.

Keanu Neal is due back. He played 70+% of the snaps in the 2 games he’s played. LVE & Micah are obvious.

then there’s the fun one. What could this mean for Jabril Cox?

Neal started at linebacker in the opener against the Buccaneers as well as the win at the Chargers. Fourth round pick Jabril Cox could also join the Cowboys rotation at LB, putting another player with strong coverage skills on the field. This has been a focus under Quinn, playing three safeties with FA addition Jayron Kearse as a hybrid LB/S in ‘Big Nickel' sets.

More playing time for Cox on both defense and special teams would give the Cowboys another early contributor from their most recent draft class. Parsons along with Osa Odighizuwa and Chauncey Golston have helped turn the defense around, while second round pick CB Kelvin Joseph is expected to return from IR in the coming weeks.

Joseph can compete for snaps opposite of Trevon Diggs, the NFL's leader in interceptions with at least one in each game this season. The Cowboys secondary will have help at safety when Donovan Wilson returns, inactive against the Chargers and Panthers. Malik Hooker, who was signed during training camp, has filled in for Wilson.

All of the changes the Cowboys have made on defense to overhaul a historically bad unit from 2020 point to their need for depth and players that can fill multiple roles. With LB being one of the strengths of this roster coming into the season, it wasn't surprising to see Jaylon Smith lose snaps. Dallas has used their depth here to fill other holes on both defense and special teams, no longer seeing a role for Smith to do either.

There are vets who won’t take pleasure in seeing him go, but they see Quinn’s plan and their belief in him right now is bulletproof.

The slew of new faces on defense just met J. Smith this summer.

The Cowboys have just three remaining 2016 picks – at the time considered a historically good draft class under HC Jason Garrett. Fortunately, two of them are Dak Prescott and Ezekiel Elliott. Tasked with not only driving the Cowboys high-scoring offense but being locker room leaders as well, an otherwise young Cowboys roster won't be shaken much by the absence of Smith. Their first test without Jaylon Smith will come against Garrett's offense, when the 1-3 Giants visit AT&T Stadium on Sunday.

Though this will be Garrett and QB Daniel Jones' first game against Quinn's defense, the Giants have lost seven of their last eight to the Cowboys. Jones' lone win against Dallas came in week 17 of last year, ending the Cowboys playoff hopes in a division won by a 7-win Washington team. 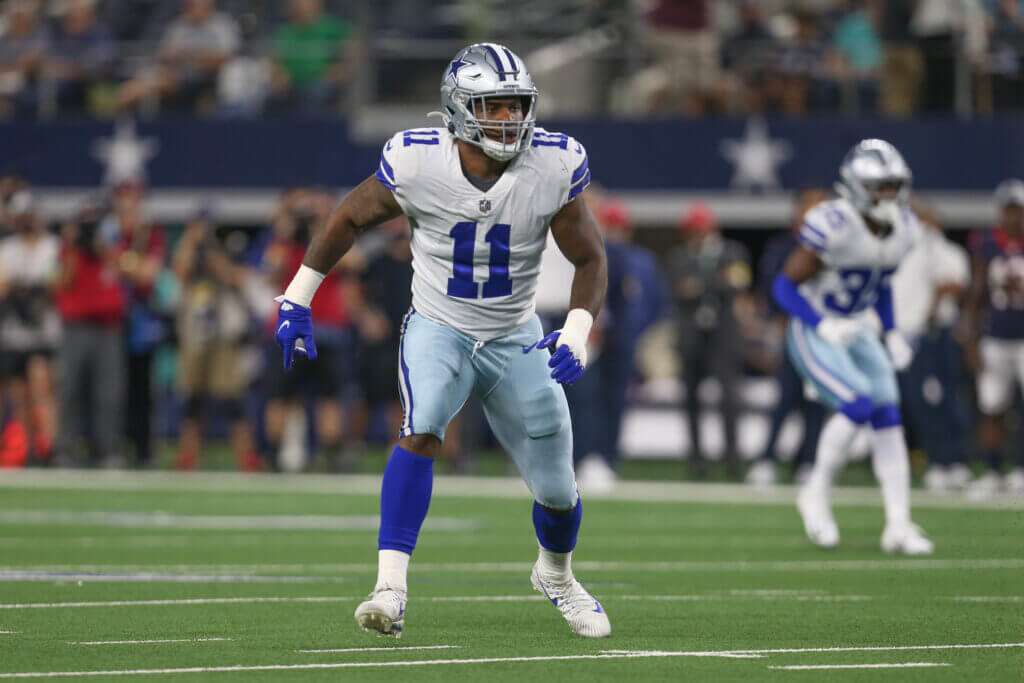 The Cowboys have been favorited to win the NFC East this season thanks to their offense, assuming Dak Prescott plays all 17 games. Prescott and the offense have held up their end, but it's the Cowboys rebuild on defense that could see them pull away from the division early. Making the decision to cut Jaylon Smith and trust what they've done at linebacker is just one part of this turnaround.

Are The Cowboys Now A Defense-First Team?

The Cowboys sit at 1-1 after the opening two weeks of the season, with a noticeable shift in how the team wins games. Everyone loves...
Read more
Game Notes

DC Dan Quinn Shares How They Prepare for Tom Brady

The big game is almost here, Tampa Bay Buccaneers vs The Dallas Cowboys. Everyone on the Dallas staff is taking this game very seriously,...
Read more

Great story of coming back from a horrific injury but poor performer past 2 seasons as evidenced by his inability to change direction, bad at diagnosing plays, taking bad angles, patented swipe celebration when not called for. He was pressed into duty with injuries, but his playing time has diminished. I wish him well, but he is the high-priced epitome of a progress blocker. Hello Cox & Neal. LVE, you’re next.