What the Cowboys Offense Means for their Playoff Hopes in 2021

The time just before NFL training camps open is one reserved for optimism about the new season. Just by looking at players returning from injury, few teams have more to be excited about than the Dallas Cowboys on offense. Injuries to Dak Prescott, Tyron Smith, and La'el Collins derailed what should have been a dominant offense for the Cowboys in 2020.

With all three already back on the practice field, visions of that offense can return in 2021, while Dallas hopes sweeping changes on defense can support them better than the average of over 29 points they allowed per game a year ago.

Until the pads come on and new DC Dan Quinn has had time to work with his new defense, it's hard to project how Dallas will fare on this side of the ball. For now, let's take a look at how previous high-scoring offenses around the league have fared in their division and into the playoffs to see just how viable a “Team 40 burger” strategy is. 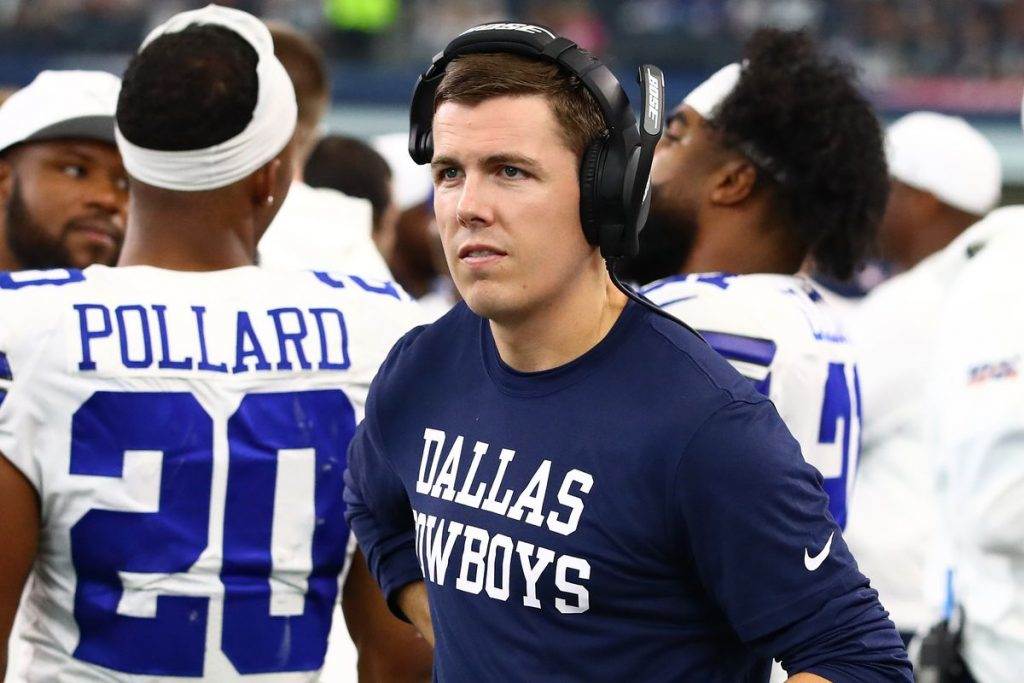 Expecting the Cowboys to be an offensive juggernaut this season starts with the growth they showed a year ago despite key losses. Winning 31-28 at the Vikings, 41-33 against the 49ers, and 37-17 vs. the Eagles all with Andy Dalton at quarterback showed the Cowboys investment in OC Kellen Moore is paying off.

Moore has been the Cowboys play caller for two full seasons now, but for only 21 games with Dak Prescott healthy, and five games with last year's rookie sensation CeeDee Lamb on the field with Amari Cooper and Michael Gallup.

Left tackle Tyron Smith missed three games in 2019 while right tackle La'el Collins missed one, and both tackles were lost for the season last year – Collins before week one and Smith after making two starts, one of which was a 38 point output for Dallas against Cleveland.

All around the NFL, tackle is one of the thinnest positions for any team to have reliable depth. That the Cowboys maintained any continuity on offense without either tackle or starting quarterback a year ago is the biggest reason to buy in to what they'll accomplish under Moore in 2021.

Other statistical outliers such as the Cowboys leading the league in drops, and RB Ezekiel Elliott fumbling six times, are things to watch as potential turnaround points that could help the Cowboys get back to breaking scoreboards this season.

Looking at how points per games translated to last year's playoff field, the cutoff for eleven of the 14 teams was the Browns at 26.3 PPG. Good for 13th in the league, only the Washington Football Team, LA Rams, and Chicago Bears made the playoffs scoring fewer points per game.

Washington relied on their defense to capitalize on a disastrous year for the NFC East, the Rams moved on from QB Jared Goff this offseason, as did the Bears with Mitchell Trubisky before drafting Justin Fields. It's fair to say none of these teams had as good a QB situation as 16 games of Dak Prescott would provide a year ago.

Having a productive offense and not translating it to playoff success is nothing new for the Cowboys, transitioning from Tony Romo to Dak Prescott in a way few franchises are able to find starting QB talent. Even still, you don't need me to tell you that Dallas hasn't reached the NFC Championship game since 1996.

Even the most recent game from a season ago, Super Bowl LV, served as a reminder of what can happen when an offense like the Chiefs meets a shutdown defense in Tampa Bay.

The Cowboys ranked 21st in points per game in their most recent playoff appearance of 2018, but also ranked 23rd in pass percentage under OC Scott Linehan. A divisional round loss at the Rams would be Linehan's final game on the Cowboys coaching staff. In 2016, the Cowboys ranked fifth in points per game, entered the playoffs for the first time under Prescott, and were unceremoniously bounced from the playoffs at home against the Packers as the NFC's top seed.

Being Elliott's rookie season, the Cowboys rode their fourth overall pick to the lowest pass percentage in the league in 2016.

The Cowboys finished in the top five of this statistic twice under Jason Garrett with Romo at QB, finishing 8-8 both seasons and falling short of the playoffs. Of course, pure passing percentage is a rough predictor of playoff success because teams that find themselves constantly trailing in games are forced to throw the ball much more often than they'd like.

The Cowboys ranked 12th a year ago with Dalton starting nine games, maintaining the type of balance consistent with playoff teams such as the Bills and Buccaneers.

The 2013 Denver Broncos are the gold standard for a high flying offense, passing the 2007 Patriots in points scored with Peyton Manning. Their season ended at the hands of Seattle's prime Legion of Boom defense in the Super Bowl, 43-8.

Only when the Broncos fell to 21st in scoring offense three years later did they win the Super Bowl under Manning, relying much heavier on a suffocating defense featuring former Cowboy DeMarcus Ware.

In this year's postseason, the team with a higher PPG ranking than their opponent won just eight of the 13 games.

So, what exactly can the Cowboys do on offense to separate themselves as contenders this season? The stats shown so far point to encouraging trends in passing efficiency and their willingness to open up the offense.

ANY/A is another great tell for scoring offense and winning games, specific to a team's quarterback. It is an adjusted yards per attempt metric that factors in touchdowns as well as sacks. Prescott's best ANY/A season was 2016, and in his five starts in 2020 he was at 7.72. 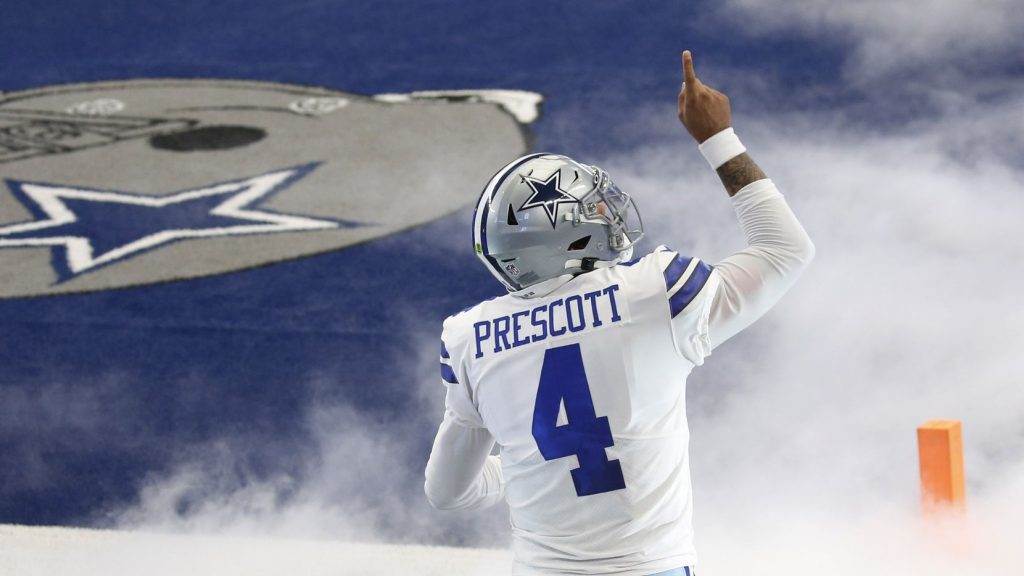 Peyton Manning led this stat in the benchmark 2013 season for a passing offense, and the four QBs to play in Championship Weekend this year all fell in the top eight for 2020. Tom Brady was eight in the league at 7.53 while Aaron Rodgers led the league at 8.89.

Keeping Prescott clean with a healthy offensive line and working tight end Blake Jarwin back into the offense gives the Cowboys all they need to create a passing offense that puts enormous pressure on not only opposing defenses, but offenses to play a near perfect game themselves.

As mentioned, it's hard to make many predictions for the Cowboys defense at this point. Finding similarities in the defenses of the teams already mentioned can be difficult as well, other than their ability to be opportunistic and create short fields or extra possessions for their offense.

The Seahawks defense that took down the 2013 Broncos? They led the league with a +20 turnover differential. This year's Super Bowl featured two teams with +8 and +6 differentials, a testament to Patrick Mahomes and Brady's ability to take care of the ball and maximize the chances their offenses had.

A similar style of play has worked in Dallas in recent memory, just not with the missing piece that is playoff success. Chasing it with a young offensive coordinator, quarterback, and all-around offense is an approach many teams are looking to emulate.

Working to the Cowboys advantage is a division in which no team stands out as a clear favorite ahead of them. This could provide the time needed for their defense to come around on supporting an offense that should be ready to start the season at full strength.

With training camp around the corner, the position battles that shape the Cowboys roster will be heating up, as will their ability to test an unproven defense with a star-studded offense on the practice field in Oxnard.

The deed is done... Hall of Fame Quarterback Tom Brady has officially retired for the second time in his career. In early 2022 around this...