What Will 2021 Hold For TE Blake Jarwin?

No player had more Cowboys Nation driven hype relative to their actual national recognition level than tight end Blake Jarwin had ahead of the 2020 season.

Jarwin had put together a few really impressive performances when given increased opportunities with Dak Prescott the prior two seasons, and looked poised to take the next step as the team's TE1. He was being heralded as a fantasy sleeper in some circles, and was expected to bring a dynamic element that Jason Witten simply lacked towards the end of his career with the Cowboys.

Jarwin even signed a three year extension with the team ahead of the season, solidifying his place as the team's next starting tight end.

But, instead, disaster struck.

Jarwin played just 25 snaps in 2020, suffering a season ending knee injury during the second quarter of the team's opening game in Los Angeles. 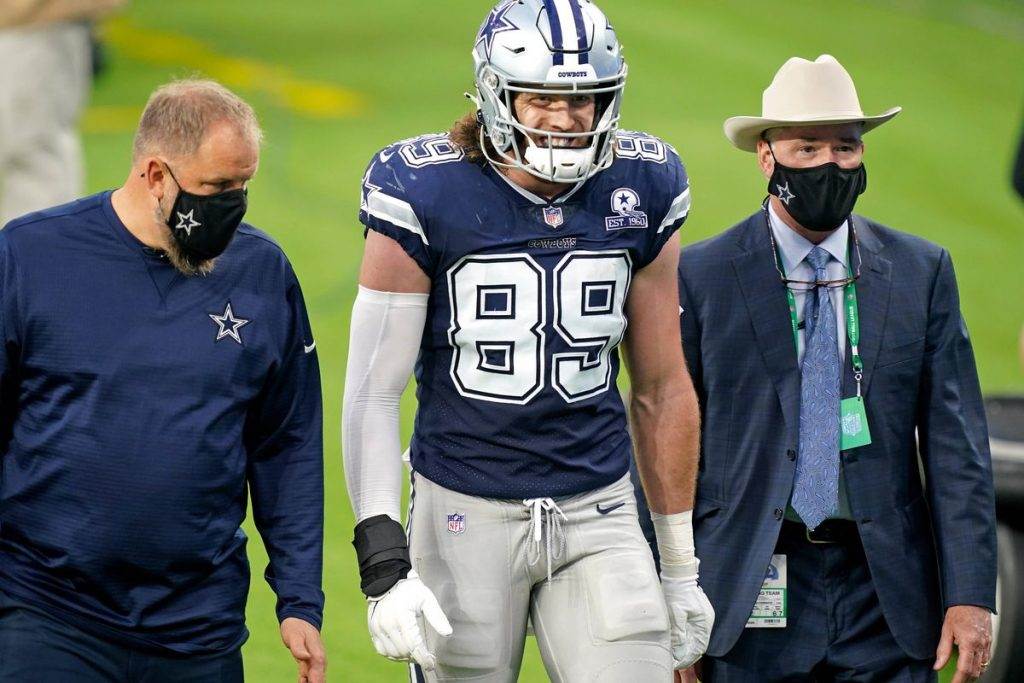 Jarwin would have surgery in October of 2020, and is doing his best to return healthy to the starting lineup in 2021. But even without Jarwin, the Cowboys found success with their tight end position in 2020.

Dalton Schultz stepped up in an unlikely way, catching 63 balls for 615 yards and four touchdowns. He was more than serviceable in his play, and had a couple monster performances when Dak Prescott was healthy early in the year.

So where does this leave Jarwin in the Cowboys offense?

Well, if healthy, I still believe he is the starter. Schultz showed a lot when he got the chance last year, but we know how good Jarwin can be. Jarwin opens up the middle of the field and adds a yards-after-catch element to the position that I don't think Schultz can bring.

Schultz should still play a role this year, but it's hard to see the Cowboys suddenly running a lot of two tight end sets. Kellen Moore has a lot of mouths to feed on the offense, and playing three wide receivers in Gallup, Cooper, and Lamb will just about always give them their best chance to win.

But, hey, you'll never complain about having too many competent pass catchers on offense.

And the 2021 Cowboys are set to have an embarrassment of riches in that department.

Kevin Bradyhttps://kevinrobertbrady.wordpress.com
Die-hard Cowboys fan from the Northeast, so you know I am here to defend the 'boys whenever necessary. Began writing for a WordPress Cowboys Blog, and have been with ITS since 2016.
Previous article
NFC East Projected to Remain Weak in 2021; Can Cowboys Take Advantage?
Next article
Report: Cowboys “Haven’t Discussed” Former Texans Star JJ Watt

This article makes sense in IMO and PPflies in the face of these mocks that have us drafting a TE in the first round. Pitts is a very good prospect, but we have much bigger needs elsewhere.