The Dallas Cowboys 2018 season is over, and in usual abrupt fashion the offseason is upon us. For the Cowboys, this means meticulously evaluating every part of the team – including a staff full of new coaches that quickly put early season struggles behind them to lead the Cowboys to the Divisional Round. To make matters even more complicated, further changes may be on the way for the Cowboys staff, yielding a season-high 273 rushing yards to the Rams.

The responsibility of this falls on defensive play caller Kris Richard, who the Cowboys should be elated to keep on their staff after he interviewed for three vacant head coach positions.  The timing of these interviews, taking place early in the Cowboys’ week of preparation for Los Angeles, is worth questioning when considering how unprepared the Dallas defense looked both mentally and physically.

The high-flying Rams’ offense beating the Cowboys at their own game is the story of how this season ended, but the highlight is Scott Linehan’s offense not challenging the Rams defense at crucial points in the game. Linehan hardly earns the same “trump card” that Richard can afford after this game, falling on the sword of predictability on offense while Richard revamped the entire Cowboys defense. 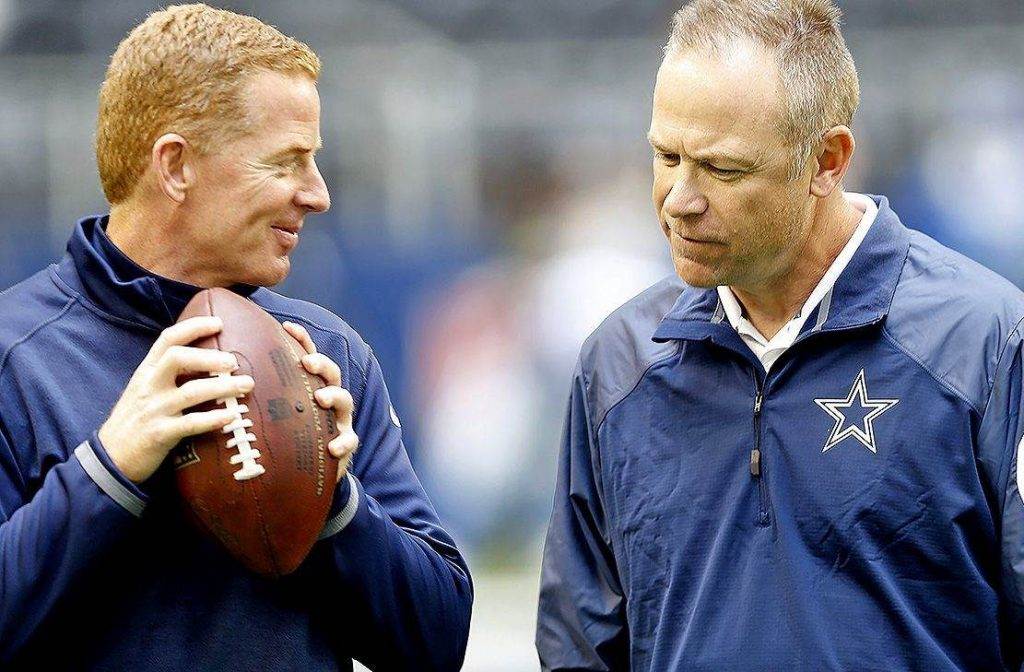 An aggressive Jason Garrett watched helplessly as his offensive coordinator invited the entire state of California, densely populated by Cowboys fans that packed the LA Coliseum, down into the box to run Ezekiel Elliott on fourth and a yard.

The turnover on downs from the Los Angeles 35-yard line squandered the Cowboys best chance at tying the game, with the Rams running it down their throats again to extend an eight point lead to 15 in the fourth quarter.

Scott Linehan wasn't the only person to leave without speaking to the media … Jerry Jones did, too #DallasCowboys

Linehan did not address the media after the game, nor did Jerry Jones – who ultimately will make the decisions on any Cowboys coaching changes. Assuring multiple times this season that Garrett will return, and answering an equal number of questions about Linehan’s uncertain job status, a shake up at both coordinator positions may be looming.

Richard was expected to be promoted to defensive coordinator, but following the Cowboys loss their current DC Rod Marinelli – having watched his defensive line get absorbed for most of the night – aired no intentions of leaving his post.

Rod Marinelli intends to be back as defensive coordinator and he does NOT appreciate the question or reports otherwise.

In the exceedingly unlikely scenario where Garrett is flanked by Marinelli and Linehan once again in 2019, an evaluation of the Cowboys positional coaches brought in under both coordinators must follow. One such look at the team’s performance on the offensive line happened mid-season, with assistant Marc Colombo replacing Paul Alexander and vastly improving the team’s play up front.

Other first year coaches that found themselves improbably coaching in the Divisional Round include Kellen Moore at quarterback, Sanjay Lal at wide receiver, Doug Nussmeier at tight end, and Keith O’Quinn as special teams coordinator.

Nussmeier and Lal are both potential in-house candidates to take over as offensive coordinator for the Cowboys if they do move on from Linehan. Nussmeier has been an OC for five separate Division I teams, including Alabama where Nick Saban’s influence still carries weight in Dallas.

Overall, the Cowboys should be pleased with the way their new-look staff came together in 2018. For a while, they looked poised to run Garrett out of town, now embracing working with Garrett again after some tweaks to the staff and roster. Sorting out what kept the Cowboys a score away from their first NFC Championship Game in 22 years is a great starting point for a Cowboys front office that’s shown writing on the wall for Linehan all year, needing to prepare for the domino affect his termination would cause.

Such is day one of the offseason, where the shine remains on a young Cowboys team that responded from 3-5 to make the postseason. In the coming weeks and months, the lack of activity from the club will lead to desperation from anxious fans. Sweeping changes aren’t likely to be the theme of this offseason though, with the Cowboys not holding a first round pick to look forward to in the Draft either.

Tell us what you think about “What’s Next for Cowboys Coaching Staff After Divisional Round Loss?” in the comments below. You can also email me at Sean.Martin@InsideTheStar.com, or Tweet to me at @SeanMartinNFL!