Do the Cowboys believe in him as their franchise guy? How can they not? Are they looking elsewhere for a potential starter?

All very important, and relevant, questions for the 2021 version of this team. But Dallas also has a big hole behind Prescott in that quarterback room right now.

Last season, the Cowboys signed veteran quarterback Andy Dalton to be Prescott’s backup, with the idea being that if Prescott were to go down they’d be able to trust in the longtime Bengals starter. Unfortunately, we got to see this plan play out, and Dalton produced up and down results en route to a 6-10 finish.

This Spring is setting up for a bit of a quarterback carousel around the NFL. At the top, stars like Aaron Rodgers and Deshaun Watson may be trying to force their way off their current teams. Then, veterans like Cam Newton and Jameis Winston will be hitting free agency, just to name a few. Then there are the youngsters like Sam Darnold, who the Jets may be looking to move on from.

We’re headed for unprecedented quarterback movement this offseason, so where does that leave Andy Dalton? 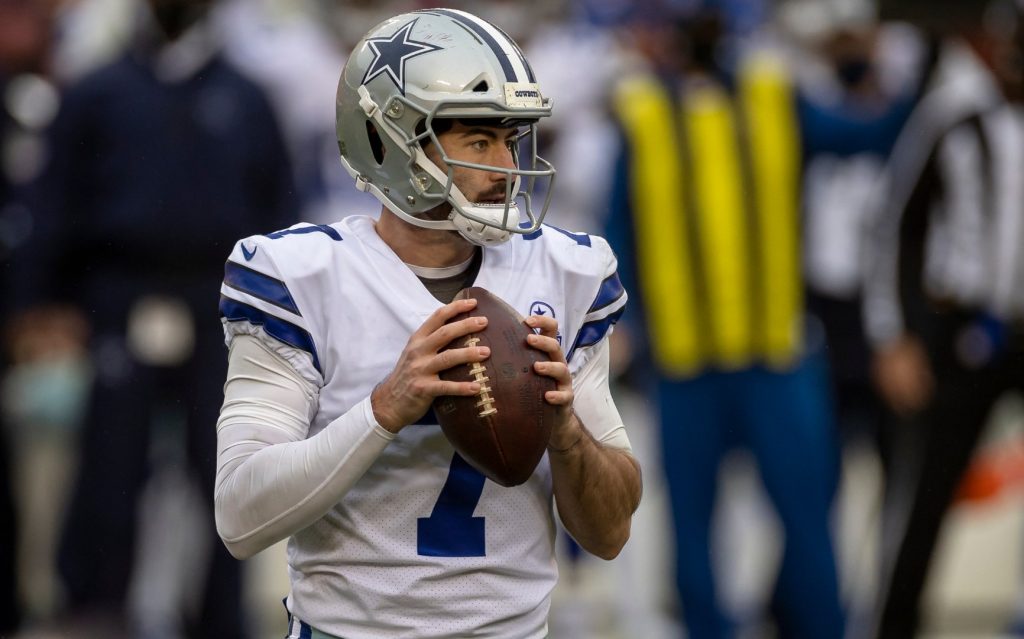 Dalton has made it increasingly clear that he wishes to be a starter somewhere in the league, but did his performance last season earn him a job? Probably not, I’d guess. His best bet would be to return to a team like the Cowboys as a backup, with the chance to start games with a good offense around him if the true starter goes down to injury.

He wants a chance to be the man once again, though, and who can blame him.

Behind Dalton the Cowboys had a carousel themselves last season.

Rookie Ben DiNucci started one game against Philadelphia, and I think I speak for all Cowboys fans when I suggest never experiencing that again. Garrett Gilbert played decently in his lone start against the Pittsburgh Steelers, and they even brought back Cooper Rush for depth at one point.

None of those three feel like a reliable backup option, but trusting an untrustworthy quarterback is basically the only option once your franchise guy goes down.

To be honest, it doesn’t matter all the much who backs up Dak Prescott. What’s really important is making sure Prescott is there at all.