For a long time, talking about “all-time sack leaders” has always come with an asterisk because sacks weren't recorded until 1982. But while still unofficial according to the NFL, one major statistics source has gone back and created a record of all sacks since the 1960s. This is a great help to those who've wondered where some of the Dallas Cowboys' greatest defenders would stack up to more modern players.

Pro Football Reference, one of the go-to sources for statistical data, recently released their new unofficial career leaderboard for sacks. This allows some of the legendary pass rushers like Deacon Jones and Jack Youngblood to finally see their names rightfully next to Bruce Smith, Reggie White, and others near the top of the list.

For the Cowboys, DeMarcus Ware is still our top player regardless of era. His 138.5 career sacks is 9th-best on the official list and only drop to 13th with some of these older players added

Ware, Jim Jeffcoat, and Greg Ellis have been the top-three sackers for Dallas for a while now. But if you go by PFR's new data, Harvey Martin and Randy White suddenly shoot up to those second and third spots behind DeMarcus.

Martin's 114 career sacks and White's 111, with new unofficial data, make them 32nd and 35th all-time according to PFR. Most of Harvey's career took place in the 1970s and the first half of Randy's was before 1982, which is why they haven't been higher on these lists before.

Ed “Too Tall” Jones also benefits from having his pre-1982 work included. He jumps up to fourth all-time for the Cowboys and tied for 37th overall on the unofficial list.

Again, this is all data from a third party and not recognized by the NFL or its teams. But it's fascinating to look at how these great players, many of whom have busts in Canton, compared statistically with the pass rushers of the 80s, 90s, and beyond.

It's also confirmation that some of the guys who we've always considered the gold standards, like Ware for the Cowboys or Smith and White for the league as a whole, are every bit as good as we thought.

The stats nerds among us should have fun exploring this new data and making comparisons. Let's just hope that some of our current Cowboys start working their way into this all-time sack conversation soon! 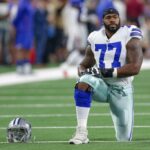 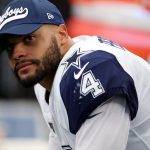