Here we are on another Sunday without Dallas Cowboys football, which means we are closer to the Cowboys arriving in Oxnard for their 2018 training camp. Scheduled to do just that on July 24th, it’s not too early to predict which players will emerge as favorites for both starting and backup jobs through camp.

Today, we’re focusing on backup players — or those with the potential to be backups. Every year, Cowboys Nation attaches themselves to long shot players that show out in both practice and preseason games.

When these players find themselves looking for a home outside of America’s Team early in the fall, their “pet owners” can be rather devastated. Below, I’ve made my picks for not who I’m picking as my annual pet cats, but for two players that I can see Cowboys fans hyping up in just a few short weeks.

Take this one to your local sports book (and don’t tell them I sent you). Ever since establishing the best offensive line in the league, the Cowboys have enjoyed a consistency in the running game strengthened by the depth of their backfield. Of course, not every running back can fully live out their dream of playing for the Cowboys each season, despite fan allegiance for the likes of Gus Johnson or Jahad Thomas.

This year, seventh round pick Bo Scarbrough feels destined for this role. Having already played inside AT&T Stadium as the latest featured back for Alabama, Scarbrough slid to the Cowboys final pick of the draft due to his limitations in the passing game and on special teams.

With Ezekiel Elliott, Rod Smith, and Darius Jackson as capable pass catchers at RB, it will be the Cowboys special teams unit that Scarbrough must find a role in to earn a roster spot. Contributions on special teams may go under the radar through the preseason, compared to the bruising runs that Scarbrough is capable of, but a marriage of the two against live competition will give the Cowboys yet another weapon to add on offense.

Should the Cowboys have to move on from Scarbrough, they’ll have the rest of the league looking back at their notes from this draft on if he can provide depth in the backfield. 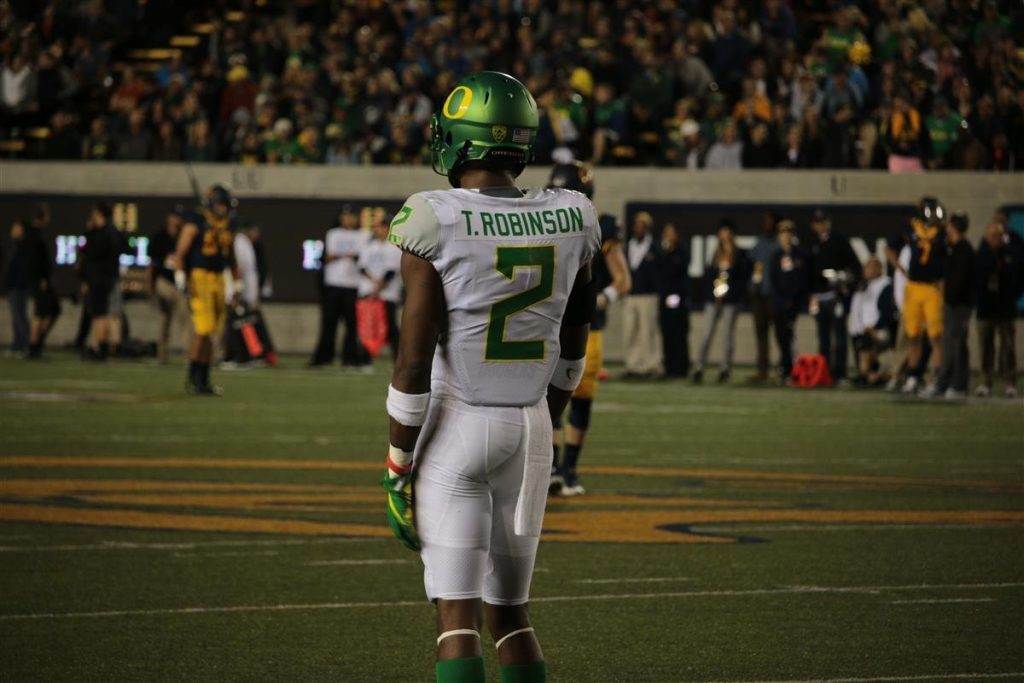 If you’d like a member of the Cowboys coaching staff to share in the same excitement as we all do for training camp to begin, look no further than new Passing Game Coordinator Kris Richard.

Richard’s presence with the Cowboys young secondary sets expectations for this unit sky-high, despite some concerns at safety.

Jeff Heath, Xavier Woods, and Kavon Frazier should all be locks to make this team at safety and compete for starter-level snaps. All three players will factor into the Cowboys plans on both defense and special teams.

When it comes to true play making ability at safety though, Oregon UDFA Tyree Robinson has the traits to stick with the Cowboys as an outsider to this secondary. With six interceptions over four seasons as a starter for the Ducks, Robinson is a rangy safety that’s quick to diagnose plays in front of him.

It will take a near perfect training camp and preseason run for Robinson — or any of these depth pieces at CB and S — to make the Cowboys final 53-man roster. Let’s face it though, preseason football can be boring at times, and Robinson could provide the spark for Rod Marinelli’s defense to make things interesting at any point.

Enough plays with the ball in his hands or ball carrier on the ground because of him, and Robinson will gain traction as a player worth considering over other unproven options at safety.

The Cowboys begin their preseason in California once again, lining up on August 8th against the San Francisco 49ers. These four quarters alone will be a dream for plenty of players that miss the cut with the Cowboys, although not all roster trimming moves are created equally.

As the intensity of these preseason games increases, and the Cowboys begin to resemble the team they’ll field in Carolina to start the regular season, players that the fans have been cheering on for months will become an afterthought.

Such is life in the NFL, surely something even the most loyal of Cowboys fans realize, despite grooming their pet cats each year without fail — or results for the most part.

Tell us what you think about “Who Will Be Cowboys 2018 Preseason “Pet Cats”?” in the comments below. You can also email me at Sean.Martin@InsideTheStar.com, or Tweet to me at @SeanMartinNFL!