Who Will be the Cowboys Most Impactful Rookie?

After missing the playoffs in 2019, the Dallas Cowboys had a lot of work to do to retool its roster and start fresh. Free agency saw veterans Gerald McCoy, Dontari Poe, and Ha Ha Clinton-Dix ink deals in Dallas to bolster the defensive side of the ball. Also, former All-Pro Aldon Smith was conditionally reinstated and will hopefully provide more pressure rushing the passer from the edge.

However, the Cowboys rookie class is loaded with talent from top to bottom, but who will have the most impact in 2020? 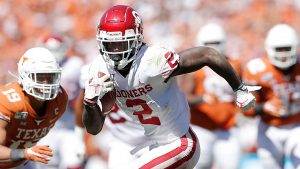 Once the Cowboys lost veteran Randall Cobb to the Houston Texans in free agency it pushed slot receiver up the list of priorities, and a miracle fell into their lap. CeeDee Lamb, regarded by most as the best receiver in the draft, was taken by the Cowboys with the 17th pick in the first round. An instant upgrade over the aforementioned Cobb, Lamb gives the Cowboys another receiver who can lineup in the slot and on the outside, much like his new teammate Amari Cooper.

With this versatility, the Cowboys can throw a plethora of different formations at defenses and keep them off balance and create favorable one-on-one matchups not only for Lamb but for Cooper and Michael Gallup as well. With a movable chess piece like Lamb, the Cowboys passing should be more diverse in 2020. 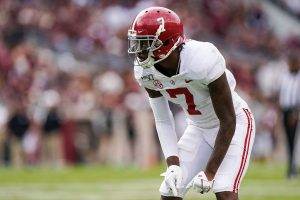 One of the biggest question marks of the offseason for the Cowboys was rather or not they would retain Cornerback Byron Jones. Not surprisingly, he went to the Miami Dolphins on a five-year 82.5 million dollar deal, leaving a hole in the Cowboys secondary. Trevon Diggs, who some had mocked the Cowboys in the first round, was sitting there at 51 in round two, and the Cowboys didn't hesitate.

At 6'1 205 pounds, Diggs has the prototypical size and length you want in a corner. He's physical at the line of scrimmage and his background playing wide receiver allows him to anticipate routes, unlike most corners. Also, he has the ability to not only play press but also zone coverage. Look for Diggs to be the Cowboys CB1 when the season starts. 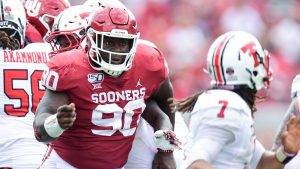 One area the Cowboys have needed to improve, and have neglected to do so, is the defensive tackle position. Surprisingly, they signed not one but two anchors on the interior in aforementioned McCoy and Poe. Instant upgrades over the departed Maliek Collins and Antwaun Woods who's still on the roster, the Cowboys were seemingly set at defensive tackle, that was until the third round of the NFL Draft.

With the 82nd overall selection, the Cowboys took Neville Gallimore. A physical specimen at 6'2 304 pounds, Gallimore showed off amazing speed for his size by running a 4.79 in the 40-yard dash at the NFL Scouting Combine. In his final year at Oklahoma, he had career highs in sacks with four and quarterback pressures with 32. Also, he forced four fumbles over his last two seasons, which is encouraging for a defense that has lacked creating turnovers in recent years. His ability to play both the 1-tech and 3-tech will have him on the field a lot as a rookie. 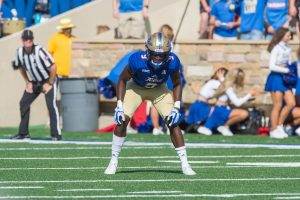 When the Cowboys selected Diggs in the second round, they seemed to have plugged the hole left by Byron Jones. They could've stopped there, but with veteran Chidobe Awuzie coming off of a down year, the Cowboys decided to double-dip at the cornerback position and selected Reggie Robinson out of Tulsa.

Robinson, much like Diggs, is a physical corner at 6'1 205 pounds. Also, like his rookie counterpart, he can be effective playing both in man coverage as well as zone. His ball-hawking skills saw him produce 34 pass breakups in college and four interceptions as a senior. He blocked a kick in each of his collegiate seasons as well, giving him more value as a potential special teams contributor. He'll have to battle to see playing time but don't be surprised if he's on the field early. 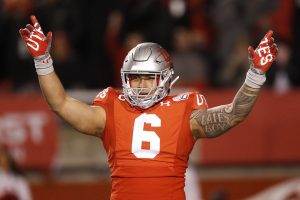 When the Cowboys lost 2019 sack leader Robert Quinn to the Chicago Bears in free agency, it left a huge hole to fill in regards to the pass rush. Drafting Gallimore without question bolstered the interior, but the Cowboys still needed edge help to go along with DeMarcus Lawrence. In the fifth round of the NFL Draft, the Cowboys continued a theme of getting excellent value by selecting Bradlee Anae out of Utah.

Anae is an absolute technician with his hands and has a very explosive first step off the line of scrimmage. He sets the edge very well and routinely made plays in the backfield with 40 tackles for loss during his college days. His versatility allows him to put his hand in the dirt and rush from the edge in a 4-3 as well as an outside linebacker in a 3-4, and with new Defensive Coordinator Mike Nolan implementing a hybrid scheme with multiple looks up front, Anae is an ideal fit. He'll be in the mix with Aldon Smith, soon to be reinstated Randy Gregory, and Tyrone Crawford to compliment Lawrence on the left edge.

The Cowboys infused this roster with plenty of young talent via the NFL Draft. Now, it'll be interesting to see just how much it helps in year one and whose impact will be the biggest.

Matthew Lenixhttps://mlenixsctx.wordpress.com/
I write dope stuff about the Dallas Cowboys and what not.
Previous article
Ben DiNucci has Promise, but far From Cowboys Starting QB Job
Next article
Could Deante Burton be a Contender at Cornerback?

Lamb has the clearest path to be the most impactful rookie, hands down.

Diggs, if he can claim a starting spot by mid-season and actually become a bonafide CB1, could surprise.

Anae could get a chance, but it will depend on how true an opportunity he is given. I feel like with Smith and Gregory’s returns, they will require more repetitions than normal and that may hinder Anae’s chances.

Biadiscz could actually earn a starting role in week-1. His chance to be impactful could be really good, but he won’t get praised for it unless this run game ends up Top-3?

Robinson is a dark horse. He too could lay claim to a starting role by mid season, and couple that with some key special teams plays, and he might surprise.

All money should be on Lamb though …

I like – good comments, background and projection. I think you may have overlooked our next Center?

Ceedee Lamb would be the easiest guess to be that player. But for us to be our best of best we need it to be one of the Cornerback or Neville Gallimore. Bradlee Anae will make plays but may not get enough of them to be Rookie of the year for this team. It gonna be fun watching how this turnout for sure.

Lamb will be just as impactful as Cobb was last year, maybe more. Diggs is the one who could make the biggest difference though. If he can get some interceptions, blanket receivers, cause a few fumbles, etc., he will be the one that has the most impact on the team. I think the defensive line options that are there will result in a lot more sacks and hurried throws this year so the secondary will have a leg up in coverage because of that. That usually means more turnovers.

Trevon Diggs because he has a chance to start. CD will be fighting for reps and balls with Coop, Gallup, Jarwin, Elliott, and Pollard!

A toss up between Diggs and Lamb for different reasons and I agree with Juan that it would be advantageous for it to be Diggs as this is much bigger position of need. However I’m leaning towards Lamb cuz he’s a beast and has such a crazy good skill set, even if he is fighting for reps I see him showing out. That and CB has a big learning curve though Diggs looks like he has talent to develop into a #1 CB. I see the WR position as offering a supreme talent like Lamb to make immediate impact. I would be surprised if Biadiscz starts……as center is an extremely hard position to play. Think they will want him to get stronger and adjust to the league with plans to groom him to take over next yr. I see the veteran Looney (who is only signed for a yr) assuming those duties which also helps needed continuity on the o-line. Anae and Gallimore will likely be brought along slowly given the log jam at that position, although both have the talent to perhaps earn extra reps as the season goes along. Robinson will likely make his mark on Special teams first though he looks like a steal and could be a good one in time. Cowboys just killed this draft getting quality players at positions of need.

I have been a long time cowboys fan, so excited for this group of draftees to get to work. Cedee Lamb is of course a favorite but don’t over look Bradlee Anae, I think after your see him get some reps in the NFL, everyone is going to be stunned that he wasn’t drafted much higher. He is a absolute beast with a huge chip on his shoulder to succeed at a high level and I believe he will do just that. Go Cowboys!