Any discussion about the Cowboys offense centers around two players: quarterback Dak Prescott and wide receiver Amari Cooper. And for good reason.

Prescott and Cooper have had instant chemistry since that critical midseason trade in 2018, revitalizing both of their young careers. Now, both enter unrestricted free agency and the Cowboys seemingly must do whatever it takes to retain them.

But even if the Cowboys are able to keep Amari Cooper around, is wide receiver an area need for this team in 2020? While their talent at the top of the depth chart has the potential to be great, the unit as a whole could certainly use more firepower.

Let’s start with that top of the depth chart.

Michael Gallup is entering his third year in the league, and coming off his breakout sophomore season expectations are high. Gallup went for 1,107 yards and 6 touchdowns on 66 catches in 2019, cementing himself as a high-end WR2 for the Cowboys. He showed signs of red zone promise as well, where he will hopefully develop into the go-to target this team seems to desperately need.

Behind Gallup, honestly, are a lot of question marks. Randall Cobb was a bit up-and-down during his first season with the Cowboys. While Cobb struggled with drops, he also provided a legit third receiving threat from the slot. The problem is that he, like Cooper, is entering unrestricted free agency. And there’s a decent chance the Cowboys could get priced out. 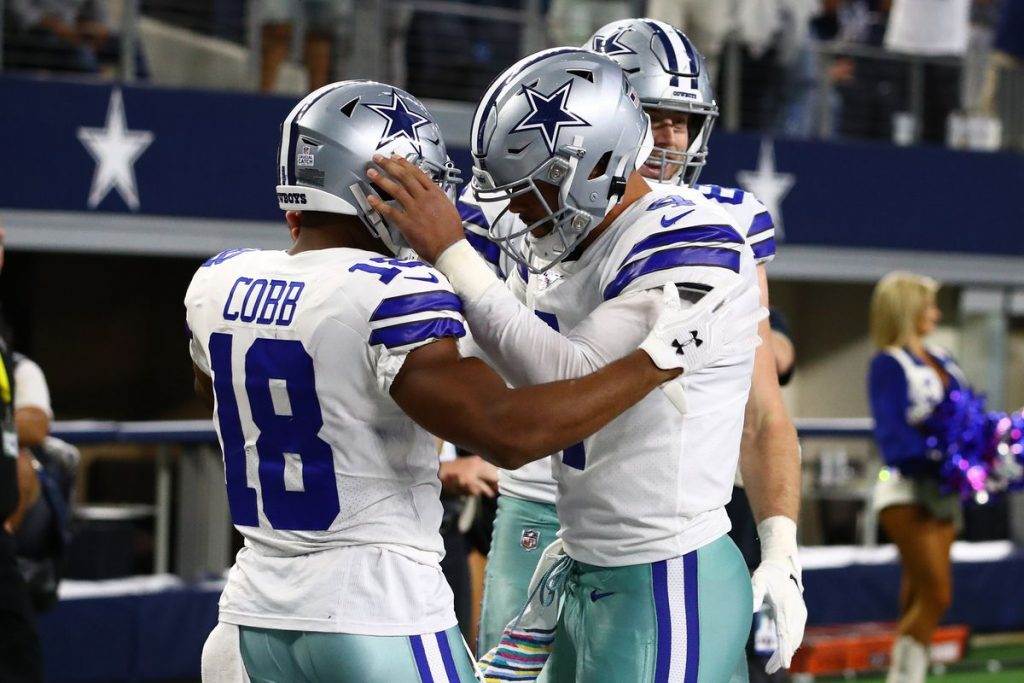 The next-most veteran wide Cowboys receiver is also on an expiring contract, Tavon Austin. This isn’t a huge loss, as Jason Garrett didn’t look to utilize Austin all that much offensively the past two years. Well, that is until the most meaningful play of the 2019 season in Philadelphia for some reason. But let’s move on.

Austin has been the preseason hype champion just about every year he’s played in the league, but none of it has resulted in much on-field production.

Dallas does have a ton of a wide receivers under contract, most of which garnered attention during training camp last season. How could you really trust these guys to be the WR3 on what you’re hoping is a Super Bowl offense, though? It would be a tough sell.

This is where the Cowboys’ need for another dynamic pass catcher comes into play. This draft class is an exceptional one at receiver, and the Cowboys may need to get in on the action in the first round.

My guy? Alabama wide out Henry Ruggs. Take him 17, re-sign Amari Cooper, and prosper offensively for the foreseeable future.