A few months ago things were not looking great for fourth-year offensive lineman Connor McGovern. The Dallas Cowboys drafted Tyler Smith with their 1st-round pick to replace Connor Williams at left guard, leaving McGovern relegated to a backup role at best. But after a major injury and shifting throughout the offensive line, McGovern should now get much more playing time during a critical contract season.

McGovern's first three years in Dallas have come with some adversity. A torn pectoral muscle wrecked his rookie year, leaving the former 3rd-round pick out during the preseason and eventually stashed on injured reserve. He would start eight games in 2020 during an awful year for offensive injuries, making it hard for anyone to shine individually.

Last season, McGovern was given a chance to start multiple games at left guard after Connor Williams got benched for poor performance and a high number of penalties. With Dallas already assuming that Williams wouldn't be back in 2022, McGovern was given a chance to show he could be a viable replacement. Unfortunately, he struggled enough in the role that Williams eventually got the job back and the Cowboys went into the offseason looking for an upgrade.

We were heading into the regular season with a clear starting lineup that didn't include McGovern. Tyler Smith was going to play left guard and McGovern was stuck on the bench, now having to watch his tail for second-year prospect Matt Farniok.

But then veteran left tackle Tyron Smith went down and is out for most of the year. With neither Josh Ball nor Matt Waletzko having shown enough to step into his spot, the Cowboys will now be asking Tyler Smith to slide over and play his collegiate position. The door just opened wide for Connor McGovern to get back into the game, and he will at least be starting for the season opener against Tampa Bay.

How long McGovern's return to starting duty lasts depends on the acquisition and deployment of veteran OT Jason Peters. The free agent is expected to sign with Dallas on Monday following a long weekend visit.

What is the Cowboys' plan with Peters? Is he just here to provide depth as a swing tackle or to step into the starting job at left tackle? The answer is arguably more crucial to McGovern than anyone else on the roster.

If Peters eventually starts then Tyler Smith would go back to guard, pushing McGovern back to the sideline. While McGovern has been praised by Mike McCarthy for his development going into this fourth season, he's got an expiring contract and the other guy is a 1st-round pick. The business end of professional football would win out here.

That would certainly be unwelcome for Connor as he's trying to show his stuff before becoming an unrestricted free agent in 2023. He'd love to boost his reputation and give teams some better tape to look at than what he's done the last two seasons, but that takes being on the field.

Not long ago, the Cowboys thought enough of McGovern to make him a Day 2 draft pick. They'd love to have that faith rewarded, and Connor will get a big opportunity to do that next Sunday night in the season opener. If he can really shine against a tough Buccaneers defensive front, could that motivate Dallas to keep starting him regardless of the left tackle situation?

At the very least, we know Connor McGovern will be highly motivated for every snap he gets this season. Hopefully, that pushes him to new heights in performance and gives the Cowboys something to think about if they start looking to shuffle things around after the assumed Jason Peters signing.

Wouldn’t he not be a rfa since he didn’t play his first year under contract?

Good question. While McGovern didn’t play at all in 2019, you still get an accrued season if you’re out with an injury. So this is his fourth year according to the CBA.

It’s as simple as this: play good you get rewarded play bad you head on down the road! 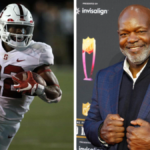