Will TE Blake Bell Have A Role On 2020 Cowboys?

Due to an exciting draft and rather interesting free agency period, the earliest additions to the Cowboys roster this offseason have sort of been forgotten.

Tight end Blake Bell falls into this category. All the way back in March, the Cowboys signed Bell to a one year deal worth $1.7 million, bringing the 28 year old to Dallas for the short term. The Cowboys didn't address the tight end position during the draft, signaling they are comfortable with who they have on the roster.

But the question does remain, will Blake Bell be one of those contributors the front office is comfortable with?

Bell earned the nickname the “Belldozer” during his Sooner days, known for his physicality rather than his downfield receiving prowess. After converting from quarterback to tight end in 2014, Bell was taken in the fourth round of the 2015 draft by the San Francisco 49ers. Bell then bounced around the league a bit, before landing in Kansas City last season, where he sat behind Travis Kelce all year. 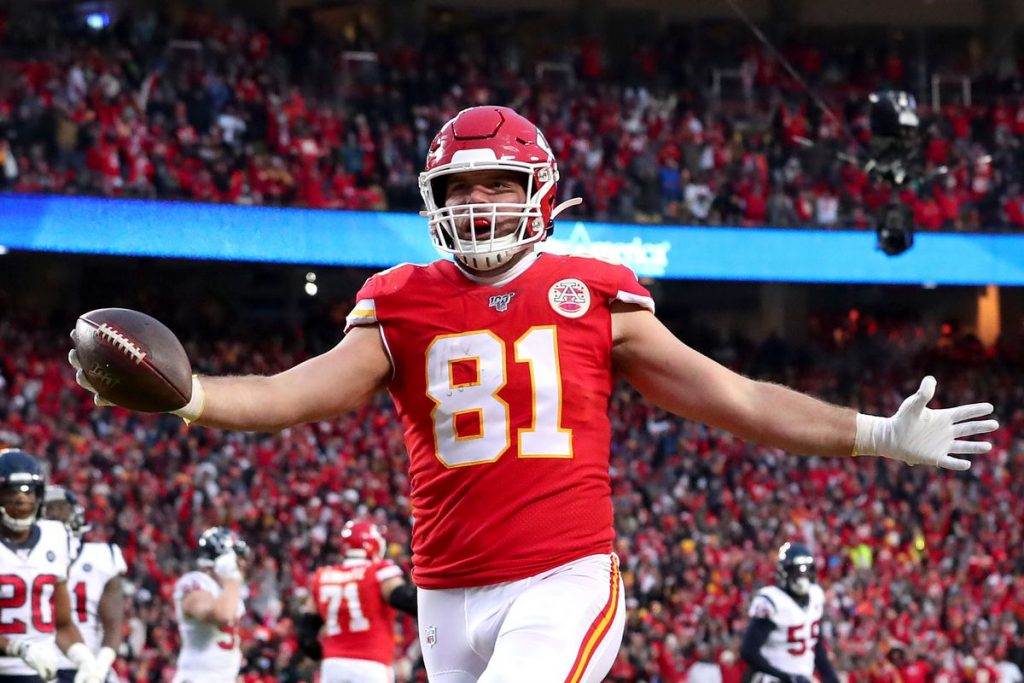 Blake Bell hasn't had much of a stat sheet imprint thus far in the NFL, but when you look at the Cowboys tight end depth – who really has?

Blake Jarwin has shown signs that he can be the TE1 receiving threat fans have been clamoring for, and he has clear chemistry with quarterback Dak Prescott. After Jarwin, though, it's mostly unknowns, which should give Bell a chance to earn some playing time this season.

Dalton Schultz has been in the room since 2018, also known more for his ability as a run blocker than for his ability to stretch a defense. It's fair to wonder, as Brian Martin did this week, if Schultz's time in Dallas is running out. The Cowboys not only signed Blake Bell, but also Cole Hikutini to help completely overhaul their tight end depth this offseason.

This could spell trouble for Schultz, though we can't be sure what Bell and Hikutini will bring to the table.

Keep an eye out on the Cowboys tight end room during training camp this Summer, as it will be one of the more highly contested position battles on the roster.

Kevin Bradyhttps://kevinrobertbrady.wordpress.com
Die-hard Cowboys fan from the Northeast, so you know I am here to defend the 'boys whenever necessary. Began writing for a WordPress Cowboys Blog, and have been with ITS since 2016.
Previous article
Aldon Smith and Jim Tomsula: “Reunited and it Feels So Good”
Next article
DeMarcus Ware: “No Way In Hell” LeBron James Could Block Me

Under Garrett Dallas was always the place where TEs went to die. Fasano, Escobar, Bennett, Swaim, Gathers. Schultz was no different, until now. Given the new staff he has a legit chance.
I went back and looked at the coverage after he was drafted. Comments from then: “Dallas got 3rd round value in the fourth”
” Fantastic blocker with great hands”
” A Written clone. Excellent at the point of attack. Won’t wow you with speed but a precise route runner who finds the open space. ”
” A Zack Ertz type with great upside.”
Schultz could be the perfect complement to Jarwins downfield ability. Cheaper and much higher upside than Bell.

Maybe best stated … under Witten is where TEs went to die. Bennett is really the only one who “got away” in my opinion, his skills were so much greater than Witten’s. But to your point, Witten was one of “those guys” Garrett always preached about, and Bennett most definitely was not.

I BEEN A COWBOY FAN SINCE I WAS 5. THE COWBOYS ALWAYS HAD A GREAT TIGHT END BACK WITH MIKE DIKA BILLY JOE DUPREE. DOUG COSBY AND WITTEN. I SEE THAT BLAKE JARWIN WITH SOME HELP CAN GET THE JOB DONE.