Will The Cowboys Exploit League-Worst Seattle Pass Defense This Sunday?

When you think of the Seattle Seahawks, two things likely come to mind. Russell Wilson and an elite pass defense.

After all, that's what took them to the top of the NFC last decade. But in 2020 the Seahawks are relying almost solely on their passing offense, with their defense taking a bit of a stars and scrubs approach.

Seattle is off to an impressive 2-0 start on the back of Russell Wilson, but quietly their defense has been getting shredded to start the season. The Seahawks are dead last in passing yards allowed per game thus far, and are allowing 8.64 yards per attempt. Their saving grace has been turnovers as they've been able to intercept the opposing quarterback twice this season, but it's been a struggle for them to get off the field and force punts.

This is a defense which can be exploited, and is one that offers next to no pass rush whatsoever. Last week Seattle got to Patriots quarterback Cam Newton just once all game, and now with Bruce Irvin out for the season with a torn ACL, the Seahawks only pass rushing threat seems to be blitzing safety Jamal Adams.

What does this mean for the Cowboys? 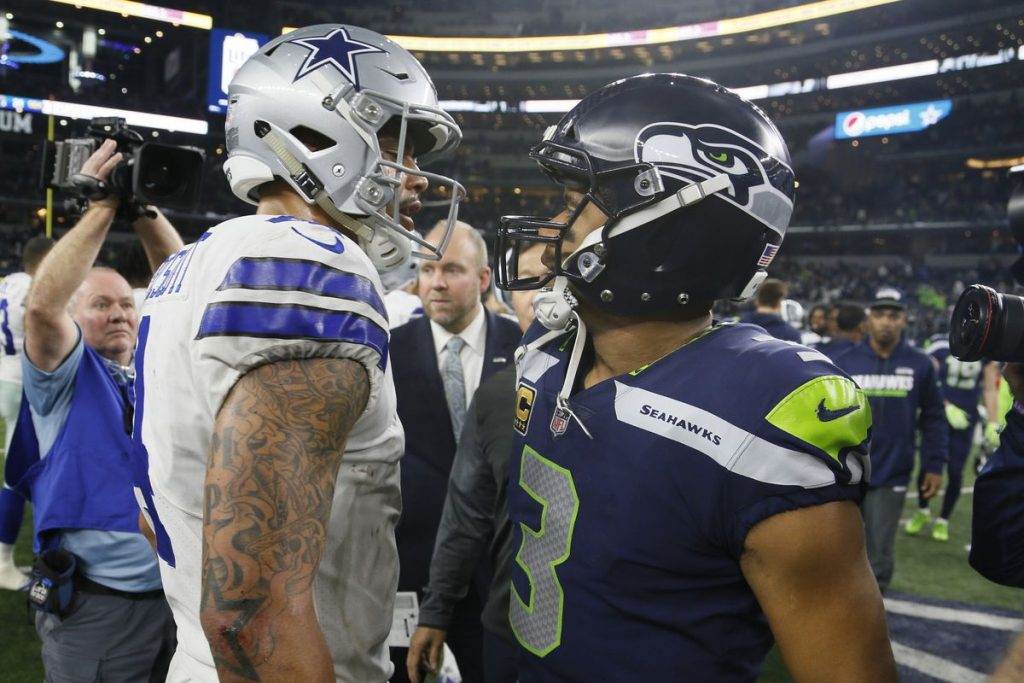 Kellen Moore needs to unleash Dak Prescott and this passing game early and often on Sunday. Seattle has started to open up their offense more to start this season, and they are reaping the benefits of a freed Wilson. Dallas' defense has had struggles of their own thus far, especially last week against Matt Ryan, so they can ill-afford to fall into a hole early against an elite quarterback.

Prescott and these receivers can go off on Sunday, but they need to be allowed to early enough in the game where they aren't left to play catchup for three quarters. This is a defense that allowed 144 combined receiving yards to N'Keal Harry and Damiere Byrd, so imagine what Cooper, Gallup, and Lamb can do if given the opportunities.

Jamal Adams is one of the best defensive players in football, and the names Seattle has at cornerback are solid. But the Seahawks defense will allow big passing plays if you attack them, and I'd expect CeeDee Lamb to have a day if used from the slot.

Kevin Bradyhttps://kevinrobertbrady.wordpress.com
Die-hard Cowboys fan from the Northeast, so you know I am here to defend the 'boys whenever necessary. Began writing for a WordPress Cowboys Blog, and have been with ITS since 2016.
Previous article
Will Aldon Smith Win Comeback Player of the Year?
Next article
Cowboys WR Trio Makes Key Plays in Comeback Win vs Falcons

Let’s just hope our offense starts off this game the way we ended the game last week!! If we play the seahawks the way we played the falcons at the end of the game we should have a good chance of winning the game!!