The blue number 88 on top of the Cowboys' home white jersey is as legendary as it gets in NFL lore. Drew Pearson, Michael Irvin, and Dez Bryant all put together Hall of Fame worthy stretches while wearing the number, and were each among the best receivers in their respective eras.

Now, rookie first round receiver CeeDee Lamb has opted to continue the legacy. Wearing 88 is obviously special among Cowboys Nation, and Lamb has lived up to the lofty expectations placed upon him so far.

Lamb has caught 53 balls for 650 yards and 4 touchdowns this year, including the most impressive catch of the year against the Vikings a few weeks ago. He is a dynamic offensive weapon, who likely would've easily eclipsed 1,000 yards receiving this season if not for Dak Prescott's injury.

This week, the two latest number 88's face off for the first (and likely last) time when Dez Bryant's new team, the Baltimore Ravens host Lamb's Cowboys. Lamb spoke to the media this week ahead of Dez Bryant's revenge game, honoring both the legacy of the number and Bryant himself.

“It's a very prestigious number…I'm grateful that I get to wear that number on my back every Sunday and every day in practice” – CeeDee Lamb.

CeeDee Lamb went on to say that he grew up as a fan of Dez Bryant, especially his physicality as a receiver. Any Cowboys fan remembers how good Bryant was at the catch point, and how physical and bruising he could be after the catch.

The all time Cowboys' leader in touchdown receptions, Bryant was one of the best red zone threats in the entire league, really only rivaled in his prime by Calvin Johnson and Rob Gronkowski.

“For me to go up against a guy that I actually watched growing up excel in that jersey number…to have the opportunity to play against him is definitely a huge honor on my end” – CeeDee Lamb.

Bryant's best days as a receiver are behind him, but all of Cowboys Nation is rooting for him to continue on as a success in Baltimore. He left an impressive legacy with the Cowboys, one that CeeDee Lamb said he is looking to continue.

Not sure we’ve seen CeeDee hold his own on the outside. He’ll be the only non-Wideout to rock 88!

Imagine if Antonio Bryant and Dez was able to work from the slot?

After seeing what we see from Cee Dee… eeehhhh…
Dez still wears the crown88 in my mind!

I’ve been hard on CD this year simply because of all the football minds had him in the pro bowl and the Cowboy ring of honor before the season even kicked off!! I was of the impression that this kid was going to come in and be unstoppable….even take over as the number one receiver but as we all know now he has played not outstanding but above average . I realize now that it wasn’t his fault that people tagged him with all these expectations and maybe next year with a solid offensive line and a QB that has time to throw the ball and being a year older he will begin to develop into being a great receiver ! 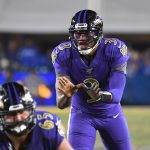 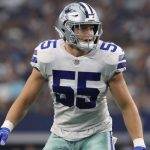