Nearly all of Cowboys Nation was hoping the Dallas Cowboys would somehow be able to bring future Hall of Fame Safety Earl Thomas on board this offseason, but nothing ever materialized on that front. I don't necessarily think that's a bad thing, because I believe Xavier Woods is going to ascend as a player this year and make everybody forget Earl Thomas was ever linked to the Cowboys in the first place.

Xavier Woods is entering his third-year in the NFL, but only his second as a full-time starter. As a rookie he was pretty much a jack of all trades, playing all over the Cowboys secondary. He became the starting free safety in 2018 though, and in doing so, found his home.

Woods finished his first-year as the Cowboys starting free safety with 56 total tackles, 9 passes defensed, 2 interceptions, and 1 forced fumble. His two INTs tied for the team lead with Linebacker Leighton Vander Esch. No other Cowboys secondary player had more than one interception.

I don't know about you, but I really liked what I saw from Xavier Woods last season. He not only played better in coverage than I expected, but he also added some much-needed physicality from the Cowboys secondary. Based on the way he played last season, I'm expecting to see a much more comfortable and improved player, and I'm not alone.

“This is the season that Xavier Woods leads the club in interceptions. He’s getting better playing with his eyes and seeing the field, which I believe will result in more turnovers”.

I'm really encouraged by what Broaddus said about Woods “getting better playing with his eyes”. If he's able to trust what he sees it could give him a split second to turn what was just a pass breakup last season into an interception. And we all know, the Dallas Cowboys want to do a better job of creating turnovers this year.

You may disagree with me, but I'm actually glad the Dallas Cowboys weren't able to land Earl Thomas. If they did it would've meant a position change for Xavier Woods, one that would have hurt his development as a free safety. Thankfully, that's not the case.

Xavier Woods now has a chance to prove the Dallas Cowboys didn't miss out on Earl Thomas. That they have a free safety capable of being just as good of a playmaker, at a fraction of the cost.

Lookout, because I believe Xavier Woods will not only lead the Dallas Cowboys in interceptions, but become a household name in doing so. I think he's going to be that good!

Do you think Xavier Woods will ascend as a player in 2019?

Building upon home grown talent is critical in today’s NFL. I also would have loved to see Earl in our back field but you can only spend so much, every position isnt worth breaking the bank for.
:) declaring Woods to be the next big name in free safety is rather optimistic but i am a big fan of hope and he does give hope and confidence in our secondary. 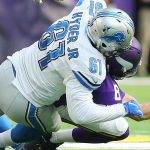 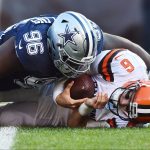