The Dallas Cowboys have been busy revamping the defensive talent on their roster this offseason. They beefed up the defensive line in free agency with the additions of Gerald McCoy, Dontari Poe, and Aldon Smith before adding Neville Gallimore and Bradlee Anae in the NFL Draft. Rookies Trevon Diggs and Reggie Robinson were both steals in the draft and instantly upgrade the Cowboys at cornerback.

The safety position for the Cowboys defense, however, has some question marks entering the 2020 season. 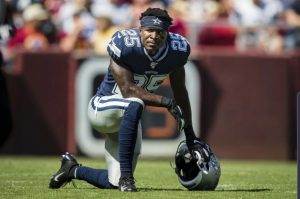 Woods hasn’t put his name up there with guys like Jamal Adams, Tyrann Mathieu, or Derwin James but he’s been a very solid NFL safety since entering the league in 2017. On a defense that took a step back last season, Woods had his best year with 77 tackles, five pass breakups, two interceptions, two forced fumbles, and a fumble recovery. He was 11th in passer rating for safeties that played at least 343 snaps in coverage.

During his brief career, he’s been very dependable having appeared in 45 out of a possible 48 games with 33 starts. His spot as the starting free safety is secured, but he’ll be more motivated than ever to ball out as he enters a contract season. 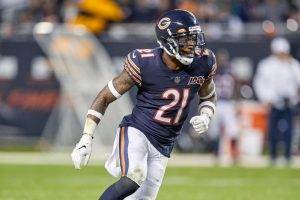 Clinton-Dix, much like Woods, is entering a contract season himself. He’s been a very reliable player since coming into the league in 2014. Since 2015, he’s started in all 16 games every season (started 90 out of 96 possible games in his career). He may not be quite the same player he was when he was named to the Pro Bowl and selected as a second-team All-Pro in 2016, but his experience at both free and strong safety make him a valuable asset.

Also, he had his best years under new Cowboys Head Coach Mike McCarthy in Green Bay. Another added bonus is former cornerback Al Harris who was added as the team’s new Assistant Secondary Coach and could also help Clinton-Dix regain some of his old form a secure a starting role opposite Woods. 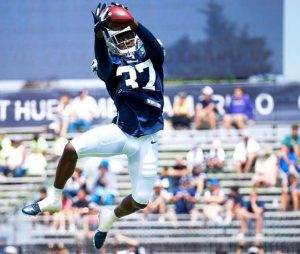 Wilson was one of the biggest bright spots during last year’s preseason. He led all players with three interceptions and was primed to challenge Jeff Heath for the starting role at strong safety. Unfortunately, his momentum was derailed by an ankle injury and he didn’t see much field action. He appeared in 11 games but only registered two tackles all season. What’s unique about Wilson is that he also has experience playing nickel corner from his days at Texas A&M. He also amassed 21.5 tackles for loss and eight interceptions during his college days.

What will hurt Wilson is the NFL not having a preseason in 2020. With a guy like Clinton-Dix ahead of him having another big preseason was crucial, now, he’ll have to make every training camp snap count. 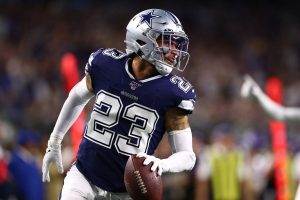 Thompson has done a little bouncing around the league since 2016. After two years with the New York Giants, and a brief one-day stint on the Arizona Cardinals practice squad, he was signed by the Cowboys in October of 2018. After being released in November, he was signed back to the team and appeared in 10 games on special teams. Last season, he showed he had some value as he appeared in 15 games with four starts. He finished with 45 tackles, three pass breakups, 1.5 sacks, and a fumble recovery while also logging 223 special teams snaps.

In March, Thompson signed a two-year, 2.8 million dollar deal to remain in Dallas. If Clinton-Dix doesn’t quite live up to expectations Thompson could have a shot to challenge for an even bigger role in 2020.

There’s a lot to be figured out at the safety position before the season kicks off in September and it’ll definitely be one of the more interesting battles in training camp.