We're still basking in the glow of the Dallas Cowboys landing WR CeeDee Lamb at the 17th pick last night. But rather than hope another great talent falls to them in the 2nd Round, should the Cowboys consider trading up to draft one of the best available players at cornerback, safety, or defensive end?

We went into the 2020 NFL Draft with defensive backs, receivers, and pass rushers the consensus top needs for the Cowboys. They satisfied that WR need in a big way in the 1st Round, and now it's time to turn their full attention to the defense.

Fortunately, there are still some players available that we might've been okay with Dallas drafting at #17 last night, or at least trading down for:

The Cowboys' 2nd-round pick is 51st overall, meaning 18 players will come off the board before their next selection later tonight.

Do you play the odds and hope one of these guys falls, or do you make a move up the board to acquire superior talent?

The situation is reminiscent of how Dallas drafted DeMarcus Lawrence back in 2014. They were at the 47th pick and gave up that and their 3rd-round pick to move up to 34th and select Tank.

If the Cowboys wants to make such a big leap in 2020, giving up their 3rd-round pick this year would be the asking price. To get to the top of the 2nd Round, they might have to throw in one of their two 5th-round picks as well.

Dallas' hope now is that the early 2nd Round will have a run on offensive players and push these defensive options on down the line.

If some of these players are available in the 40-45 range, the Cowboys might be able to keep their 3rd-round pick and move up using just their 4th and perhaps one of their 5ths.

My prediction is that Dallas will see how things play out in the early part of the round. If there's a quick run on defensive talent, perhaps they do sacrifice their 3rd to move up before all of their favorite targets are gone. But if we see a lot of RB, WR, and OT picks early than the Cowboys could get more comfortable with waiting and playing the odds.

Does one potentially special talent help this defense but than two lesser prospects? That's the great debate for the Cowboys as they decide how to handle the 2nd Round of the 2020 NFL Draft.

You stay at 51. You stay pat and wait for your player. If your player is gone then you trade down to get more picks or you call the Jets and see if they would take your second round pick for Jamal Adams.

The Jets will nt just hand Adam’s over to us. They want a 1st and some. I think they should be aggressive if McKinney makes it past the 38 pick, then go for it.

If McKinney or Gross-Matos fell past 40 they should make some calls to move up!

No? And for what? Stay at 51 and draft the best available player of need.

I disagree, if you as the DC know the type of player that fits your defense than go for it. McKinney should have bn drafted last nite, he won’t be around for long.

I think they need to trade up but find a way to keep their 51 pick. A number 39 would be good enough to get you a jaylon johnson, and with the 51st maybe gross-matos falls or mckinney. We did a very successful draft with lamb but now its time to find some defense so we won’t be like the chiefs (No offense to the chiefs, i just like a balanced team)

If a target starts to fall!!
Trade your 4th thru 7th pick for higher pick! If they want more! Forget it!! Just wait and select the best player available!!

I think the question is which player will contribute immediately at a position of need? Are McKinney, Fulton, or Epenesa, for example, worth giving up your 3rd round pick, and perhaps either 4th or 5th as well? With multiple needs on Defense, it would really set Dallas back if they missed on trading up.

Yes! Dallas needs a PLAYMAKER on defense! A DAWG on Defense! 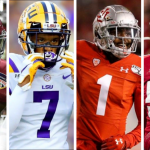 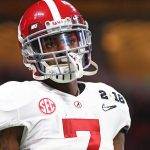