The Dallas Cowboys came into the offseason with several holes to fill on defense, and they did just that. Gerald McCoy, Dontari Poe, and Ha Ha Clinton-Dix were added in free agency for interior defensive line and safety help. In the NFL Draft, the Cowboys would focus on the defensive line and the secondary. Trevon Diggs and Reggie Robinson are two long, physical, and athletic corners who could very well start as rookies. Defensive Tackle Neville Gallimore and edge rusher Bradlee Anae give the Cowboys much-needed assistance getting after the quarterback.

However, when the 2020 edition of the Cowboys takes the field, there are three players who have been on the roster for quite some time that could potentially have breakout seasons. 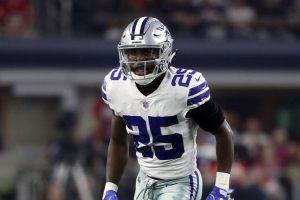 Even with this steady progression, Woods still hasn't had that big impact year that the Cowboys would like to see. They'll be added motivation for Woods this season though, for several reasons. For one, the Cowboys brought in Ha Ha Clinton-Dix for veteran safety help, and even though he was signed to play opposite Woods, having another player at his position added to the roster should spark a fire. New Defensive Coordinator Mike Nolan's philosophy will be about getting to the football and creating turnovers which will allow Woods will to use his best attribute which is being aggressive. Also, Woods is entering a contract season so it will be his most important in terms of proving his worth in order to secure a lucrative payday. 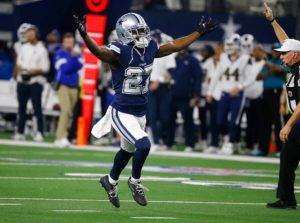 Lewis was one of the more talented corners coming out of Michigan in 2017. As a rookie, he impressed with 54 tackles, 10 pass breakups, and an interception. 2018 was a struggle for Lewis after the Cowboys hired Kirs Richard as the passing game coordinator and defensive backs coach. Wanting to play tall and lengthy corners, Lewis got lost in the shuffle at 5'10 in Richard's defense as he only registered 12 tackles, a pass breakup, an interception, and two forced fumbles. In 2019, Lewis caught a break when fellow nickel corner Anthony Brown went down with a season-ending triceps injury. He finished with 51 tackles, six pass breakups, two interceptions (tied for team lead), four sacks, and a fumble recovery (ran back for a touchdown).

So as you can see, it hasn't been about rather or not Lewis can ball on the pro level, he's proven that he can, he's just needed the opportunities. Now, Lewis is entering a contract season. Not only will locking up a big payday motivate him but the Cowboys signed Anthony Brown to a three-year deal in March. Lewis may start out behind Brown, but I feel his more polished skills will eventually win him the starting role at nickel corner.

Gregory came into the NFL full of potential after the Cowboys selected him 60th overall in the second round of the 2015 NFL Draft. He showed promise with three preseason sacks, but unfortunately, a high ankle sprain in the season opener vs the New York Giants forced him to miss four games and stunted his development. He would finish with only 11 tackles but he did manage 16 quarterback pressures.

2016 was a rough year for Gregory as multiple failed drug test got him suspended for 14 games. A third failed drug test had Gregory facing a year-long suspension on top of the 14 games he already missed. He would only rack up nine tackles but did get his first professional sack.

After missing a full season Gregory finally showed his true potential in 2018. Appearing in 14 games, Gregory finished with 25 tackles, six sacks (second on the team), and two forced fumbles. The Cowboys went 6-0 in games where Gregory recorded a sack. Unfortunately, more bad news came in 2019 when Gregory was suspended indefinitely for violating the league's substance-abuse policy and the terms of his conditional reinstatement.

Now, Gregory has filed for reinstatement again in an attempt to resurrect his career. He has one huge factor in his corner this time around, though, as the league's new CBA won't suspend players anymore for positive marijuana tests. This sets up a potentially big year for the young and talented pass rusher as he, much like Woods and Lewis, will be looking to secure a new deal.

Gregory will be in a rotation with Aldon Smith and rookie Bradlee Anae coming off the right edge to complement DeMarcus Lawrence on the left. He'll need time to get into game shape but eventually, with the shared reps, he'll be able to stay fresh as his progress improves.

The Cowboys will be looking for their defense to return to its 2018 form this season. Woods, Lewis, and Gregory have opportunities to be big reasons why that happens.

Matthew Lenixhttps://mlenixsctx.wordpress.com/
I write dope stuff about the Dallas Cowboys and what not.
Previous article
Could the Cowboys Have a 9th Home Game in 2020 Regular Season?
Next article
Cowboys DE Joe Jackson is Underrated Contender in 2020 Roster Battle

Cowboys defense continues to dominate the outcome of games

The Dallas Cowboys grinded out a 24-6 victory yesterday afternoon against a struggling Detroit Lions team. Although struggling, the offensive line has been a bright...
Read more
Game Notes

If you weren't looking forward to seeing Randy Gregory lining up across from his former teammates, you've been given a reprieve. The former Cowboy...
Read more

I think Woods has been around long enough to show what he can do and who he is as a player. He’s a solid starter and really good, and may take strides in improving but I don’t see him having significant improvement to call it a breakout season. However, I think you completely forgot about the player most likely to have a HUGE season…Blake Jarwin. With Witten gone and Jarwin locked in as the obvious starter I see him certainly getting more targets and opportunities to have a breakout season and make several splash plays as he has in the previous seasons.

They been saying this about woods for almost 2 yrs.
Lewis needs a real shot and not being held back because he’s a little shorter. He’s a baller waiting for his chance to show it.
Gregory can play. We’ve seen it. He’s gonna need to knock off some rust When he does get back but he’ll produce. I think aldon Smith will do the same.

I read all about the free safeties on the team. Do we have a true box safety?