The lasting image from the Dallas Cowboys regular season was yet another high note for the offense against NFC East competition, scoring 51 points at the Eagles. Mike McCarthy's team is hopeful this is a sign of momentum going into a playoff matchup against the 49ers. San Francisco enters this game with a front seven that can challenge the Cowboys up front, but inexperience in the secondary that QB Dak Prescott and his receivers must take advantage of.

It was the 49ers defensive line that took over a must-win game at the Rams in week 18, playing the run well and pressuring Matt Stafford into mistakes. The 49ers mounted a 17 point comeback to keep their season alive in overtime. After looking at how that game sets up the 49ers to match up with the Cowboys in the Wild Card Game, here are the individual matchups that will decide who advances in postseason play on Sunday. 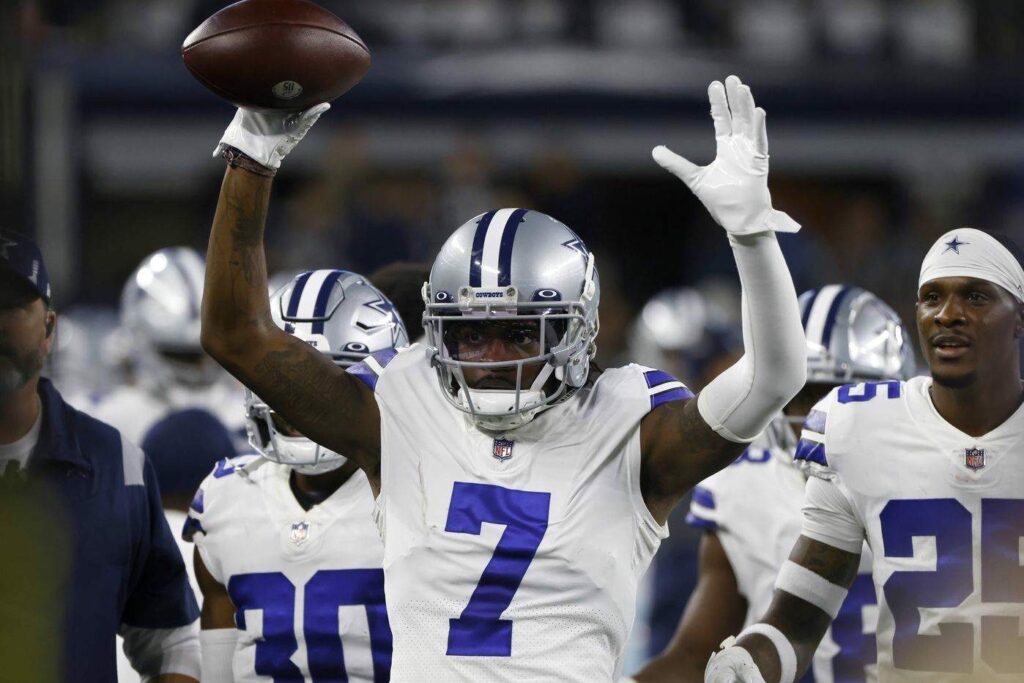 49ers WR/RB hybrid Deebo Samuel is one of the toughest players to scheme against in the NFL. Kyle Shanahan does an outstanding job getting his best playmaker the ball in a variety of ways, always taking advantage of his great run after the catch ability.

The Cowboys will have to be ready for Samuel as both a receiver and runner. If matched up with CB Trevon Diggs, denying him the ball will be critical. Diggs has struggled tackling in the open field, and draws one of his toughest assignments with the ball in his hands when lined up against Samuel.

DC Dan Quinn noted the 49ers offense stretches a defense at all levels, with Samuel helping them in the jet sweep/play action game. Jayron Kearse was not a part of the Cowboys practice on Wednesday, but is on track to work his way back for the game. His veteran presence on the second level has helped the Cowboys defense play fast in a variety of looks, while his toughness and speed against the run will be much needed against the 49ers.

The 49ers only ran the ball five times in the first half against the Rams, managing a field goal before halftime to start their comeback. Samuel allowed them to stick with the run in the second half, carrying the ball on five of their 20 attempts, scoring his team's first touchdown on the ground, and throwing the tying score on a trick play.

The Cowboys' ability to get off blocks and not allow the 49ers to sustain drives with the run is the key to helping their offense take advantage of their favorable matchup in the pass game. Kearse along with Micah Parsons have been the best players for Dallas all year long in this area, with Diggs primed to add to his eleven regular season interceptions against Jimmy Garoppolo.

The 49ers started Ambry Thomas, Emmanuel Moseley, and Dontae Johnson at cornerback against the Rams. The league leader in receptions, yards, and touchdowns in Cooper Kupp caught all seven of his targets against this secondary for 118 yards and a score.

Where Kupp makes his best plays over the middle of the field or beating his defender to the inside, the same is true of Cowboys WR CeeDee Lamb. This is absolutely a game Lamb can take over for Dallas, if the protection holds up for his routes to develop downfield. Moseley has started 28 games for the 49ers since 2018, Johnson just six games since 2020 (though he played for SF from 2014-16 as a fourth round pick before signing with Buffalo), and Thomas is a rookie that made his fifth straight start against the Rams.

It was Thomas' interception that 49ers fans will glisten about all week, sealing the game in overtime, but not glossing over his season-long completion percentage allowed over 62%. The rookie out of Stanford has allowed over 17.5 yards per catch on 32 targets, 20 of which were caught. Where Moseley can be beat off the line with quickness, Thomas is better contesting at the catch point but has lacked the timing to impact many throws.

Moseley has also allowed over 50% of his targets to be completed too, but at a much lower 10.3 yards per catch. This is where not only Lamb but Amari Cooper and Cedrick Wilson can take find openings on quick routes.

Cowboys OC Kellen Moore is once again a name circling around head coach openings in the NFL, already interviewing for the Jaguars vacancy. All the components to his high-powered offense will be on the field against a secondary that can't match Dallas' receivers in man coverage. The pressure is on Moore to help the Cowboys do something the Rams couldn't against these 49ers – score consistently enough to force them into passing situations.

49ers LT Trent Williams did not play against the Rams, forcing Garoppolo to mount his comeback under pressure from Von Miller and Aaron Donald. The nine-time Pro Bowler is expected back against the Cowboys, setting up a bigtime matchup with DE Randy Gregory.

Garoppolo has not dealt with pressure much this season behind a strong offensive line, but can be forced into mistakes when he is. The Cowboys trust their three-headed rush of Gregory, Parsons, and DeMarcus Lawrence to get home against anybody, and this game should be no different.

Where Lawrence will need a very active game at left end against the 49ers run game, Gregory is the rusher that can get Quinn's defense off the field in a hurry. Williams has started six games against the Cowboys since Gregory's first season in 2015, one with the 49ers and five with Washington. Gregory has zero sacks in these games, though he didn't officially start any of the six.

The Cowboys will need every ounce of playmaking ability from rookie sensation Micah Parsons to match this offense, leaving the primary pass rush role to Gregory on the outside. When he's not able to get home on the rush, setting the edge and affecting passing lanes will be the key to Gregory's game. 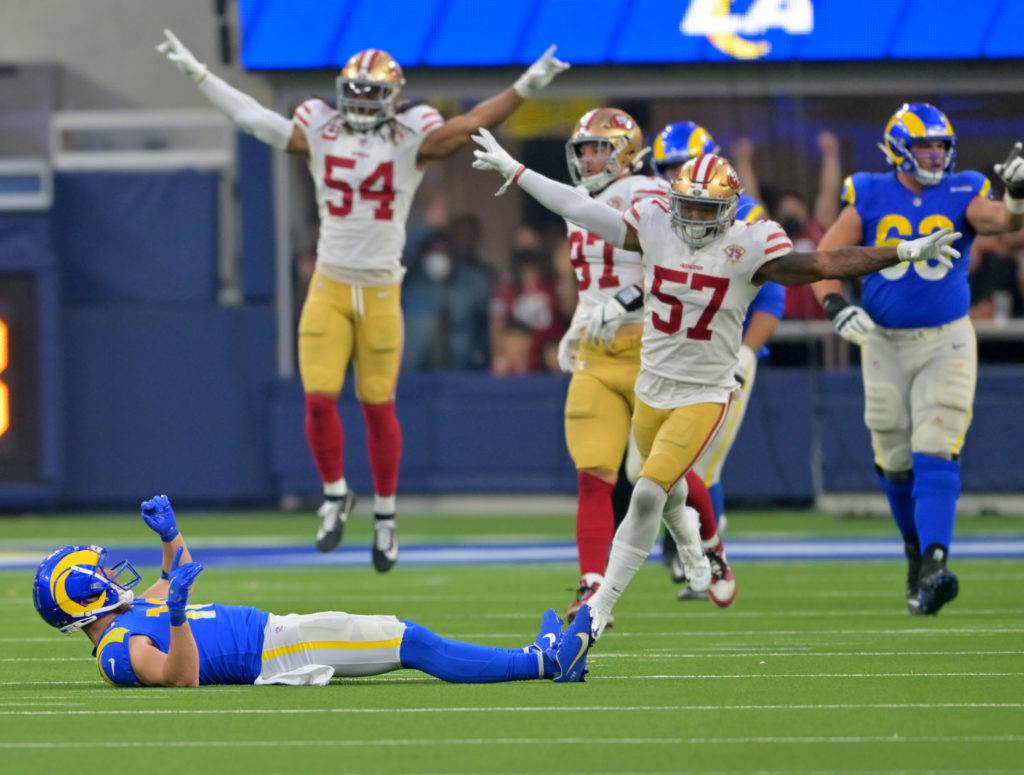 A new wrinkle in the Cowboys offense comes just in time for the playoffs, with TEs Dalton Schultz and Blake Jarwin finally on the field together again. Jarwin was targeted in the red zone against the Eagles, but it was Schultz that left the game with his eighth touchdown of the year.

The 49ers put an incredible amount of trust in their front four to generate a pass rush, mostly dropping LB Fred Warner into coverage. Warner is a physical, downhill player against the run with flashes as an extra rusher, but can be out-leveraged in coverage.

San Francisco's offense may be all about extending drives with trusted run plays, but the Cowboys lean on finding easy completions for Dak Prescott. This is where Jarwin and Schultz must win their matchup against Warner and the 49ers linebackers. Getting Prescott outside the pocket may be the best way to avoid the 49ers rush, and create big plays against a defense that struggles to keep contain.

The Cowboys have talked about momentum and getting hot before the playoffs as something very important to them all year, but draw one of the hottest teams fresh off a rivalry win in this Wild Card round. The attention to detail that's been lacking at times from the Cowboys must be there in all four of these matchups if they're going to advance to the Divisional Round for the first time since 2019.

Great analysis Sean. You hit all points on target. I would add how Zeke does against that defensive line.

All good points Sean, especially Deebo vs really, the entire D. I would add SF RBs vs Cowboys D-line/LBs. That is where the game may be won or lost.

If the Cowboys defense lets the CB’s play man up and brings the heat every play by run blitzing and putting the QB on the ground as much as possible we will be ok! We might get burnt a time or two but in the long run we will set the tone and Control what they do! On offense if we play fast and get Dak in a rhythm it should be lights out! 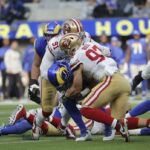 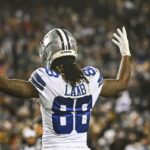