It's been a really hard and disappointing few weeks for the Dallas Cowboys. Heading into the week 12 game against the New England Patriots the Sunday before Thanksgiving, there was a lot of optimism surrounding this team. Heading to Massachusetts for the Sunday afternoon affair, many thought the 6-4 Cowboys could go into New England and steal a game from the defending Super Bowl Champions. Three games later, the Cowboys are 6-7 and have a really tough game against the Los Angeles Rams this week.

With as bad as things have gone, culminating in the Cowboys 31-24 loss to the Chicago Bears last Thursday at Soldier Field, it's hard to find anything positive to say about this team. However, this is a team that still has a shot to make the playoffs by winning the NFC East and individuals on the team have done some good things this year. Some, you could, say have even surpassed expectations.

There's no player on the Dallas Cowboys that has exceeded expectations more than Dak Prescott. If you polled Cowboys fans and the national media during the preseason, you'd be hard-pressed to find anyone that would have predicted Dak Prescott would have a shot to lead the NFL in QBR and passing yards.

This has easily been the best season of Dak's career, though it could arguably be better. In several games, Prescott looked off to start only to find his stride in the second quarter or later. The Dallas Cowboys lead the NFL in dropped passes and have had several touchdown passes overturned due to penalty — poor Randall Cobb.

Though the last three weeks have taken Dak Prescott out of the MVP conversation, he and the Dallas Cowboys still have an opportunity to accomplish something significant if they're able to win two of their final three games, one being against the Philadelphia Eagles, and win the NFC East.

Though things haven't looked pretty, this is still a team with a chance and Dak Prescott is still a quarterback to believe in.

Midway through last season, there were a lot of conversations about what the future held La'el Collins with the Dallas Cowboys. Through the first half of the season, Collins looked to have taken a step back as he didn't quite take to then Offensive Line Coach Paul Alexander's techniques. After the Cowboys made the change and promoted Marc Colombo to replace Alexander, Collins began to revive his 2018 season.

After the 2019 NFL Draft, which saw the Dallas Cowboys spend a third-round pick on Penn State Offensive Linemen Connor McGovern, most believed the writing was on the wall with Collins. As an ascending tackle, it seemed unlikely that the Dallas Cowboys would be willing to shell out big money to retain Collins. It appeared the plan would be to move Connor Williams from left guard to right tackle and then insert McGovern in at left guard.

Then the surprise announcement came when the Cowboys and Collins agreed on a contract extension that would keep him around through the 2024 season.

His desire to be with the Cowboys has rewarded the franchise with excellent offensive line play this season. After getting his contract, he's taken his game to another level and will be just another cornerstone for this offense to build around.

Back in March, the Dallas Cowboys made a splash, sending their 2020 sixth-round pick to the Miami Dolphins for former All-Pro Defensive End Robert Quinn. Though they were able to get him for very little compensation, there was a lot of optimism about what he could bring to the Cowboys opposite DeMarcus Lawrence.

Prior to joining the Dolphins, Quinn had struggled to stay healthy with the St. Louis Rams. Before 2018, he hadn't played a full 16 games since 2014, which happened to be the last time he'd had a 10 sack season.

Though most thought Quinn would be a dynamic pass rusher for the Cowboys, nobody could have foreseen him leading the team in sacks in 2019. His ability to rush the passer has taken a lot of pressure off of the rest of the defensive line. In combination with DeMarcus Lawrence and the recently acquired Michael Bennett, the Dallas Cowboys have one of the best pass-rushing defensive lines in the NFL.

With just 1.5 sacks over the next three games, Robert Quinn will have the second-highest sack total of his career. 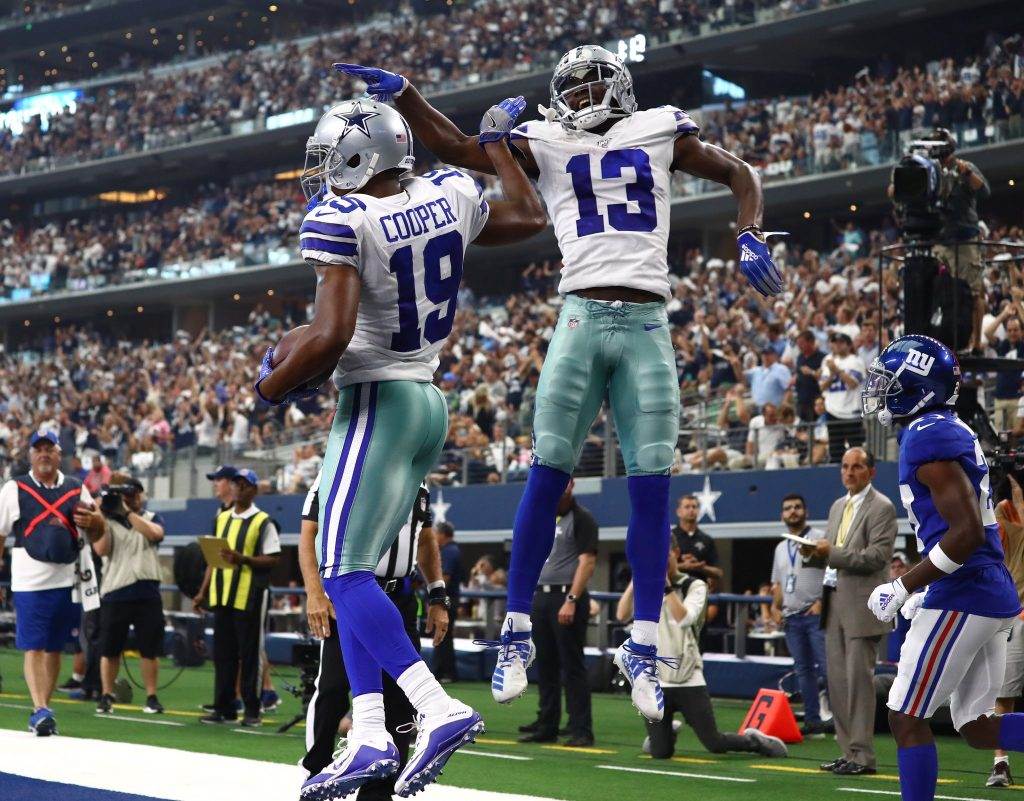 Gallup has 905 receiving yards this season. If you would have told me that Michael Gallup would have had 905 yards through 13 games this year, I would have guessed that Amari Cooper was lost for a significant portion of the season.

Prior to the season, I expected a jump in Michael Gallup's game after inefficiency and a lack of rapport with Dak Prescott hurt his rookie year. However, I didn't expect that he'd get the targets to be able to see a significant jump in his stat line. Not because I didn't think Gallup would be good, I just didn't expect the Dallas Cowboys to throw the ball as much as they have in 2019.

Michael Gallup has been tremendous this season and will continue to get better. He's grown a lot in year two and the sky is the limit in the Cowboys pass-happy offense.

As the page turned on Scott Linehan's career with the Dallas Cowboys, a level of excitement grew about what could happen with Kellen Moore as he was promoted to offensive coordinator. Things haven't always been perfect, but in his first season calling plays, after spending just one season as a quarterbacks coach, the Dallas Cowboys offense has been a revelation this season.

There are things he needs to work on if he is retained for a second season as the play-caller for America's Team, such as red zone play selection, encouraging Dak Prescott to scramble when he gets clear opportunities to do so, play sequencing, and figuring out what works best for his offensive skill players.

Much of what hasn't gone right for Moore and the Cowboys offense this year has been an execution thing. Drops and penalties, in particular, have killed a plethora of drives.

For a first-year coordinator, yes, things can always be better, but there's a lot to like about what Kellen Moore has done with this offense. They just need to do it more consistently.

It's no consolation for the season to say that these 5 Dallas Cowboys have exceeded preseason expectations, but it's important to recognize what's been good, even in a disappointing stretch of football. As quickly as things turned South for this squad, they can just as quickly turn around. Regardless, how the season finishes, doesn't mitigate the individual performances the Dallas Cowboys received this year that were unexpected.

Who exceeded your expectations this year? Who's missing from the list?