Should he go or should he stay!? That seems to be the question the Dallas Cowboys are asking themselves about their current Offensive Coordinator Scott Linehan. Many of us would say it's an easy decision to make, but we really don't know what's going on behind closed doors.

The only thing we know for sure right now is Scott Linehan is still employed by the Dallas Cowboys and it might be a while before we know his fate with the organization one way or another. The Cowboys coaching staff, including Linehan, will coach the Pro Bowl in a little over a week, which is why any decision regarding Dallas' coaching staff will likely be delayed.

I know my opinion means little, but I have a hard time seeing Scott Linehan returning to the Dallas Cowboys next season. His playcalling has been pretty predictable and dated the past few years, plus there's the fact he was nearly fired earlier this season during the bye week. I don't think he's done much since then to improve his chances of sticking around. But, that's just my opinion.

That's why today I thought I'd share with you a few of the potential OC candidates I'd personally target if I were the Dallas Cowboys. Let's get started… 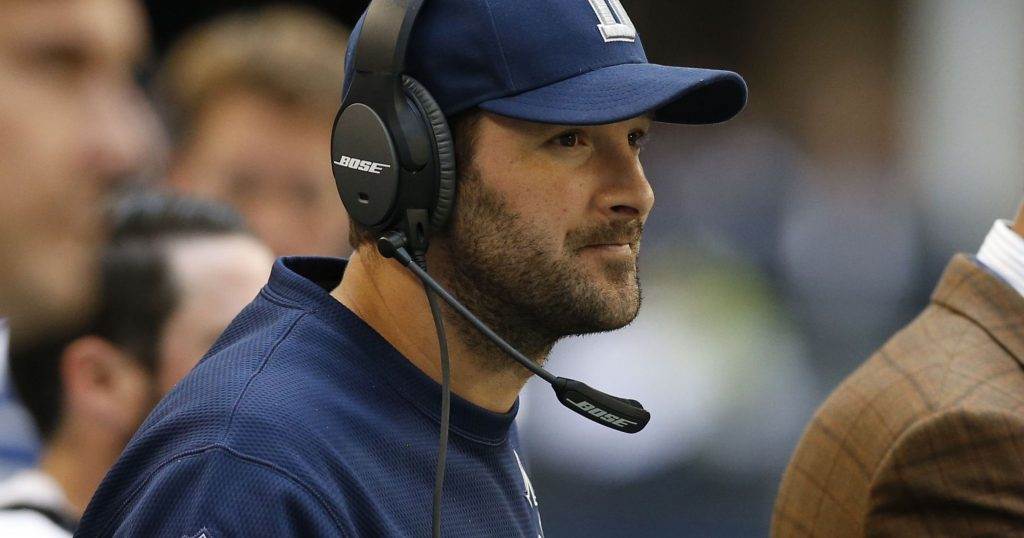 How elated would Cowboys Nation be if Tony Romo returned to the Dallas Cowboys as their next offensive coordinator. Everybody understands he doesn't have any formal coaching experience, especially in the NFL, but I seriously doubt that would matter.

No one would question his knowledge of the game, especially after hearing him break down the X's and O's first hand while he's commentating on game days. It's one of the reasons why he's grown in popularity as a commentator in such a short time.

Honestly, bringing in Romo as the OC could be the match made in heaven for the Cowboys. He already knows the system Jason Garrett likes to use offensively and his coaching philosophy. It would likely be a seamless transition, especially since he's already so familiar with the personnel. But, there's really no way of knowing if he's ready to leave his cushy commentating job to become a coach.

As much as I'd like to see Tony Romo make his return back to the Dallas Cowboys in a coaching capacity, bringing back Todd Haley to the organization would be a close second. He spent 2004-2006 with the Cowboys as their wide receiver coach before moving on to become the offensive coordinator for several teams (Cardinals, Steelers, Browns) and the head coach of the Kansas City Chiefs.

Unlike Romo, Haley has a proven track record as a play caller in the NFL. I personally like what he would bring to the table if made the new OC in Dallas. He is an aggressive play caller with a fiery attitude. I think his addition to the Cowboys offense could have the same kind of impact as Kris Richard's did to the defense this past season.

There is a downside about Haley though. He can be a bit abrasive with those he's working with. He's known for not always getting along with some of his players or with his coaching staff. It's one of the reasons why both he and Hue Jackson were fired this past season by the Cleveland Browns. I don't think it would be a problem with Dallas, but it is something to think about. 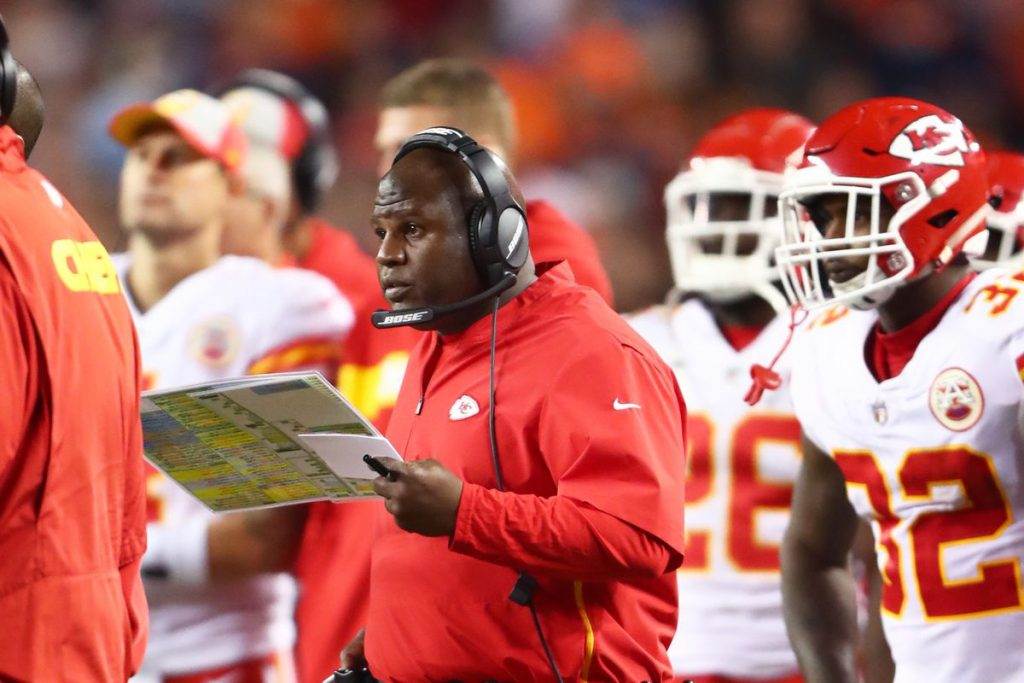 I'm grasping a little bit here because it would take quite a bit to lure Eric Bieniemy away from the Kansas City Chiefs, but it's not completely impossible. Jerry Jones would have to really put on his business hat to get Bieniemy's attention, especially after he was in the running for a few head-coaching jobs here recently. But, we all know how persuasive Jerry Jones can be when he wants to.

First off, the Dallas Cowboys would have to make Bieniemy their assistant head coach as well as their offensive coordinator. He is already the OC with the Chiefs, just not the playcaller. Andy Reid still handles those responsibilities. He does however handle the majority of the game planning, which is raved about because of his attention to detail.

His players have also raved about his personality and aggressiveness as a coach. This is something that has endeared Cowboys players to Kris Richard in a short amount of time and it could be the same if Eric Bieniemy comes aboard. Unfortunately, I think this is a longshot. He's probably is eyeing a head-coaching job that could come as soon as next season. Jason Garrett replacement? 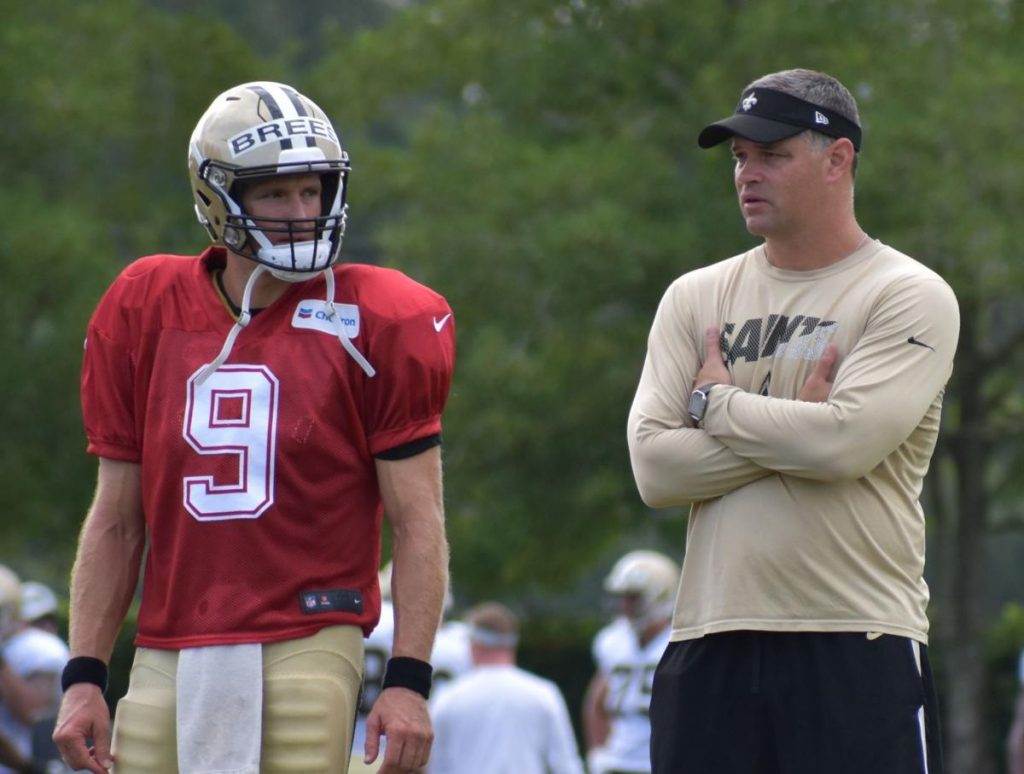 Joe Lombardi, the grandson of Hall of Fame coach Vince Lombardi, isn't on a lot of people's list as a potential offensive coordinator candidate, but probably should be. He does have one year of experience as an OC in the NFL, but that was with the Detroit Lions in 2014-2015 and we shouldn't count that against him. No play callers last long in Detroit since Matthew Stafford took over as their starting QB.

The reason I really like Lombardi as a potential Scott Linehan replacement is because of the time he spent with Sean Payton and Drew Brees in New Orleans. Minus the one year in Detroit, he's been with the Saints since 2007. The majority of that time was spent as the QB coach to one of the best ever played the game.

I've been trying to figure out a way to get Sean Payton back as a Cowboys coach for the past several seasons without any success. Turning to someone he's personally groomed could be the next best thing. He was there through all of Drew Brees' numerous passing records and his Super Bowl victory. He has also help develop Taysom Hill into the playmaker he's become this season. He could just be the guy to take Dak Prescott's game to the next level.

If the Dallas Cowboys do indeed decide to move on from Scott Linehan, it doesn't necessarily mean they will look outside the organization for a new offensive coordinator. They could quite possibly already have his replacement on the team in Doug Nussmeier, who served as their tight end coach this season.

Nussmeier's coaching background mostly consist of him being a QB coach or offensive coordinator at the collegiate level. In fact, those are the only two coaching titles he's held throughout his career until this year when he became the Cowboys TE coach. I don't know about you, but I find that pretty impressive, especially after seeing Dallas' young tight ends progress through the season.

Promoting Nussmeier to OC would virtually be a seamless transition for everybody involved. He knows the system, the players, and has been involved in the game planning this past season. I don't know however if he would be an upgrade over Scott Linehan. The two have known one another for years and have worked together in the past. Not exactly a ringing endorsement in my opinion.

Do any of these Dallas Cowboys OC candidates intrigue you? If not who?

Brian Martin
Level C2/C3 quadriplegic. College graduate with a bachelors degree in sports and health sciences-concentration sports management. Sports enthusiast. Dallas Cowboys fanatic. Lover of life with a glass half-full point of view.
Previous article
3 Things We Learned About The Dallas Cowboys In 2018
Next article
What Is The Cowboys Most Pressing Offseason Need?