For years we've seen now that the Dallas Cowboys have become a bit gun-shy in free agency. They spent big money to bring in Brandon Carr, and while he was good, he wasn't worth what they paid him. Now, they're afraid to pull the trigger on any big money going to outside free agents. They've done a great job at building their team through the draft and will continue to do so this season despite not having a first round pick.

The Cowboys front office may make a splash in free agency this season, but recent history tells me they're only going to dabble at the buffet instead of filling their plate. So, let's take a look at some players who will be signed somewhere, but people aren't talking about just yet.

The Dallas Cowboys need to go get a running back that can shoulder some of the load for Ezekiel Elliott. Yes, he's perfectly capable of handling 25-30 touches per game, but there's no reason he should have to do that. Jalen Richard of the Oakland Raiders would be an excellent compliment to Elliott.

Richard's 77 targets ranked eighth in the NFL, while his 68 receptions were seventh, and Richard had 607 receiving yards, which was sixth in yards among running backs. Richard also handle 55 carries this season. He's a dual purpose back that is capable of shouldering the load for a game or two and can spell Elliott with more effectiveness than Rod Smith provided.

Richard averaged 4.7 yards per carry, including 2.95 yards after contact. Richard had six of his 55 carries go for 10+ yards this season and ran for 12 first downs.

Ezekiel Elliott is one of the best running backs in the NFL and the Dallas Cowboys will continue to feature him. The Dallas Cowboys front office needs to look at taking some of the weight off of his shoulders to decrease the ware and tear. Especially if they're looking at giving him a second contract.

With it looking like Cole Beasley will be out the door this offseason amidst complaints of underutilization, the Dallas Cowboys will be needing another wide receiver and if you want someone who plays like Cole Beasley, look at Adam Humphries.

Now, I can hear people saying, “if you're going to sign a guy that plays like Cole Beasley, why don't you just sign Cole Beasley?” That's a fair question, and the simple answer is age. Cole Beasley will turn 30 in April, and if we've learned anything about the NFL over the years, it's that you don't pay aging players. Adam Humphries just turned 26, today. So if you were to sign Humphries to a three-year deal, you'd have him for his prime years.

Many would argue that tight end is a position of need for the Dallas Cowboys this offseason, even with the emergence of Blake Jarwin and Dalton Schultz down the stretch. By all reports, this is an insanely deep draft class, so the Cowboys will likely come out of the draft with at least one tight end this offseason, but we know how they work. Enter Jesse James.

James hasn't caught fewer than 30 passes in a season since his rookie year. Early in the season this year, James caught five passes for 138 yards nd a touchdown in the Steelers explosive passing attack.

In years past, we've seen the Dallas Cowboys front office go into free agency looking to address the needs on the team so that they can be free of any needs-based analysis when it comes to drafting players. Last season, the Cowboys signed Allen Hurns and Deonte Thompson prior to the draft to fill the need they had at WR, then proceeded to select Michael Gallup in the third round and Cedric Wilson in the sixth round.

Jesse James has been a solid player for the Steelers who the Cowboys could bring in as veteran insurance if Jarwin or Schultz don't take a step forward this offseason or if they miss out on a tight end. Even if they draft one, it would be in their interest not to rely on the rookie this year as it takes 2-3 years for tight ends to find their footing in the NFL.

Tre Boston was a name we threw around last season as a target for the Dallas Cowboys, though they expressed very little interest in the former Chargers turned Cardinals ball hawk. In 2017 with the Chargers, Boston had five interceptions. In 2018 with the Cardinals, he had three. He could really help an area where the Dallas Cowboys have struggled; creating turnovers.

The Dallas Cowboys only had two players with multiple interceptions on the season; Leighton Vander Esch and Xavier Woods. Xavier Woods was mostly good during his first full season as a starting safety for the Dallas Cowboys, but he needs to take a step forward going into his third year. The problem at safety this season, in my opinion, was Jeff Heath.

The Cowboys defense is close, but safety is one of the areas that is holding them back. Earl Thomas and Landon Collins are hot names this offseason for the Cowboys to pursue, but if they don't land one of the big names for their secondary, they really need to do what they wouldn't do last season;

The Dallas Cowboys aren't typically in the business of making huge investment at the defensive tackle position, but they need help along the interior. Antwaun Woods was an excellent find this season for the Dallas Cowboys at the 1-tech defensive tackle spot and unless they make a move, should go into next season as the starting 1-tech for the Cowboys. However, Antwaun Woods could use some help and that could come in the form of New England Patriots Defensive Tackle, Malcom Brown.

As we saw in the Indianapolis Colts game and the Divisional Playoff game with the Los Angeles Rams, the Cowboys struggled to eat up blocks to keep the interior offensive lineman from getting to the second level. At the second level, those offensive lineman prevented Jaylon Smith and Leighton Vander Esch from doing what they do best; run and tackle.

Malcom Brown of the New England Patriots is a run-stuffing 1-technique defensive tackle. The former Texas Longhorn is  6'2 and 320 pounds. He won't turn 25 until February first. He was 26th in the NFL among interior defensive lineman with a run stop percentage of 8% (min 169 run snaps). It's his first season in the NFL where he didn't record a sack or a tackle for loss, according to Pro Football Reference, which means he could be cheap.

The Dallas Cowboys want to be a team that is able to physically bully opponents and in the most important game this season, their front four got bullied. They need another big, physical presence on the interior to make life easier for their dynamic linebacking duo.

The Dallas Cowboys aren't going to be big spenders in the free agent period. That's not typically how they roll. If they do throw down some money on an outside free agent, I'd imagine it's for Earl Thomas or Landon Collins to come in and play safety.

The Cowboys rely on the draft to build the core of their roster and they've done an excellent job at that, but they'll make some signings for some guys that people aren't talking about because of the top-tier names that are available in free agency. 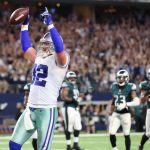 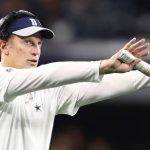