Can Joe Looney Compete For The Starting Center Job In 2020?

The All Pro caliber center had battled back from a horrible disease, fought his way back into football, and earned Pro Bowl honors his first season back.

Instead, Frederick decided it was time to move on from the game, a decision I respect immensely given the stakes at hand. But from a football standpoint, the Cowboys now have some questions to answer across their offensive line.

First, of course, is who will be their starting center this September?

Dallas could go a few different routes when it comes to replacing Frederick. Maybe Connor McGovern can kick over from guard to center to solidify the interior of the line. Maybe they'll look to draft a center this April, though the class doesn't look too promising and they do have more pressing needs. 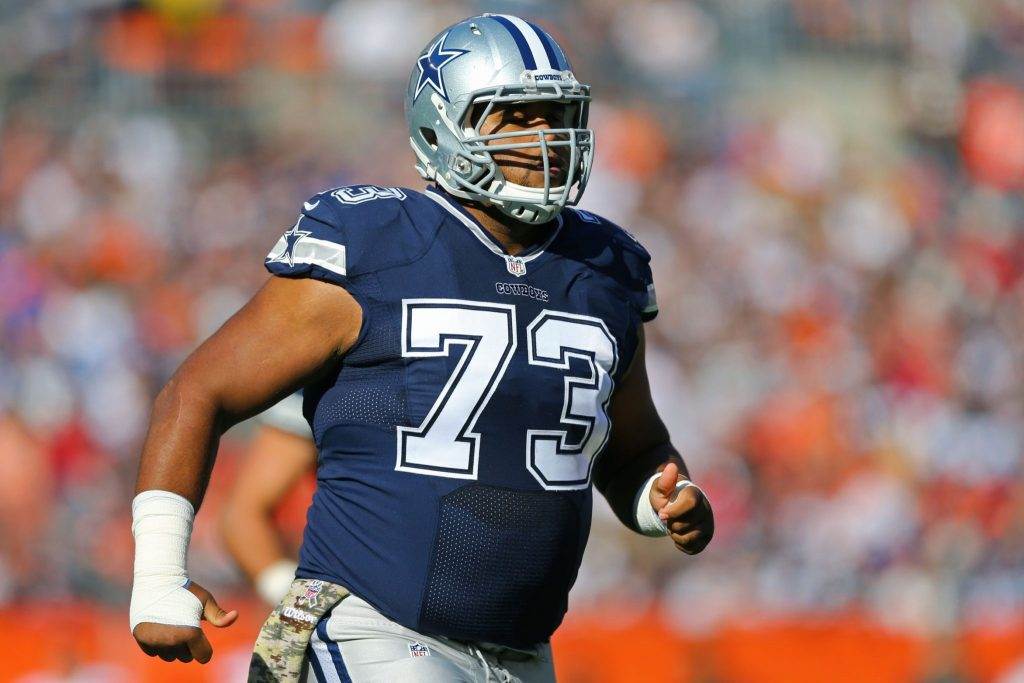 Joe Looney and the Cowboys agreed to a one year deal a few weeks ago, keeping him around for this important 2020 campaign. Looney started all 16 games in 2018 while Frederick was out, delivering some solid play especially as the season went on. No, he was not Travis Frederick, but he was definitely better than most could have hoped for considering the circumstances.

Now that he is back on a one year deal, and the Cowboys are dealing with the COVID-19 crisis when it comes to workouts and player acquisition, Looney's experience and familiarity with the other four starters could come into play. I could see the Cowboys using Joe Looney as a bridge guy for the 2020 season, before they go out and look for a longterm option at center next offseason.

Is that the best case scenario? Probably not, but it would keep the Cowboys' offensive line in pretty decent shape.

The more important story across that line will by Tyron Smith's health, as you hope you can get another 14+ games from the veteran to keep the high end talent on this offensive line intact.

Kevin Bradyhttps://kevinrobertbrady.wordpress.com
Die-hard Cowboys fan from the Northeast, so you know I am here to defend the 'boys whenever necessary. Began writing for a WordPress Cowboys Blog, and have been with ITS since 2016.
Previous article
Cowboys Draft: Will LSU EDGE K’Lavon Chaisson Be The Pick at 17?
Next article
NFL Draft: Wide Receiver an Unlikely Choice for Cowboys at 17

I AM ALSO A DIE HEART COWBOY FAN FROM PHILA. MY QUESTION IS WHY JERRY AND TEAM ARE NOT TALKING TO EDGE RUSHER E. GRIFFER FROM MIN. WHAT HARM DOES IT HURT TO TALK. THE MONEY IS ABOUT RIGHT.

WHAT IS UP WITH DAK. I THOUGHT HE WAS A TEAM PLAYER. WHAT WOULD HIS MOTHER SAY ABOUT ALL THIS , HIM WANTING TOBE THE HIGHEST PLAYER IN THE NFL. WHY NOT TAKE A LITTLE LESS AND USE IT TO SIGN THE EDGE RUSHER FROM MIN.

I think the center position is Joe’s to lose!! He is the only player proven to be a starter for us and he did really good for us in 2018!! I think we’ll give him some competition for the job, but I think he’s the first in line to start this season and it’s on him to keep it!!

Your last line in the story is a key item. I have said for the last few years, they need to address left tackle. I love that Mr. Smith is a team player, but his injuries have become a concern. I just dont think Connor Williams would be an adequate swing tackle. Guard and Center seems to be in better shape than swing tackle . I know it is not a direct relation to your article, but it is a story that I would be interested in reading more about it.

He did a solid job in ’18. Getting a C in the 3rd if there would be alright, but I think McGovern can rotate in a bit this season. He and Redmond should be very good backups for now.

I just SMH at these Articles, Come on Writer Please do better at your Job, Looney is the Starter so why would he Compete with those two Weak Conners. Maybe they can Develop one of them as a backup because there is always a Possibility of Injury!