Every season we look for a player to step up and provide production for the Dallas Cowboys that they didn't get a season ago. This year, fans have been hoping that offseason acquisitions like Randall Cobb can bring that extra offense, and a pass rusher like Robert Quinn can aid the defense in new ways.

But what if this breakout player was on the roster in 2018? And he showed signs of what he was capable of with added opportunities and comfortability at the end of last season?

The now third year tight end got off to a slow start in 2018, but had some impressive games down stretch for the Cowboys. In the season finale, when the Cowboys sat some of their premier weapons while opening up the passing game, Jarwin caught 7 balls for 119 yards and 3 touchdowns. Jarwin played so well in that finale victory over the Giants that he was even named NFC Offensive Player of the Week.

This, of course, was an incredible day for any tight end, let alone one who had only 307 yards receiving the entire season.

It wasn't just one big day from Blake Jarwin that should inspire confidence in him, though. A few weeks earlier, against the Eagles, Jarwin caught each of his 7 targets for 59 yards, providing timely offense for Dak Prescott and the Cowboys.

His production outside of those two games was negligible on the stat sheet, but when injury forced him onto the field more often late in the year, he clearly had a positive impact on the offense.

At 6'5″ 260 pounds, can Blake Jarwin be the athletic beast of a tight end that every team yearns for in 2019? Probably not to an elite level, but he certainly can provide that surprise production when needed in big moments.

The Cowboys didn't seem to have much confidence in Jarwin's potential heading into this offseason, as tight end was reportedly towards the top of both their draft and free agent wishlists. They didn't make any truly new acquisitions at the position, however, though they did bring Jason Witten back out of retirement. Bringing back about the same tight end depth chart from a year ago, with Witten simply sliding in as Geoff Swaim exits, make Jarwin a virtual lock to make the team.

Hopefully Jarwin (if earned) will receive more attention in the offense under new coordinator Kellen Moore, though he will now be competing with future the Hall of Famer Witten for those gameday reps.

Blake Jarwin should be in consideration for the starting tight end role, and if he can play during the preseason like he did towards the end of 2018, he may find himself above the esteemed Witten on the depth chart come September.

What the hell is that supposed to mean? The who dat crap is childish for one and does not fit in every instance.

Who dat? This isn’t the Aints page, Dem Boyz showed those guys last year “who dat” was when we put an end to their win streak & showed all that this team is for real! A lot of young talent on both sides the ball & will only get better as they get more comfortable with their teammates, build more trust, chemistry & having gotten a season together under their belts, some playoff experience along with some upgrades on the roster through free agency & the draft this team’s gonna be a top contender for years to come! 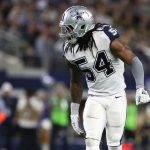 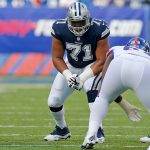