Could TE Dalton Schultz Be In Line For A Big Game Vs. The Giants?

Heading into the 2020 season, most Cowboys fans expected they'd found a secret weapon at tight end. Someone who could eat down the middle of the field while defenses worried about the star studded receiving corps and backfield the Cowboys boast.

We just expected that guy to be Blake Jarwin, not Dalton Schultz.

Since Jarwin went down with a season ending injury in the opener, Schultz has stepped in rather nicely. He's seen at least 6 targets in each of his three starts, including 10 in the Cowboys win against Atlanta back in week two.

Schultz has proven to be a nice middle of the field threat for Dak Prescott, as he's drawn linebackers in coverage and made the defense pay. Last week he was a key part of the near comeback, scoring a big touchdown and going for 72 yards on the day.

Today, Dalton Schultz has another opportunity to go off. 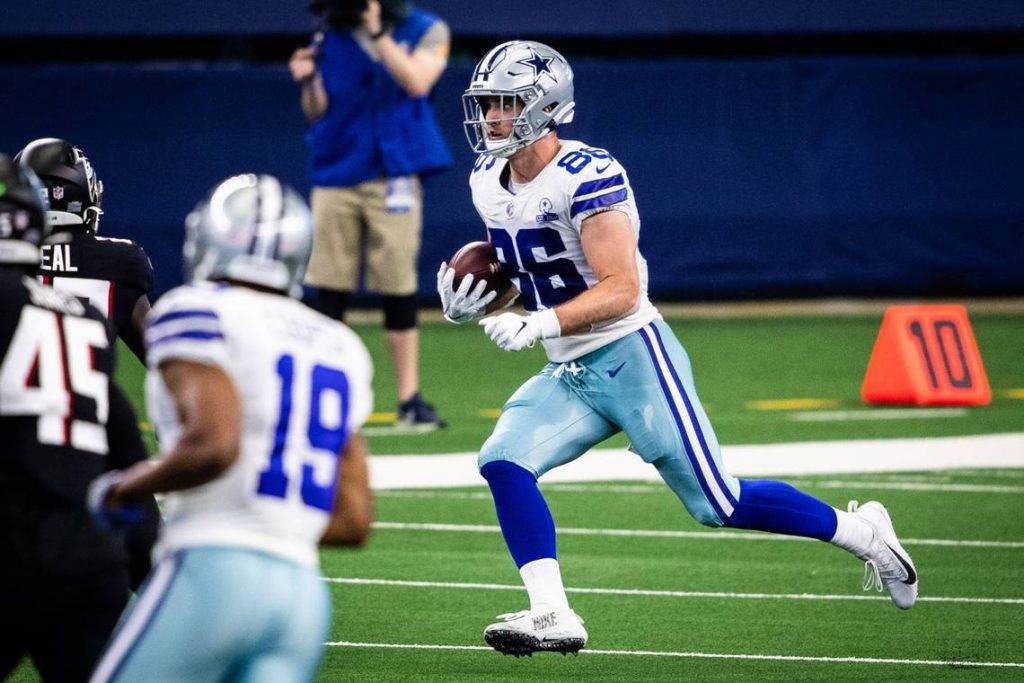 The Giants defense has played better than you'd expect this season, but it's still a pretty weak unit. They rank 22nd in EPA/play and 28th in dropback EPA. Despite spending capital to stop the run, the Giants run defense has not been up to par either, and Ezekiel Elliott could be in line for a big game on the ground.

Surprisingly, the Giants weak linebacking unit has not allowed a touchdown reception to a tight end this year, but that could have more to do with opposing wide receiver and running back success than anything else.

Outside of James Bradberry the Giants don't have much defensively that can keep up with these Cowboys weapons, and my eyes are on both Dalton Schultz and CeeDee Lamb to have big days this afternoon.

Schultz has had the benefit of some pass heavy game scripts, though, so if the Cowboys get a lead early he could be phased out in the second half.

Kevin Bradyhttps://kevinrobertbrady.wordpress.com
Die-hard Cowboys fan from the Northeast, so you know I am here to defend the 'boys whenever necessary. Began writing for a WordPress Cowboys Blog, and have been with ITS since 2016.
Previous article
Can Cowboys Offense Continue Recent Dominance of New York Giants?
Next article
C Tyler Biadasz, S Donovan Wilson Will get 1st Starts Against Giants