Over the past couple of days, Tackle Andrew Whitworth has been contacted by many reporters about joining the Dallas Cowboys. With all this commotion, will we see Andrew return to the NFL in a Cowboys jersey?

We all know that last year after the Los Angeles Rams won the Super Bowl, Andrew decided to call it quits and retire from his career that lasted 16 seasons. After thinking this would be an easy-going year, Andrew started to receive calls from reporters asking if he plans on joining the Dallas Cowboys O-line.

This was right after Tyron Smith was injured, speculation somehow got around that Whitworth may be acquiring himself to the Cowboys. However, many people thought that members and staff from the Cowboys were reaching out to Andrew asking if he could join the team, this was false.

As Andrew stated, he is not interested in joining the Cowboys and would rather enjoy his first year off of not getting knocked around by linemen. This isn't stopping fans and players from trying to convince Whitworth to join their team.

While fans have been commenting on Andrew's tweets and sites, Micah Parsons came right out on a tweet saying that he would love to see “Big Whit” join the team this season.

It seems like the entire league knows that Dallas is in trouble when it comes to their offensive line. So how can they fix it? The Cowboys should try to gather up players who are still relevant to the game. They should search around the NFL and find tackles who are still playing the game rather than ones who aren't.

Now again, the Cowboys themselves did not reach out to Andrew Whitworth, only reporters did. But if the offensive line is a big deal, then they are gonna need to search for some other players fast before the regular season starts.

To get back on topic, fans won't be seeing Whitworth in a Cowboy jersey this season or probably ever. When a man wins a Super Bowl and retires with it, then the chances of him coming back to the league are slim.

Although, the question still lingers of if any new tackles will rise and join the Cowboys this season. It's hard to say at the moment, but it would be better for the team if they were to collect more tackle positions before the season starts.

Sound like a non-story, other than they don’t have a solid, experienced LT on the team right now.

Well, I mostly covered this story to show that the Cowboys aren’t the people trying to recruit him, it’s the reporters. They have been contacting him like crazy asking if he’s going to join the team or not so I wanted to set that straight.

Three years ago I posted that we needed to draft somebody that we could groom to play the blind side position and now here we are at the start of a season with a good but not great RB in EE that has a contract way more than what he is worth and a QB that has shown some promise but has yet to prove he is worth what he is being paid! Hope Dak can throw touchdowns with people hanging around his neck!! Ole Jerry as we all know needs to turn this Organization over to someone that knows how manage a team !!

Yes, we needed to focus a lot more on our line the past couple of years and should have worked on gathering good linemen for our team. We’ll see what happens sooner or later. 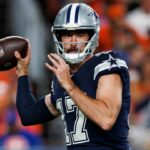 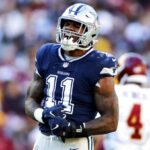