While Christmas Eve may be the most infamously memorable date from this Cowboys' 2017 season, with the visiting Seahawks spoiling Ezekiel Elliott's return from suspension to force Dallas out of playoff contention, a case could be made that this 9-7 campaign was set up months earlier.

On the heels of winning the NFC East at 13-3, the Cowboys took their usual approach to free agency last offseason — patching holes with depth players available on cheap contracts.

The scope of this article is not to cover what the definitive biggest problem was for the 2017 Dallas Cowboys, but their mix of distractions, suspensions, and injuries is best summarized as a lack of depth.

For the better part of the season, the Cowboys did not have better players than their opponents on the field — a simple recipe for disaster in the NFL. This means that their free agent acquisitions did not perform as expected.

Looking back, here are the contracts the Cowboys gave out last offseason, with their end results:

In some areas, the Cowboys' loss of depth through free agency allowed younger players to shine. Cornerbacks Chidobe Awuzie and Jourdan Lewis only further cemented this team as a draft-first organization, turning the Cowboys' secondary into a strength.

The positions elsewhere on this list remain ones of need a year later though. With Stephen Jones mostly calling the shots, the Cowboys do not like to enter the NFL Draft with a glaring need at any position.

Dallas' pass protection for QB Dak Prescott was putrid at times without LT Tyron Smith, as Byron Bell could not be counted on as his replacement. Bargain-shopping for pass rush again too, the Cowboys' defensive line has plenty of young talent to be legitimately excited about, but is in need of depth that can stick with the team, unlike Damontre Moore. 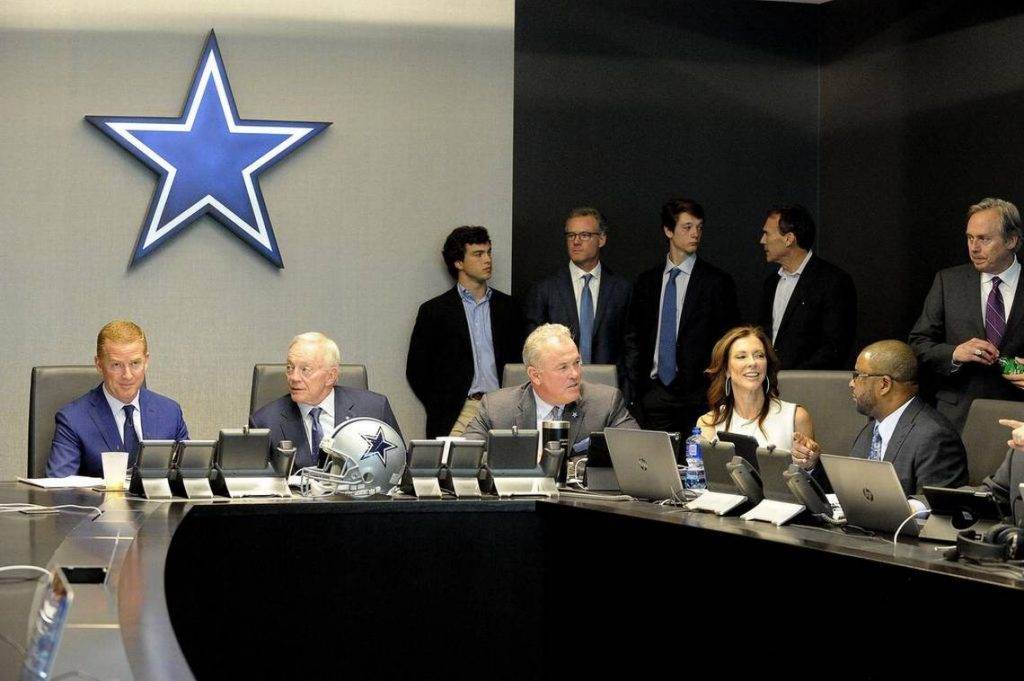 This NFL offseason is hardly in full-swing yet, but already it appears the Cowboys will enter April's draft favorably.

Quality depth can be added through a deep draft class, in a year where the Cowboys may have as many as 12 picks (an optimistic way to look at their poor turnaround in free agency from the previous year).

However, the offseason is not yet here for all 32 teams.

Two teams that are simply better at roster building than the Cowboys still have to play on Sunday. Super Bowl LII features the hated Philadelphia Eagles, who have overcome an impossible amount of key injuries to earn another shot at their first title, against the New England Patriots. 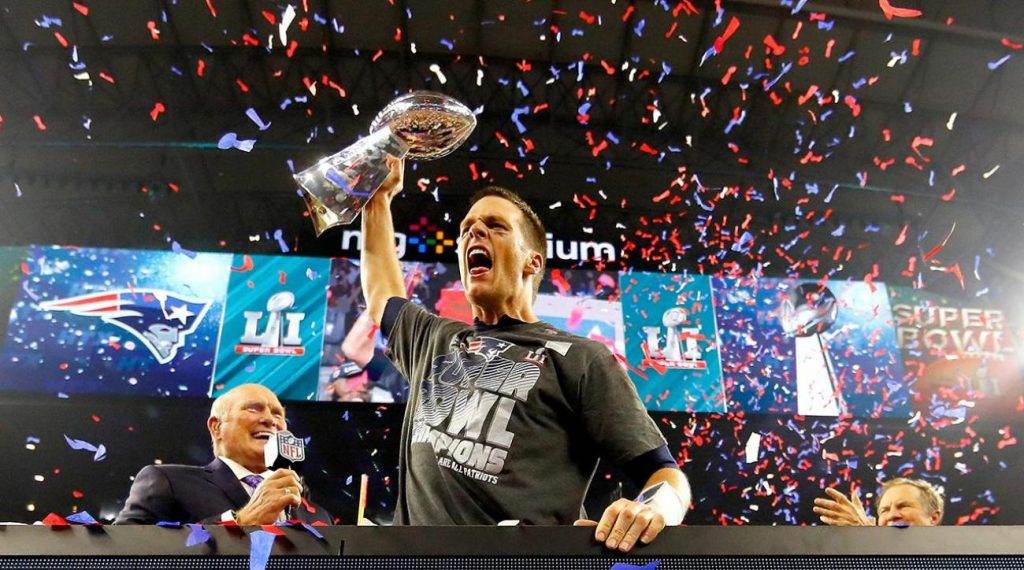 Fans everywhere know all too well about the Patriots this time of year, and ones who pay close attention to the league certainly see their plug-and-play free agents contributing to playoff success each season.

Stephen Jones outlines what should be a familiarity strategy for the Cowboys in 2018 — keeping their own and working the draft.

Although I am intrigued by the word “opportunities” in this quote 👀 #cowboyswire pic.twitter.com/0KHuzBrdFH

Dreams of this year's Super Bowl long gone in Dallas, the Cowboys have sold their faithful once again on “the process”.

Calls for serious change to occur after this season have been met with coaching changes to the offensive line, wide receivers, linebackers, special teams, and tight ends (a position that remains vacant). Kris Richard has also been hired to replace Matt Eberflus as passing game coordinator.

Head Coach Jason Garrett and both of his coordinators remain in place though, preparing to coach a roster that won't look drastically different — with the same front office constructing it using a similar approach.

Whether or not the Cowboys' way of doing things can survive another offseason like last year's will be determined by how available their top players are for 2018.

As a draft analyst, I support nothing more than teams embracing the young talent available to them every April. As a Cowboys writer, I've supported this coaching staff numerous times — along with the idea that this team isn't as far from turning things around as I may be leading you to believe.

As simply a Dallas Cowboys fan though, the reality is this: a lot of things have to go perfectly for the Cowboys to contend next season.

After arguably derailing this season before it even started, the two teams left standing this week simply can't relate to the Cowboys' organizational approach. One of them will be bringing the Lombardi trophy back to their city, an honor the Cowboys haven't realized in 22 years.

Placing themselves behind the figurative eight ball before a season like 2017 begins will do little to ever end this streak.

Personally I don’t think that it’s the logic but I think that within the logic, poor decisions were made. Our drafting the last few years has been really good. We have gotten impact players in almost every round and we have found UFA that contribute (Rod Smith). One of the biggest factors that don’t allow us to be shoppers in free agency is the continuous bad contracts that we give out and then have to restructure constantly. Our cap room is never truly competitive enough to go out and get a top level guy without it being at the expense of two or three other capable guys to resign. I think also sometimes we re-sign our own players when we shouldn’t (Terrance Williams). This offseason we should have a good number of picks, as well as needing to prioritize signing Lawrence and Irving to long term deals, extending zack Martin, and really trying to get hitchens back on another deal.

Good thoughts all around here Nick, appreciate you reading and taking the time to comment. There certainly is a point where re-signing your own at the rate they want to (meaning they have mostly players that are worth it) does backfire, and Williams is a really great example of how it holds back the ability to churn the depth chart at a certain position. The “just keep building this thing” approach can get there, but any team that wants to win needs to take risks.

Hey Sean, it was a great read and I think a big topic when you look at the success of this team. I agree that a team needs to take risks. My biggest question is why they seem to be so good at evaluating the players coming out of college for the draft and as UFA, but can’t hit in free agency at all. We picked up Brandon Carr for a big contract and while he stayed on the field, he wasn’t making any plays. We signed Greg hardy and he didn’t do much in a suspension shortened season. And then there was the disaster of signings that we had last offseason. We don’t seem to evaluate talent the same way when it comes to free agency, or so it would seem. Maybe it’s our financial situation on a yearly basis that has us look at “bargain” players only. It’s pretty baffling.

Great points, Nick, on Hardy and Carr. I was looking at the dead money on Spotrac. Dead money is part of the problem. If we would have had more cap space, would the Boys have resigned T Will? This year we have 13.4 million in dead money from Tony Romo, Cedric Thornton and Nolan Carroll. A lot of folks want Dez gone and that is another 8.5 in dead money and now we are up to almost 22 million. That limits present choices because of past decisions.

I agree they need to resign Lawrence and Zack Martin for sure. They resigned Terrance Williams and why I have no idea. He couldn’t catch a cold. David Irving at least has made an impact when he plays, so they should resign him as well. They really need to look at LOT either in free agency or the draft. Someone who can step in for Tyson Smith if he can’t play. There definitely isn’t anyone on the current roster capable of taking over for him, that was proven in Atlanta. They need to stop with the continuous bad contracts for players who don’t earn them, Terrence Williams for one, and stop shopping the bargain basement for impact players. All they get there are players past their prime and close to retirement or players that were never that good to begin with

I agree. I know they like Terrance Williams for his run blocking ability but come on. You give the guy a chance to learn to catch the ball with his hands. He’s had four years in the league and still tries to catch everything with his body, and it’s been costly as a lot of them have resulted in drops or interceptions. It’s a shame cause he has a great talent for catches near the sideline and he has some speed to make a play after the catch. Doesn’t really mean much if you can’t catch the ball though. It’s time to give Noah Brown some reps as the #2.

Good eye, Brown can block just as well as Williams too. It was Ezekiel Elliott that stood on the table for him to bring in an Ohio State teammate with that type of skill.

We sat back and watched the eagles be aggressive in Free agency and the draft while we did absolutely nothing. Long story short, they’re in the Super Bowl and were on the couch watching them. This season was wasted