The Dallas Cowboys are currently set to bring 15 offensive linemen to their 2021 training camp. Of those, only 8-10 will make the final 53-man roster. How do they currently stack up if we project the depth chart for next season?

While the five starters are all fairly certain, there's lots of room for debate and competition among the backups. While recent mid-round draft picks like G/C Connor McGovern and OT Josh Ball feel pretty likely to make the team, some familiar faces may be in a tough fight for their jobs.

Here is my current projection for 2021. The players on the top line at each position are who I expect to make the team (starter listed first) and beneath them are other hopefuls scheduled to participate in next week's start to training camp.

We all know how locked into their spots Zack Martin, Tyron Smith, and La'el Collins are. And after a strong 2020 season, Connor Williams appears to have finally have a strong grip on the starting job at left guard.

Tyler Biadasz had a lot thrown on him as a rookie and was one of the lowest-graded starting centers in the NFL. But all signs point to him getting another crack at it in 2021 with minimal competition to deal with.

Connor McGovern is the one guy you could see pushing Biadasz for the role, but the third-year reserve feels more likely at this point to replace Joe Looney as the versatile guard/center backup. McGovern will likely be the primary backup at all three interior line positions and his roster spot is almost assured.

Signed as a free agent last March, 35-year-old Ty Nsekhe would seem to be walking into the swing tackle role previously held by Cam Erving and Cam Fleming. But with experienced young prospects in Brandon Knight and Terence Steele, plus the rookie Josh Ball, Nsekhe isn't just going to be handed the job.

Another prospect to watch is 7th-round rookie Matt Farniok. Also having some position flexibility, Farniok doesn't have much competition among the interior linemen and may be replacing Adam Redmond as another emergency option either on the roster or at least from the practice squad.

Other OT prospects like Isaac Alarcon, Mitch Hyatt, and Eric Smith certainly have potential to push their way into the conversation, but the experience that Knight and Steele have from 2020 will give them an edge.

The biggest question of all will be how many total offensive linemen the Cowboys choose to keep. After last year's injuries, and especially with the chronic issues that Smith and Collins deal with, it's likely to be 9-10 players and will allow for at least one or two more guys to make the roster than in some season.

As with most of the Cowboys' 2021 offense, the starters on the offensive line feel set and the variables are all further down the depth chart. But given what happened last year with injuries, those backup battles are going to deserve extra attention as we move through camp and the preseason.

I believe they will carry 10 OL into their roster but only dress 8 per game. T. Smith, C. Williams, T. Bydasz, Z. Martin and Lael Collins with T. Nsekhe (swing tackle), Connor McGovern (center guard), Brandon McNight (guard/tackle). J. Ball and M. Farniok (inactive most games unless there is an injury. Ball has a better draft profile than Steele, even when Steele was favored by coaches last year. Steele will probably go to the practice squad along with Alarcon and Jones. Hyatt and Smith have very little chance. 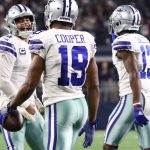 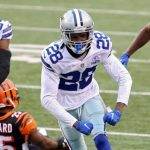