We're just three weeks away from the start of the Dallas Cowboys' 2022 training camp! To prepare for camp and the upcoming season, we are beginning a position-by-position preview of who the Cowboys are bringing to this year's camp, plus the major storylines and competitions to watch for. The series kicks off today with a look at Safety.

Dallas enters 2022 with relative stability at a position that has seen little of it the last several seasons. Last year we saw nearly complete turnover with Jayron Kearse, Damontae Kazee, Malik Hooker, and Israel Mukuamu being added while Donovan Wilson was the only meaningful holdover.

Even before that, Xavier Woods was a mercurial presence who failed to earn a second contract. Byron Jones was deployed at safety for a few years before being wisely moved back to corner. Jeff Heath would bounce from lauded playmaker to coverage liability almost weekly.

Indeed, it's been a while since the Cowboys went into season with any real confidence about their safeties.

Now we have Kearse coming off a breakout season that earned him a new two-year deal both as a starter and leader on the young defense. Hooker was also re-signed at $4 million annually, suggesting he will also be starting in 2022. Malik was playing his best ball late in the year and should absorb most of Kazee's snaps.

If both players build on their strong debuts with Dallas, Hooker and Kearse could be the best starting duo we've had at safety in a long time.

We've already talked about Kearse and Hooker as the assumed starters so let's do further down the depth chart. Donovan Wilson is back for the final year of his rookie deal and certainly would like to get his starting job back. But that isn't looking likely.

Wilson and Kearse are both best suited for the traditional “strong safety” role and playing closer to the line of scrimmage. Neither is rangy enough to play the “free” role full-time, which is where Hooker is projected to be.

Donovan should still get work as Kearse's backup given Jayron's occasional usage as a hybrid linebacker. He'll also likely be the next man up if either starter is injured.

Israel Mukuamu went relatively unseen after being a 6th-round pick and having a strong preseason for Dallas last year. He had a strong showing in the Cowboys' regular-season finale and could be a sleeper in this year's camp. While I doubt he'd push Malik Hooker out of a job, situational usage and a rotation role aren't off the table.

Tyler Coyle spent last year on Dallas' practice squad. He will be battling with undrafted free agents Marquese Bell and Juanyeh Thomas for either the last roster spot at safety or to be on the practice squad this year. How many safeties the Cowboys keep will depend on their numbers throughout the roster and the versatility of their defensive backs. 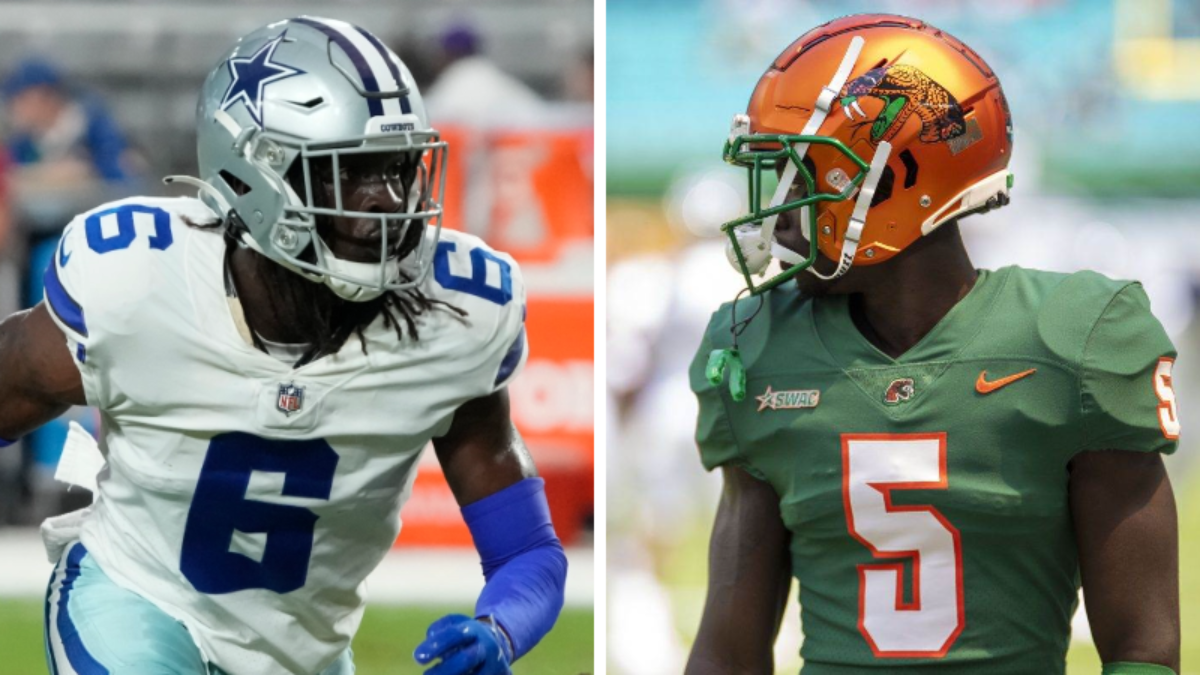 It's a classic case of “shiny new toy” syndrome; Bell has been getting a lot of hype as a priority undrafted free agent and a pet cat for many in this camp. But it was less than two years ago that we were all high on Wilson's potential, which was unfortunately hindered in 2021 by injury and falling behind the veteran influx.

Bell projects similarly to Wilson and Jayron Kearse as a strong safety with some hybrid LB potential. If the team. He's also four years younger than Donovan, offering Dallas a new option for development as Wilson becomes a free agent next year.

Still, we shouldn't be quick to dismiss Wilson's experience and talent. He was the starter going into 2021 before missing nearly half the season. He will be hard to oust from the backup role if fully healthy, especially with contract-year energy going for him.

Because he's in Year 4 now, Donovan count nearly $1 million against the salary cap with just over $31k in dead money. If he struggles this summer then there is a financial incentive to releasing him.

Even if Wilson excels it's entirely possible that Bell makes the roster as the fifth safety and a developmental prospect. If he's as good as advertised than he'd be an awesome find as Kearse's backup and especially with Donovan's possible exit in 2023. He has to perform immediately to force the Cowboys to not want to risk losing him off the practice squad.

Jess Haynie
Cowboys fan since 1992, blogger since 2011. Bringing you the objectivity of an outside perspective with the passion of a die-hard fan. I love to talk to my readers, so please comment on any article and I'll be sure to respond!
Previous article
2022 Cowboys Season Preview: Week 2 vs Bengals
Next article
Should the Cowboys Trade for Diontae Johnson?

When the time reads 5:30 p.m. CT on Sunday, the Dallas Cowboys will battle the San Francisco 49ers in an NFC Divisional matchup. This...
Cowboys News

After a dominant performance from the Dallas Cowboys on both sides of the ball in the Wild Card round of the 2022 NFL Playoffs,...