The Dallas Cowboys have arrived in Oxnard for training camp, with practice beginning today. A welcome sight will be their offensive line at full strength in protection of Dak Prescott, as Tyron Smith and La'el Collins return. Only addressing their OL depth with two late round picks, the Cowboys learned what they have in Connor McGovern, Brandon Knight, and Terence Steele, who all got extended playing time last season.

Joe Philbin and Jeff Blasko will coach the Cowboys line, looking to regain their status as one of the league's best. 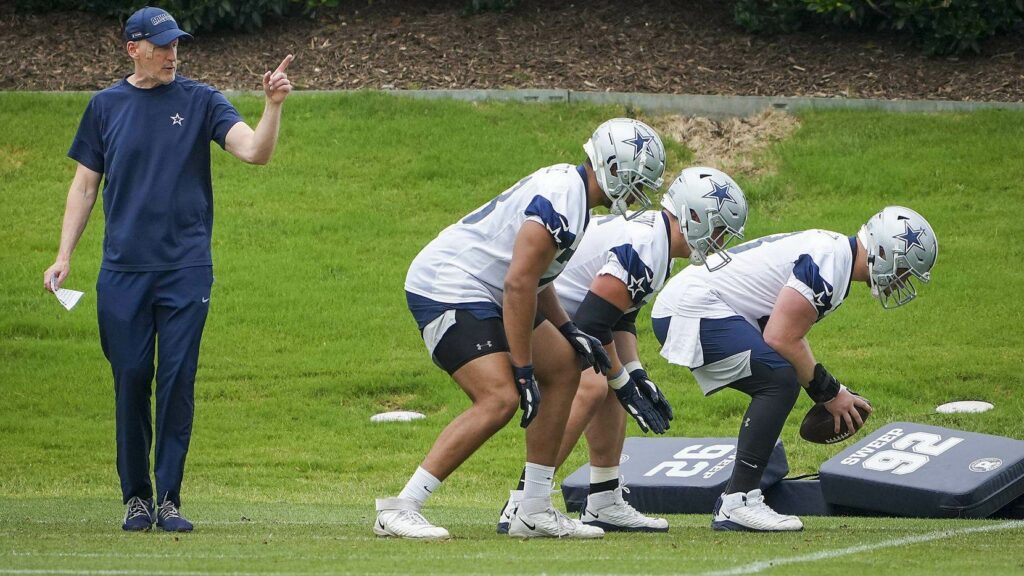 Getting to Know Joe Philbin

Philbin was one of Mike McCarthy's hires as a former assistant to him in Green Bay. Entering his second season with Dallas, Philbin has more years of NFL experience than anyone on the Cowboys offensive staff. This bodes well for coaching veterans like Smith, Collins, and Zack Martin.

Named the Packers' interim HC when McCarthy was fired, Philbin also has previous head coaching experience with the Dolphins from 2012-15. It's no secret the Cowboys value their OL as a building block of the team, and having an experienced coach like Philbin to work alongside Kellen Moore shows their commitment to the position group.

Blasko is another coach with experience under McCarthy, joining the staff in 2020 by way of the Cleveland Browns.

Knight, McGovern, and Steele all saw extended playing time as part of the Cowboys patchwork OL in 2020 – which even featured a few games of Martin kicking out to right tackle.

Offseason reports on Smith's health have been optimistic, enough so for the Cowboys to trust what's behind their franchise LT and not address the position with urgency in the draft. When healthy, there's no doubt Smith can still play as one of the best tackles in football.

Where the Cowboys may find room for improvement and a glimmer of hope for new players along the line is at left guard and center. Perhaps unfairly, Williams' game has always been compared to the two players he lines up with, Smith to the left and Joe Looney/Travis Frederick at center. 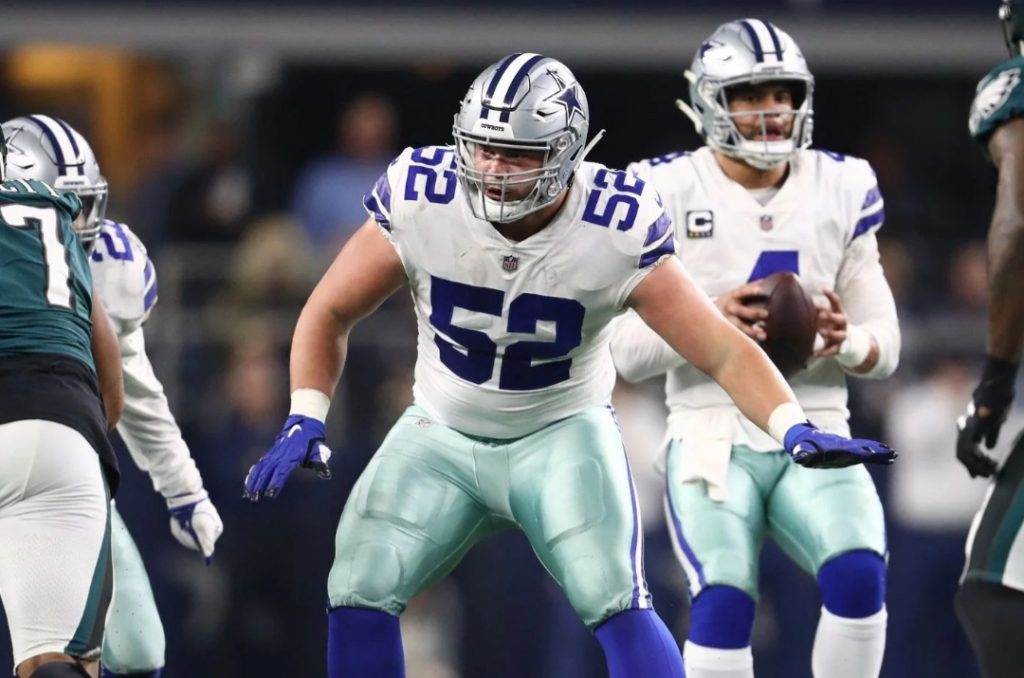 Williams returned from an ACL injury to start every game for the Cowboys last season, valuable experience for a player that's now seen his share of pairings across the position group. Williams taking control of the left guard position would allow the Cowboys to focus McGovern as a backup center, playing as a swing G/C in 2020.

A backup center is perhaps the Cowboys biggest need for insurance at OL, though rookie Tyler Biadasz got off to a very strong start in 2020. The Wisconsin product is looking to pick up where Frederick left off, and with big shoes to fill he took charge of this starting role.

Knight and Steele were the Cowboys replacements for Smith and Collins for much of 2020. Knight brought some playing experience from 2019 and solidified himself as a backup, while Steele struggled through many of his reps. Though he did improve as the season went on, the door should be open for Steele to be pushed by returners like Hyatt and Alarcon, as well as a few newcomers.

The Cowboys OL has been referred to as the engine of the team, and maintaining it with new players to develop can be considered routine maintenance. This year's roster features draft picks Josh Ball and Matt Farniok, as well as FA addition Ty Nsekhe and UDFA Braylon Jones out of Houston.

Ball fell in the draft due to some off-field concerns, but the Cowboys took a chance on the athletic tackle out of Marshall in the fourth round. Though there's several players that should see playing time ahead of Ball if needed, this is a player to watch through the preseason. Ball has all of the traits to become a young backup on a rookie contract for the Cowboys to insert at left or right tackle when needed.

Farniok was the Cowboys final pick in the 2020 Draft, a heavy-handed guard/center out of Nebraska. As mentioned, the path to playing time at interior OL for the Cowboys may be a difficult one. The team has every reason to keep Biadasz in the starting lineup at center – flanked by a healthy Williams and an All-Pro in Martin at right guard.

Signing a one-year deal with the Cowboys this offseason, Nsekhe was most recently with the Bills in 2019. His career has featured stops in the Arena Football League with the Dallas Vigilantes, Philadelphia Soul, and San Antonio Talons. His longest stint in the NFL came within the NFC East, re-signing with the Redskins in 2015 after being with them in the offseason. 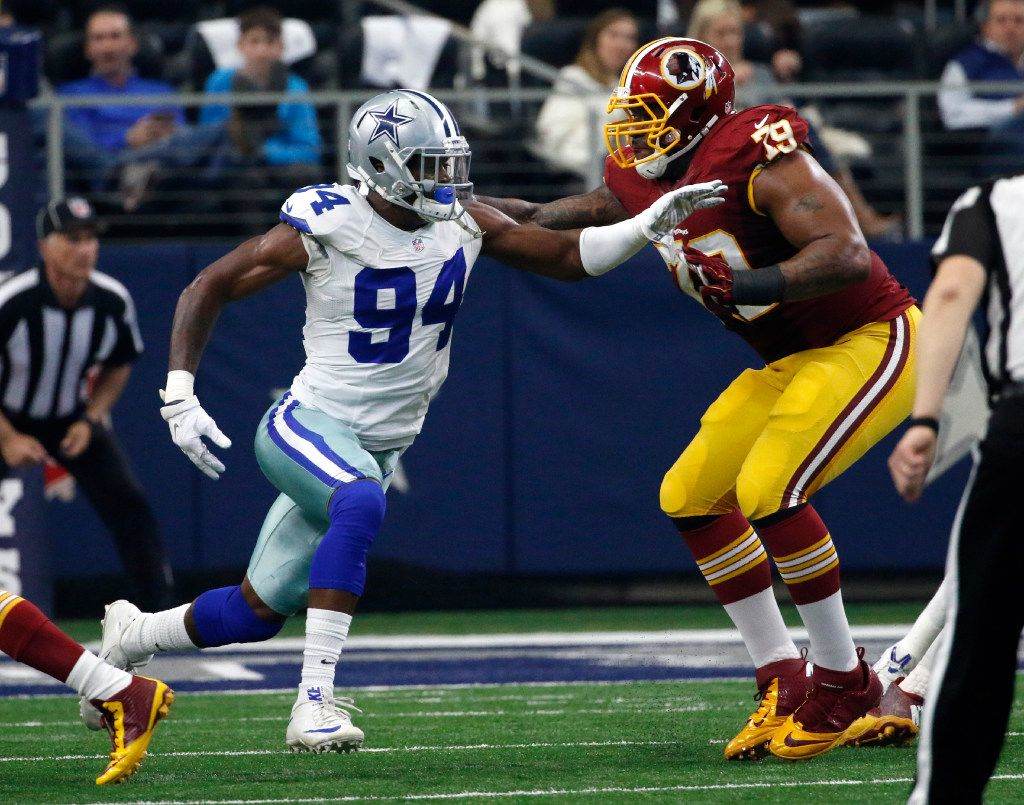 Nsekhe started for Washington against the Cowboys in one game each season from 2015-17.

Staff Writer Jess Haynie, covering Cowboys training camp right here at Inside The Star, previewed each position this offseason by looking at whether or not the team improved from 2020:

Yes, the overall play of the line will improve tremendously with our big-three starters all returning healthy. But this is about offseason movement; those players were already here last year. This a question of players lost versus players added, and right now I can’t see that we added anyone who currently presents the same value as Joe Looney.

Hopefully, everyone stays healthy this year and it doesn’t matter.

Just going off draft evaluations for Ball and Farniok, I disagree with Jess that the Cowboys are worse off at OL for 2021. Yes, they replaced some experienced backup depth with developmental talent, but have the right coaches in place to get these players to speed when the times comes. They also return enough experience from their patchwork line of a year ago to build confidence that an injury to Smith, Collins, or another starter won't derail the season.

Joe Looney should be signed to replace Connor McGovern. Looney is a much better player and has more experience.