Injuries have become the dominant theme for the Dallas Cowboys so far this year. Just when it looked like the cornerback position was about to get deeper with Jourdan Lewis returning from an ankle issue, veteran Anthony Brown is now headed to injured reserve with a rib injury suffered in practice.

Lewis was one of the Cowboys' inactive players last week in Los Angeles, having missed the latter part of training camp with the ankle injury. He was able to practice fully all this week though and should serve as Dallas' third CB against the Falcons.

Brown handled that role last week as the Cowboys lost their season opener against the Rams. He will now be out the next three games at least on IR but can return as soon as Week 5 if healthy.

A blow to Cowboys’ secondary: CB Anthony Brown (ribs) has been placed on injured reserve, team announced. He is ineligible to practice or play for at least 21 days. Brown added to injury report on Friday.

The temporary 2020 rule changes due to COVID-19 allow for a player to be place on injured reserve and only have to stay for a minimum of three weeks before he can be reactivated. There is no limit to the number of players a team can recall from IR during the season.

It's not a surprise to see Brown's roster spot go to an offensive tackle. With La'el Collins already on IR until at least Week 4, Dallas suffered a major blow as Tyron Smith suffered a neck injury in practice and is considered a game-time decision for the Falcons.

As for the cornerbacks, Jourdan Lewis' return is valuable as Dallas prepares to stop Atlanta's potent receiving weapons. While some of the production came in garbage time of their loss to Seattle, the Falcons did put up 450 passing yards last week.

Unlike their situations at offensive tackle or linebacker, the Cowboys at least are treading water here with Anthony Brown's temporary exit. Dallas could certainly use one of Lewis' big plays this week as they try to avoid falling to 0-2 on the year. 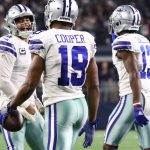 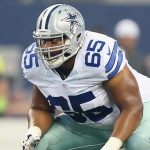