Having only one pick in the first two rounds, and none within the top 50, the Dallas Cowboys would be best served to just sit-and-pick during the 2019 NFL Draft. If anything, they should likely look to move back in the draft to acquire some more draft capital.

Well, this is an interesting offseason for the Dallas Cowboys. Not only is their head coach on a one year deal of sorts and coming off a season in which his seat reached the highest temperatures it's ever seen, but Stephen Jones has repeatedly preached the importance to “take the next step.”

No more will it be accepted to just get to the postseason and lose in the Divisional Round. At least that's what they seem to be saying.

So, it's fair to say it is time for the Cowboys to go “all in.” All in on this championship window with their elite defensive players (for the most part) on team friendly deals. All in after already dealing their 2019 first round pick for wide receiver Amari Cooper. All in to take the next step.

What better way to go all in than to add an elite defensive player to your roster. One who fits exactly what the defense needs in an interior pass rusher and run stuffer. An athletic three technique with Aaron Donald-like flashes on his college tape and elite traits which project greatness.

That player, if you haven't yet guessed, is Houston defensive lineman Ed Oliver.

Despite his elite traits and abilities, Ed Oliver is expected to “fall” in the draft and be taken in the 10-15 range. The most popular landing spot for Oliver according to mock drafts? The Atlanta Falcons 14th overall.

With their first round pick next year and a package of some other selections in this year's draft, the Cowboys would likely have the ammo to move up to 12 or 13th overall to steal Oliver from the Falcons.

The owners of those picks are the Green Bay Packers and Miami Dolphins, each in need of adding talent throughout their entire roster. The Packers, who select 12th overall, also have the 30th pick in the first round of the same draft. This could make it more palatable to move their 12th pick to Dallas, especially if they are getting an extra first next year and an extra second rounder in 2019 as well.

Ed Oliver is the type of player that will make you “leverage your future” drafts for, though. An offseason that contains re-signing DeMarcus Lawrence and trading up for Ed Oliver is a damn good offseason. And one that puts the Cowboys in a really nice spot to “take the next step.”

A pass rush package with those two together on the field would be unbelievable to see, and while some have concerns about Ed Oliver's size holding up against the run in the NFL, his ability to play with leverage and penetrate gaps alleviate all my potential concerns.

And after all, if you add Ed Oliver to his already talented defense, your first round pick next year won't be in the top 20 anyway.

I hear what you’re saying about free agency but I tend to disagree with you. The truth is that there are very few times that free agent players live up to the contracts they sign with a new team. Nnamdi asomugha was regarded as the top free agent corner back in 2011 and the eagles signed him for $60 million. Everyone was upset that we got our bid and he didn’t do another thing while in philly. We watched Washington sign Albert hanesworth for over $100 million and he was unable to pass a physical a few years later. The way that we have drafted over the last ~7 years makes it so that we don’t have to take these huge chances on free agents and overpay. Furthermore, we end up finding guys that can produce like an Antwan woods, or joe Thomas. In general I like the approach Dallas has taken with resigning our own guys and drafting. That being said, this year, I think that at the right price, getting a safety like ET3, Adrian Amos, or Clinton-dix could be huge. Just depends on if other teams are going to throw a ton of money at them. I think we are headed in the right direction.

I’ll disagree with ha ha Clinton Dix and Adrian Amos already agreed with the Packers and the Earl Thomas situation is looking good because no one seems to be interested so if I’m Dallas 2 years $20 million take it or leave it antwaun woods I agree with dam good find Joe Thomas special teams or backup at best the object is to put a better team on the field than you had last year and that’s not happening right now and your suppose to go into the draft with as little needs as possible as of right now we have three big needs DT,DE,S thats three big needs right there we could have addressed 2 of them in free agency and we didn’t not to mention we need another receiver a backup RB a Swing tackle and a backup QB those are also needs yea 7 needs and six picks in the draft but yea we were smart to not get into free agency smfh

I agree with that contract for ET, it will come down to if he will. I understand what you’re saying about joe Thomas but having a guy that could come in if need be is huge and he is a really good special teams player. We have LVE, Jaylon and Sean lee otherwise he would be a starter. And sure you’re right that we need some help at DT, DE and safety, I don’t disagree with you. DE was solid until Gregory got suspended again (granted we knew that was always possible), DT we could use some more depth but it’s not like we are in desperate need. Collins and woods are more than capable starters with Crawford kicking inside for pass rushing. I won’t argue safety as heath needs to be a backup/ST player. But also, we have a lot of our own guys to resign, cornerstone pieces of the franchise. Free agency just started and there is 0 reason that we needed to jump in Day one and commit a ton of money to someone. We can allow things to play out, see where guys fall, resign our key pieces and then fill the gaps. There are a ton of WRs, and RBs that we can take in the draft and there is a lot of depth at all of our positions of need. We just got back into good shape under the cap for the first time in a long time, going and throwing a ton of money at one player, that you hope will work in our scheme, is a huge risk. I agree about needing to sign some free agents but the way they’re handling it has shown to be successful. Youngest roster in the league was one possession away from beating the eventual NFC champions on the road.

That’s fair. I personally really like Collins and think he is a great 3 tech to pair with Woods. Collins, when healthy has been really productive rushing the passer from the DT position. But I respect your opinion there. There is still tons available in free agency, and we can easily re-sign Parnell or Fleming as a quality swing tackle. Again, I agree with you 100% with ET and even Houston or another pass rusher (I would probably prefer a more traditional 4-3 DE than a 3-4 OLB, but that’s my opinion) as long as they are at the right price.

I’m onboard with you, Nick. I think DE & S are our biggest needs. But Washington has proven that throwing big bucks at FAs just doesn’t work. I like the way we’re building the team and I see no reason to change that. Signing DLaw is where our big money should go. He’s earned it.

Too much to pay. Of course Dallas could have drafted Poona Ford last year in the 7th but thought he was too short. Seattle turned him into a really good player.

Dallas needs to hold their water, let the BPA fall to them at 58 with priorities of Edge, S or DT, sign their own guys and bargin shop in FA. 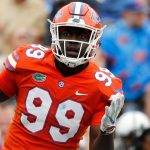 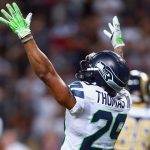