It's no secret the Cowboys are in the market for defensive backs in the 2019 NFL Draft. Looking to improve at safety and potentially at cornerback, they may end up targeting some defensive backs with position versatility.

Virginia's Juan Thornhill might just have that versatility, and it appears the Cowboys have noticed. This week Thornhill made news by listing the Cowboys in his scheduled pre-draft visits, according to Andrew DiCecco.

Juan Thornhill said he has visits scheduled with the Cowboys, Chargers, Rams, Bills and the Seahawks.

Thornhill was the star of the combine in terms of safeties, running a 4.42 40 yard dash and having a 141 inch broad jump. Athletically, Thornhill testes similarly to guys like Obi Melifonwu, Marshon Lattimore, and even Byron Jones. All three of which are athletically freaky defensive backs.

On film Thornhill looks most like he'll be a cover three safety or corner in the NFL, but with his traits and abilities there's also a chance the Cowboys could use him in the box, particularly in coverage against tight ends.

He's a smart player against both the run and pass, with good play recognition and the ability to act on that recognition as well. He's not an overly physical player, or a particularly great tackler, but he projects favorably enough in these areas to be used in the box at the next level, as he often was in college.

This versatility is likely intriguing to the Cowboys, and I could see them projecting Thornhill into that rookie year Byron Jones role, where he plays primarily in the box and is matched up in man coverage with tight ends. 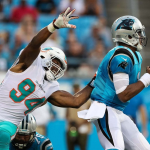 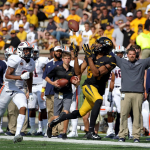