This season hasn't gone according to plan. Entering the season, there was a lot of optimism that the Dallas Cowboys could be a contender in the NFC. That hype has all but dissipated, even as they still have the inside track to the playoffs if they win the NFC East. It's been a disappointing and frustrating turn of events from the 3-0 start the Cowboys got off to in September. Everyone from fans to players, to the coaching staff, to the front office is frustrated at how this season has gone.

As the Dallas Cowboys fell to 6-7 and 3-7 in their last ten games, much of the blame and focus has been put on the coaching staff for the team's inadequacies. While that may be true, responsibility for this midseason collapse is a shared one and the players need to own their part of it as well.

Louis Riddick speaking Get Up on ESPN summed it up with a simple statement to “be a pro.”

Basically what he's saying is there are things that are happening on the field that the players need to be responsible to. Things that require the players to better execute their jobs. The Cowboys on both sides of the football continually make mistakes and they haven't been able to overcome those shortcomings in recent weeks.

The Dallas Cowboys remain the league leader in dropped passes with 32 on the season per Pro Football Focus. The Cowboys average nearly three drops a game. As much as we want to blame the coaches for this team's shortcomings, they can't go out and catch the ball for Quarterback Dak Prescott.

Among wide receivers with at least 65 targets, the Dallas Cowboys starting trio of wide receivers, Amari Cooper, Michael Gallup, and Randall Cobb are each in the top 20 in drop percentage in the NFL. The three also are in the top 12 in total drops in the league, with Michael Gallup tied for first in the NFL with 10 drops on the season. Throw Jason Witten into the mix and the Cowboys have four players in the top 20 in total drops in 2019.

As good as their offense has been, it's really hard to overcome that many drops.

On the defensive side of the ball, the thing that's plagued the Cowboys this season is their inability to tackle. Per Pro Football Reference, the Dallas Cowboys are tied for first in the NFL in missed tackles.

It's an issue that has hurt them at every level of the defense. Leighton Vander Esch leads the team in missed tackles with 12 though he's missed three games this season. Xavier Woods, who was expected to take a step forward this year has missed 11 tackles on the season. Sean Lee's missed nine and Jaylon Smith eight.

Those missed tackles have been a huge issue and it reared it's ugly head again several times on Thursday night against the Chicago Bears. You can't be a good defense and miss as many tackles as the Dallas Cowboys have in 2019.

Rounding out the three phases of the football game is the special teams play, namely Brett Maher.

Maher's league-leading 10 field goal misses have stung this team throughout the course of the year. Several times a field goal would have put the Cowboys in a better position to either tie or attempt to take a lead at the end of the game. Instead, like Thursday night in Chicago, the Cowboys had to hope for an onside kick after kicking a field goal to bring the margin to within seven. Had Maher made a field goal earlier in the game, the Cowboys could have been driving to potentially tie the game and force overtime.

These things are fundamental aspects of the playing the game of football and the Dallas Cowboys have been bad in all three. Teams may be able to get away with one of these three issues, but not all three. Even the New England Patriots and the San Francisco 49ers have had a lot of drop in the passing game, but they aren't missing a lot of tackles.

Good football teams are able to do the simple things really well and tackling, catching the football, and making kicks should be considered fundamental things. While coaching has been a big issue for this team, these players haven't played up to the potential we all thought they had prior to the start of the regular season.

If the Cowboys hope to finish the season strong, they have to correct these simple issues that have killed them all season. If they don't, it won't be long till we start looking at what the 2020 offseason and NFL Draft have to offer. 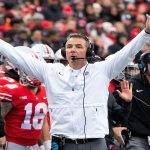 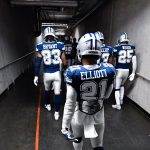