What a day to be alive! The Dallas Cowboys play a relevant football game today versus the Carolina Panthers on the road in a match-up that has America's Team labeled as a three-point underdog. This is the beginning of the 2018 campaign, in which Cowboys' fans all around the world remain hopeful for a sixth Lombardi Trophy.

But even if it sounds cliché, let's take this one game at a time. I present to you, my Cowboys Wishlist for the 2018 NFL Kickoff!

One of the best things about football being back is the fact that Dak Prescott has the chance to silence all of his offseason doubters. Playing against a decent defense in Carolina, I wish Prescott has a multiple touchdown game and throws for more than 250 yards. It could be rainy during game time, but I hope that's not an issue.

The Cowboys will be facing a pretty dangerous mobile quarterback in Cam Newton, but fortunately his offensive line is far from being the best in the business. In fact, it is a weak spot I expect the Cowboys to explode during the game. It all points towards Randy Gregory being the team's starter at RDE, and paired up with DeMarcus Lawrence, I wish they bring down Newton four times in a game that could be define by this sort of plays.

Wish #3: Jeff Heath Has a Day VS Greg Olsen

Byron Jones was the guy to erase tight ends from football games but since he's moved on to the cornerback position, that role might fall into Jeff Heath's lap. If that's the case, then his plate will be full today as he's set to line up against one of the best tight ends in the NFL. Greg Olsen will be dealing with a back injury but that won't stop him from playing. I wish Jeff Heath has a great day and shows he can handle big time players such as Olsen.

Wish #4: Michael Gallup Puts Himself on the Map

It's finally time to see how the Cowboys' offense looks with a new set of players on the receiving department and the biggest name to watch has to be third-round rookie Michael Gallup. He has been impressive in training camp and in preseason and I can't wait to see him play against the Panthers today. Even as a third rounder, he has the potential to be this team's WR1 at some point this season. I wish he's able to get 5+ receptions and more than 50 receiving yards. Oh, and throw his first career touchdown in there. 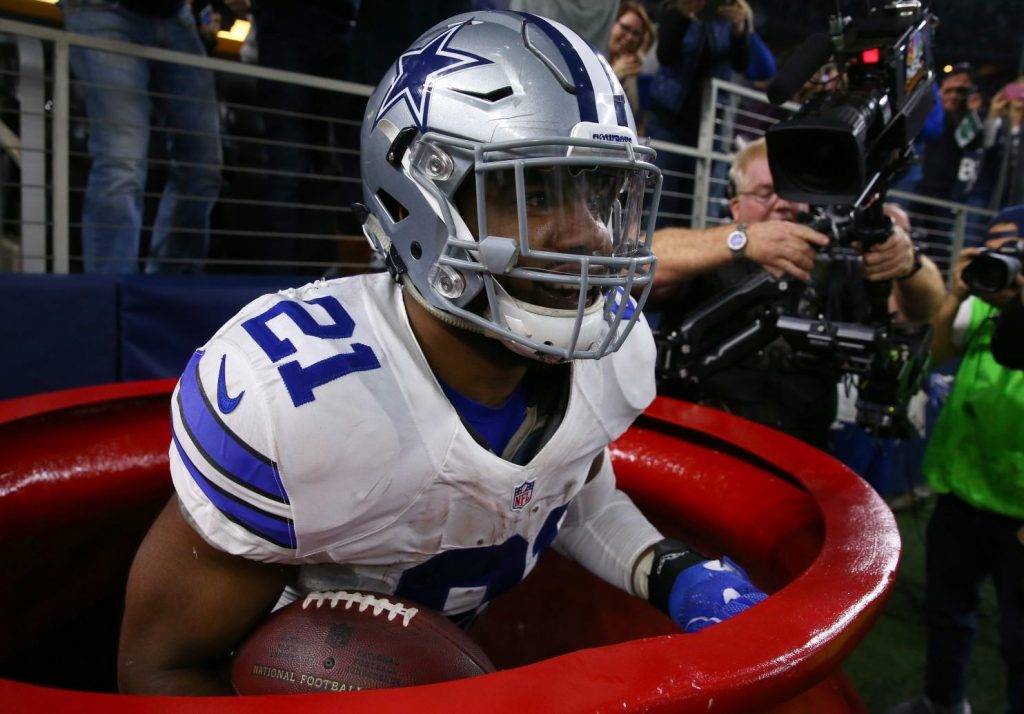 Jerry Jones couldn't have said it better. “So, get ready, Zeke. We need the running game big boy.” Once the Cowboys take the field, it might just be raining in Carolina. While many do not like this, the truth is it might give Dallas an edge since their strong department is the running game. Ezekiel Elliott will take the field for the first time in 2018 and we can't wait to see him. 2017 is behind him and it's time to unveil his best version of himself tonight by running for more than 100 yards and scoring at least a touchdown. I can't wait until I can start yelling “Feed Zeke!” at my TV. Football's back.

What's on your Cowboys Wishlist? Let me know in the comments section below or tweet me @MauNFL to talk all things Cowboys!

Mauricio Rodriguezhttps://www.facebook.com/PrimeroCowboys/
I love to write, I love football and I love the Dallas Cowboys. I've been rooting for America's team all the way from Mexico ever since I can remember. If you want to talk football, I'm in... You'll find me at @MauNFL.
Previous article
Ezekiel Elliott Ready for Huge Workload If Called Upon
Next article
Week 1 Injury Report for Dallas Cowboys, Carolina Panthers