Well Cowboys Nation, how are you feeling right now about the Dallas Cowboys current roster? Are you satisfied with the veterans and rookies they've added this offseason? Do you believe more upgrades are necessary? I don't know about you, but all of these questions have been weighing on my mind here lately.

With all of these questions running through my head about the current state of the Dallas Cowboys roster, I decided to put together a pre-training camp depth chart as a visual aid of sorts. I didn't add all of the players they currently have under contract, instead I tried to go just three deep at each position because the odds are against any of the players ranked lower than that making the roster.

I think it's important to remember that this is in no way me trying to predict what the Dallas Cowboys final 53-man roster may look like when the 2019 season gets underway. This is just my way of creating a visual aid to get a better understanding of the depth the Cowboys have at each position right now.

Here's an idea of what the Dallas Cowboys depth chart looks like right now: 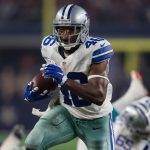 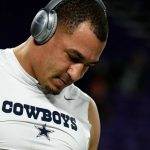