Last season was the first since 2013 that the Dallas Cowboys didn't have the All-Pro tandem of Travis Frederick and Zack Martin anchoring their interior offensive line. With Frederick thankfully returning from last year's medical issues, Dallas looks forward to having their dynamic duo back for the 2019 training camp and beyond.

In addition to Frederick's return, the Cowboys are hoping to enjoy the second-year progress of Connor Williams at left guard. He's reportedly put on weight and continued his physical development to better play the position after converting from a collegiate offensive tackle.

Like most positions for the 2019 Cowboys, there's no questioning who the starters are this year. The real intrigue for camp and preseason comes further down the depth chart, where a surprising draft pick may have a major impact.

Here's the projected depth chart for the guard and center positions in 2019 so far:

Dallas may have the best and deepest G/C talent in all the NFL. Joe Looney could start for a lot of teams, and he's back this year as a fantastic reserve coming off a full year of starting experience.

Su'a-Filo started eight games last year, moving up due to an injury to Connor Williams but then holding the job with solid play. Williams earned the job back by the playoffs, but Xavier still has plenty of value.

Given their depth with Looney and Su'a-Filo, it was a surprise when Dallas used their 2019 3rd-round pick on Penn State's Connor McGovern. But if you look beyond this coming season, the pick makes a lot of sense.

Most expect this year to be Offensive Tackle La'el Collins' last with the Cowboys, as he should be too expensive to re-sign next year. McGovern has the versatility to play tackle, but so does Connor Williams. We should expect one of the Connors to be the starting right tackle in 2020, and the other starting at left guard.

Even if McGovern isn't a big factor in 2019, though, he still occupies one of the 53 roster spots. Will Dallas go long to keep him, or Connor steal that spot from Looney or Su'a-Filo?

Joe Looney is the more valuable player given his versatility, but that also makes him a more attractive trade piece. If the Cowboys can get a good return moving Looney to another team, they may be content with McGovern as the reserve center and Su'a-Filo backing up at guard.

Adam Redmond, who was with the team most of last year as the backup center, is also a factor. If the Cowboys trade Looney but don't love McGovern at center, they could also keep Redmond as the sixth interior linemen or even keep him over Su'a-Filo.

Cody Wichmann is an underrated name given that he has 18 career starts from his time with the Rams. But his career hasn't had any momentum since 2016, and he feels more like a camp body now than a legitimate contender for a job.

Lastly, we have to mention Larry Allen Jr. There is no denying the intrigue in the son of arguably the greatest guard in NFL history. But Junior doesn't have his father's physical gifts, and the practice squad is probably the best he can hope for this season. 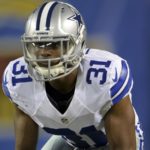 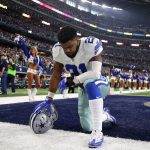