Since being selected in the fourth round of the 2020 NFL Draft, it's long been assumed that Center Tyler Biadasz is the answer at the position. Of course, playing the same position for the same school as Travis Frederick doesn't help. However, winning the Remmington Award for College Football's top center put high expectations on Biadasz despite his draft slot.

Biadasz was up and down in his rookie season, as much of the 2020 Cowboys' offense was. After taking over as the starter in week two of the season, the former Badger started just seven games for the Cowboys, missing weeks 9-15 and week 17.

Per Pro Football Focus, Biadasz allowed just one sack and 11 total pressures in 274 pass-blocking snaps in 2020. His 97.8 effectiveness rating ranked 28th at the position.

He was solid in his first-year stint as a starter, but like with all rookies, there were some growing pains. His injury struggles, in particular, put a damper on his first season.

It's expected that Biadasz will take a step forward in his play and has put the injury situation behind him. Though the Dallas Cowboys have several Pro Bowl-caliber players on their offensive line, they need stability at the center position for it all to come together.

Dak Prescott needs to know that he can rely on the middle of the offensive line to provide a solid pocket for him to step into when facing pressure off the edge. Zack Martin is the best guard in the NFL, and Connor Williams is a solid starter. The Cowboys need Tyler Biadasz to show he can be a solid, reliable starter so the team can have some consistency and continuity along the offensive line.

We better hope he can stay healthy, cause we don’t have another center to play in his place if he does get hurt!! We only have a couple of guards that’s played a little bit of center before, and that don’t sound too good!! 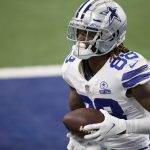 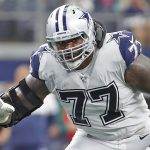