Dallas Cowboys Training Camp Battles To Be Excited For

The Dallas Cowboys began their first official training camp practice in Oxnard, CA this past Thursday afternoon. So far there have been some great notes and players that turned some heads and make plays on both sides of the ball, but most of all this team seems focused in the early parts of camp.

The fact that we have some football to discuss after the players were off over the past six weeks should get everyone excited and pumped for what is to come. As training camp kicks off, let's dive into some battles that I am most intrigued to see shake out over these next few practices. 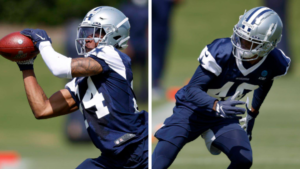 This battle for the 2nd cornerback spot opposite of second-year player Trevon Diggs is the one I am most anxious to see unfold between 2nd round pick Kelvin Joseph and 3rd round pick Nahshon Wright.

On the first day of camp, Wright has already shown the aggressiveness, length, and toughness that defensive coordinator Dan Quinn raved about during the draft process as he managed to get three pass breakups and a near interception.

So far it seems Wright has used every ounce of energy to make plays as he was heavily criticized by media and draft experts when being selected on Day 2 of the NFL Draft. On the flipside, Joseph has not yet made the impact like Wright but he's shown that he can handle the workload and keep up with the pace of these practices.

As we continue to further evaluate this battle, the Cowboys seem to have two players that can bring some attitude to a defense that was historically bad last season. 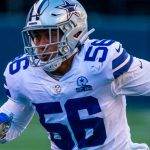 The second battle will be for the backup defensive end role between second-year player Bradlee Anae, who was inactive for most of the 2020 season, and Dorance Armstrong, who has made a minimal impact since being drafted by Dallas in 2018.

I like for Anae to win this spot because I believe he has a lot more upside in the run and passing game than Armstrong has ever shown. Anae has the natural ability to rush the passer as that is what he did so well at the University of Utah, but he will need to prove to the coaching staff he can be effective in the run game to get on the field. 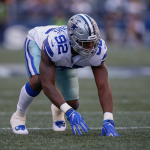 Armstrong seems to not have a specific role with this team so it will be interesting to see how he can play in this new defense that Quinn will be running.

We have more training camp practices coming as well as preseason to give us a glimpse of who will have the upper hand at this backup spot but I believe Anae in the end will come out on top. 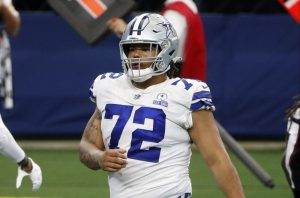 Lastly, this position is not receiving much attention due to the fact third-year defensive tackle Trysten Hill is still recovering from a Torn ACL he suffered in the early part of last season, and free-agent signing Carlos Watkins has yet to show what he can do.

It may not be as exciting to most fans but this backup defensive tackle spot will be important as a rotational piece in Quinn's defense. I would like for Hill to have a good recovery so he can put together a good training camp and get some preseason snaps as he has shown flashes but not enough to guarantee himself a spot.

Watkins will be a camp body but I may be wrong and he may prove to be a solid rotational contributor. We will have to see how this spot will shake out as Hill continues to rehab but Watkins can use this opportunity to prove his worth while Hill is on the sideline.

Alec Cash
I am a 24-year-old Cowbys Content Creator with exceptional skills in Published Writing, Public Speaking and Podcasting. Sports Writer Covering the Dallas Cowboys for Inside The Star.
Previous article
Trevon Diggs is Ready to Take More Advantage of his Opportunities in 2021
Next article
Neville Gallimore Has Taken “Huge Jump” Heading Into Year 2