When you can get after the quarterback it can dramatically help your defense, that's a given. Well, the Dallas Cowboys have a few guys on their defensive line that can do just that. DeMarcus Lawrence and Randy Gregory are considered by many to be the Cowboys' two most talented pass rushers and their stories in the NFL started almost simultaneously.

Lawrence was drafted 34th overall in the second round of the 2014 NFL Draft out of Boise State. A fractured foot in training camp forced him to not see any game action until Week 9 and he finished with only nine tackles and zero sacks. A year later he'd finish with a team-high eight sacks before suffering a four-game suspension in 2016 which saw his production drop to one sack in only nine games. He would bounce back by registering consecutive double-digit sack campaigns which included a second-team All-Pro nod in 2017.

Gregory similarly entered the NFL as the 60th overall pick in the second round of the 2015 NFL Draft out of Nebraska. A high ankle sprain derailed his development as a rookie and he finished with only 11 tackles and no sacks. He missed 14 games in 2016 due to multiple suspensions for violating the league's old substance abuse policy but did register his first career sack in Week 17 against the Philadelphia Eagles. Gregory wouldn't make an appearance on the field in 2017 or 2019 due to suspensions as well, however, he would make his name known in between those lost seasons.

2018 saw Gregory appear in 14 games and rack up four sacks between Week 10 and Week 14. His six sacks finished second on the team to the 10.5 put up by Lawrence. What was also becoming apparent was how much of a deadly combo these two talented edge rushers could be as both recorded sacks in Week 11 and Week 16.

That chemistry has continued in 2020. After Gregory missed the first six games due to terms of his conditional reinstatement, he would record his first sack (two for the game) since December of 2018 against the Washington Football Team on Thanksgiving which was assisted by pressure from Lawrence. This was also the third time the duo recorded a sack in the same game.

Randy Gregory with the sack. DeMarcus Lawrence helping out.

Lawrence acknowledged recently how much Gregory has improved since returning to the field this season.

“You can see that he's starting to mature more, understanding what's at stake,” Lawrence said, via Michael Gehlken of the Dallas Morning News. “I feel like he's doing great. I know that he'll continue to strive for greatness.”

Lawrence is the third-highest graded edge rusher in 2020 according to Pro Football Focus and has recorded at least a half-sack in five of the last seven games. Gregory has been playing excellent football as well as he's been one of the most effective pass rushers himself since his season debut in Week 7.

Lawrence and Gregory are only 28 years old and have an abundance of football ahead of them. In Gregory's case specifically considering he's only appeared in 33 games even though this is his sixth NFL season. It's safe to say the Cowboys will do everything they can to keep this combination together for the foreseeable future.

What am I missing here? Tank is signed long term but isn’t Randy a FA after this year? I fear someone wisely money whips him. Hope he has some loyalty to Da Boys.

I think they will be even better if they had better DTs. If the QB can’t step up in the pocket, Lawrence and Gregory will know exactly how to get to him.

agree on the importance of the DTs

I wanna say the cowboys have the rights to Gregory thru next. He is their best pure pass rusher and has the agility to make plays down the line. He gets washed out of the play sometimes due to his slight build….but its a trade off. Still really like him.

Dallas gave Gregory a one year extension. He is signed through 2021.

Randy is a natural born pass rusher. He wasn’t raw coming in, with a set of pass rush techniques already at Nebraska. Now that pot (FINALLY) is off the testing, he should have some great years coming. He seems to be a good guy, and I’ve been waiting for the NFL to end its hypocrisy over weed for him to get this chance. He’s gonna blow up next year. Mark it down.

Zman- Amen to all that brother.

Chuck Wright…. We gave him an extension for one year when he got reinstated this year!! We’ll have him for next year too!! And I’m sure if he starts out good next year he’ll get another extension, if we don’t extend him during the off season!! 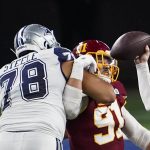 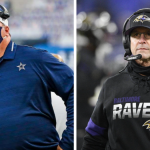