The quarterback position was a disaster for the 2020 Cowboys.

Though they went into the season expecting to have their franchise guy at the helm, a brutal early season injury ended Dak Prescott's season right as it was getting started. This led to a revolving door at the quarterback spot for several weeks in Dallas, before Andy Dalton finally got healthy and held onto the job to finish the year.

One of the guys who got a spot start with Dalton out was the veteran Garrett Gilbert. 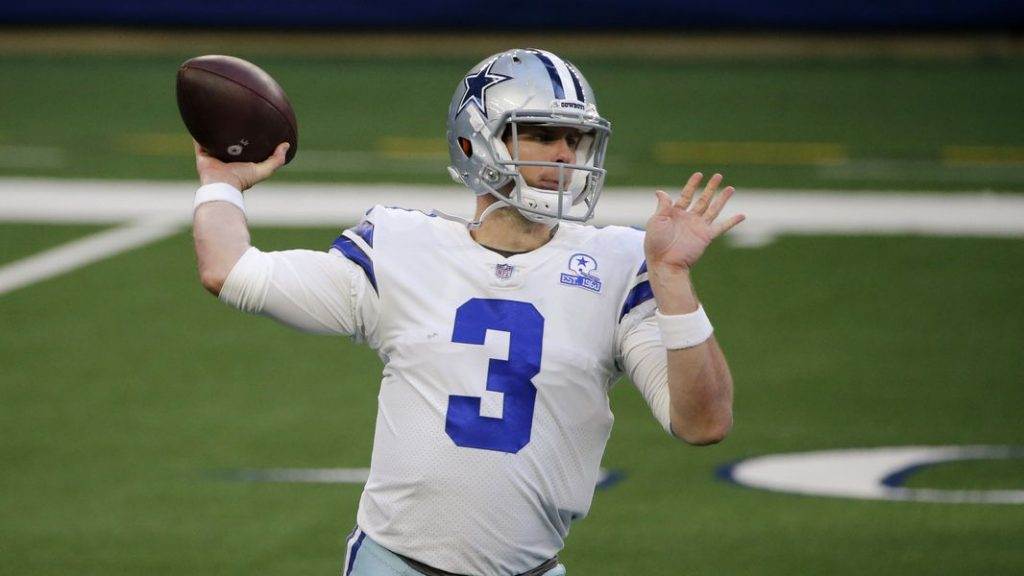 Gilbert, who bounced around the league before falling out of it entirely, signed a two year deal with the Cowboys in October of last year. He only appeared in one game in 2020, but the performance was…decent enough to earn him consideration as the backup going forward.

Garrett Gilbert's lone start came against the Pittsburgh Steelers, who were unbeaten at the time. Dallas didn't beat Pittsburgh, but they played way more competitively than anyone expected them to prior to kickoff. Gilbert finished the game 21 of 38 for 243 yards and a touchdown. Not great stats by any means, but he was competent the entire game. And that was way more than Dallas had gotten from Ben DiNucci and Andy Dalton in previous weeks.

Now Gilbert enters the 2021 season with a chance to compete for that QB2 job.

The aforementioned Andy Dalton is entering unrestricted free agency, looking for a chance to start somewhere else. Ben DiNucci certainly didn't earn glowing reviews from Jerry Jones, and a tight salary cap could hinder the Cowboys from looking on the open market for a backup quarterback.

The Cowboys' number one priority this offseason should be getting Dak Prescott extended, but they can't ignore his backup completely.

Garrett Gilbert isn't an exciting option if Prescott were to go down in 2021, but he did earn a chance to compete for the job during his lone start last season.

Kevin Bradyhttps://kevinrobertbrady.wordpress.com
Die-hard Cowboys fan from the Northeast, so you know I am here to defend the 'boys whenever necessary. Began writing for a WordPress Cowboys Blog, and have been with ITS since 2016.
Previous article
Cowboys/Steelers Expected To Play In 2021 Hall of Fame Game
Next article
Brian Martin’s 2021 NFL Draft Tight End Rankings

"Dak is our quarterback." Those should be the House words of the Dallas Cowboys. They've been repeated countless times in interviews and press conferences...
Read more
Cowboys News

Perhaps better stated, “Gilbert is default QB2 by virtue of DiNucci giving it away”

I thought he came in and did a good job but I would feel a lot better if we could keep AD ! Even after battling COVID and a concussion he played what I thought pretty well! The last few games CD and Some others dropped passes in crucial situations that would have resulted in wins! Just as we seen this year a starting QB can be lost at anytime!

I like Gilbert. He’s mobile. Smart. Good arm. Give him a chance.

Dalton would be preferable to GG at backup. But GG did look better than “decent” vs Steelers. I would give him a longer look to see what we have in him.

Not a bad backup. He played nicely vs the Steelers. And he is home grown talent (Texas and SMU) !

One game means nothing good or bad. Bring him to camp and let him compete.

As for Gilbert’s not-particularly-sexy numbers in his one-game audition: what if he had had an NFL offensive line in front of him, and played against say a middle tier team instead of the only undefeated team in the league? I’m not suggesting a statue for him or anything, just come on. Given the circumstances, he delivered an NFL-quality QB2 performance. I don’t see how that’s even a question.

However, if Code Red can be persuaded to return in the QB2 role, grab him. Keep Gilbert, if he will stay, as the runaway champion QB3 in the league.

Garrett Gilbert is a good QB and played pretty well against Pittsburgh. He’s a native Texas kid and was great at Lake Travis high school. Let him play.