The Cowboys went into the 2019 NFL Draft without a first round pick, but they certainly made the most of the selections they did have.

With their first pick in the second round, they added UCF defensive tackle Trysten Hill, hoping to give a much needed boost to their depth on the interior. In the third round they shocked their fan base a bit by going after Penn State guard Connor McGovern.

But, in the fourth round, they may have found just what their offense needed to take the next step in Memphis running back Tony Pollard. Of course, being that he is a running back on the same team as workhorse Ezekiel Elliott, you'd expect it to be tough for Pollard to find consistent opportunities on Sundays.

The Cowboys knew exactly what they wanted to do with Tony Pollard when drafting him, though, and having that plan set from the beginning will certainly help to blend him into an offense which could use his unique skill-set.

Rookie of the Year is likely a lofty goal, especially with multiple first round quarterbacks coming off the board in this year's draft class, but Tony Pollard will certainly make a national name for himself during his rookie season. Pollard won't be carrying the ball 10-15 times a game as a runner, but he will be used in a variety of creative ways which should help add a dimension to this Cowboy offense which they have yearned for in recent years.

Pollard caught a combined 104 balls for 1,292 yards and 9 touchdowns at Memphis, accounting for more than half of his collegiate offensive production. These skills as a receiving back make him highly valuable to the Cowboys as they look to be more multiple and versatile on offense. Still, at 6'0″ and 210 pounds, Pollard can tote the rock and spell Elliott as a runner when needed as well.

No, I don't really think that Tony Pollard will be a Rookie of the Year candidate come next January, but that doesn't mean he won't be the most valuable rookie of the Cowboys 2019 class.

Pollard may be asked to contribute in big ways right from week 1 this season, and if he can live up to this offseason hype, the Cowboys offense will be as dangerous as ever. 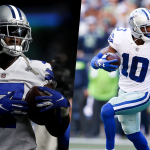 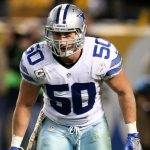