Reggie Robinson’s first year in the NFL didn’t go exactly to plan. COVID-19 restricted on-field team work where, where he and his fellow rookies weren’t able to acclimate with their teammates until training camp.

Then with no preseason, Robinson didn’t get an opportunity to display his ability on the field.

He was switched from his college position at corner to his high school position at safety. And for whatever reason, Robinson fell out of favor with former defensive coordinator Mike Nolan.

Now with a new defensive coordinator and a return to a cover-3 scheme, there’s a chance Robinson could earn the first significant playing time of his career.

As the Dallas Cowboys get ready to leave for Oxnard, California to open up 2021 training camp, the cornerback position remains a bit of a questions mark.

The Cowboys drafted Kelvin Joseph and Nahshon Wright to help with the turnover at cornerback and to add some length and athleticism to the position as well. But as second and third round picks, there’s no guarantee they’re the long-term answer at the position either.

Jourdan Lewis looks to be the guy that will start at slot cornerback, but he’s had a bit of a roller coaster career too. He’s a player that will battle, but has sometimes been overmatched.

That leaves a bit of an opening for Reggie Robinson to find a role in Dan Quinn’s defense if he’s able to play well in training camp. Robinson has quite a bit of Kelvin Joseph to his game. An athletic player who can make plays on the football in the air. Though Robinson played against lesser competition in the American Athletic Conference, he had enough tools for Will McClay to believe that Robinson could play in the NFL.

Robinson has enough length, athleticism, and processing that he could fit in as a slot corner or as an outside cornerback. But will that translate to the training camp practice field or the preseason games.

As the Dallas Cowboys look to find their best group of corners for the 2021 season, they’ll allow everyone to compete and earn their opportunities. Though he might be flying under the radar, don’t count Reggie Robinson out of the mix just yet.

I agree…. Dan Quinn has said that he really likes Reggie Robinson and that’s why he decided to switch him back to corner!! I really think Reggie Robinson will make this team…. He may not get a lot of playing time on defense right away, but he should see plenty of time on special teams!! Robinson wasn’t only a good corner in college, he was also really good on special teams too!! I was one of a lot of people rooting for him to get playing time last season, and I’ll be rooting for him again this season too!!

Kelvin Joseph,Nahshon Wright,Reggie Robinson II,Israel Mukuamu,etc.
All these guys need to succeed to help the team’s future concerning the CB Position. Just imagine having more than 3 or 4 Successful draft picks that turn into Starters & Important Rotational Players. The More, the Better!

I actually thought he was drafted for his special teams ability. Hope he makes the team. Pretty sure in his limited action on special teams he made a big play on the kickoff team last year already.

Considering all things that happened last year, specifically the move to safety and ramifications of Covid, this is very much like a do over of Reggie Robinson’s first year.

A new coaching staff and the move back to corner might be just what he needs for a fresh start or restart of his career. 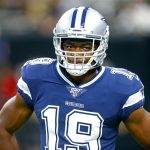 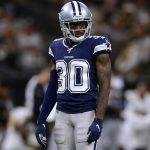