The weeks before and after every NFL Draft are when we naturally focus too much on the rookies. Sure, these players could shape the future of the franchise some day. But far more than Trevon Diggs or Neville Gallimore, it will be the veteran free agent additions who decide how the Dallas Cowboys' defense performs in 2020.

The Cowboys brought in some big names during the second wave of free agency: Defensive Tackles Gerald McCoy and Dontari Poe, plus Safety Ha Ha Clinton-Dix. These guys bring a combined nine Pro Bowls and were all former 1st-Round draft picks.

McCoy and Poe have been full-time starters since Week One of their rookie seasons. Clinton-Dix became a starter in his seventh game as a rookie and has been one ever since.

While none of these players were the priciest, top free agents available at their positions, this isn't the usual bargain bin activity we're used to from the Cowboys' offseasons. These are legitimate investments, immediate new starters, to help boost the defense.

I've been surprised by the lack of fanfare around these moves, especially when it comes to Ha Ha Clinton-Dix. It's almost like the hype around trying to get Earl Thomas or Jamal Adams the last few years made this signing feel like a letdown.

But say what you want about some of the flaws in his game; Ha Ha is better than most of the safeties we've had in Dallas for the last decade.

Sure, Gerald McCoy is 32 and in his twilight years. But he's still better than Maliek Collins.

And yeah, Dontari Poe is coming off a torn quad last year. But he's our first true nose tackle in years and a significant talent upgrade over Antwaun Woods, Terrell McClain, or anyone else we've had as a run stuffer since converting to the 4-3 defense.

Since switching to the 4-3 scheme under Monte Kiffin and Rod Marinelli, the Cowboys defense has been built to not give up big plays. It was designed to compliment an offense which would chew up clock and put up enough points to win if the opponent's scoring was held in check.

That strategy has generally worked in the regular season against the bad-to-average opponents. But playoff contenders have the play-making talent to beat that kind of defense. We've seen that play out in Dallas' early playoff exits and other close-game losses.

It appears that the Cowboys defense under Mike McCarthy and Mike Nolan will be using a different strategy. They are adopting the more aggressive approach of trying to force turnovers rather than field goals.

Again, look at Ha Ha Clinton-Dix. While he has been known to give up some big plays, he's also pulled in 16 interceptions in his seven seasons.

The entire Cowboys defense only had seven interceptions last year.

Clinton-Dix, along with Gerald McCoy and Dontari Poe, reflect the Cowboys' desire to add more play-makers to the defense. These are all guys who've earned Pro Bowl trips off impact plays.

Sure, there are red flags in every case. McCoy's age, Poe's injury, Ha Ha's occasional errors and tackling issues; they're why these players were still available in late March and early April.

But all of these veterans have proven that they can be game-changers. They're upgrades over the “bend but don't break” journeymen that Dallas has employed for a while now at their positions.

And far more than any Day 2 rookies, these new free agent additions will be what makes or breaks the Cowboys' defense in 2020.

Good read, I think with the offense running on all cylinders such as scoring fast and often in the first half, the opposing teams defense will wear down quickly, the defense should hold up well enough to make the opposing offense get to far behind. Hopefully the Hot Boyz will hit them hard all game long and force them to make mistakes which turns into more points!

Thanks Victor. I think you’re right that Dallas intends to go for a more aggressive approach to football than what we saw from the Garrett years.

Agreed… us die-hard fans are just excited to see a “new everything” season begin. Huge turnaround of players and coaching should make for a serious run at the playoffs…PLAYOFFS???? oops… Go Cowboys!!!

You could’ve taken last year’s roster and, with better coaching, won the NFC East and perhaps contended for more. The combination of coaching change and roster moves make the playoffs an expectation, not a hope, in 2020.

Winning in the trenches has worked for the Cowboys’ offense for some time now. It’s odd they haven’t made that same investment in the defense. Nice to see the philosophical shift.

I agree with Everyone that having such a huge turn around with staff and players that we have become excited because I believe we all can agree we needed change in a major way!! Now that Jerry & Stephen has given us this change that we have craved, with change come expectations! IMO Big D will compete with the big dawgs of the NFL and really as it is with everybody it all comes down to staying healthy. IF and I know it’s a big IF we can stay healthy enough to make the playoffs and win our division!! It’s all about stayin away from those season ending injuries and then I believe we can make a solid run at an NFC Championship!!! I’m trying to stay cautiously optimistic about all of our change. With CeeDee in the slot/X/Y even at the X they can move Coop in the slot and that way we can really stretch some defenses to the point that Zeke can run all over EVERYBODY. Gonna be sweet to see that 88 coming back again and making some noise! IMO and I know we haven’t even snapped the first ball yet, but CD is the steal of not only the 1st round but the whole draft! Time will tell as it does with every draft selection. Ready for Camp to start and get some feedback!!!!

Agreed! The hardest part of the season now is just waiting for it to start.

Agreed and I think that will be Donovan Wilson in 2021, if not by the end of this season.

This is a little off topic. Okay…it’s way off topic but anyway. As the NFL season opener slowly gets closer, my excitement grows more intense, as it does every year. I’m filled with hopes, dreams and visions of having the kick ass magical team like we had in the 90’s. We’ve had many teams and players that were far more talented than the team that won us the Super Bowls of the 90’s but it was like they were just a well oiled machine and they clicked. Since then, I always say, this is gonna be our year where we show out and prove how good we are. Then as we get deeper into the season and I watch all that talent go out on the field and just lose for no good reason (2019)… that’s a harsh dose of reality. BUT COWBOY FANS… we’ve made big changes this year starting with the head coach. I feel a real excitement for this team and they’re going to be electrical. It just seems as though things are finally clicking for our Cowboys. We have Mike McCarthy as our head coach. In the 1st round of this year’s draft, CeeDee Lamb fell into our lap like pennies from heaven. We ended up on top of the dog pile in the draft this year. For the first time in a long time, we have a well oiled machine and all our parts are clicking. We have what it takes to make a serious run at the Super Bowl. If we can’t make it to the Super Bowl or at least get deep into the playoffs with the team we have this year…I just don’t know…wtf! I’ll always be a die hard Dallas Cowboys fan. 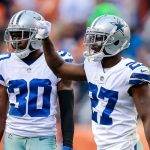 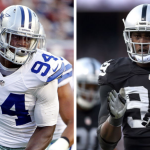